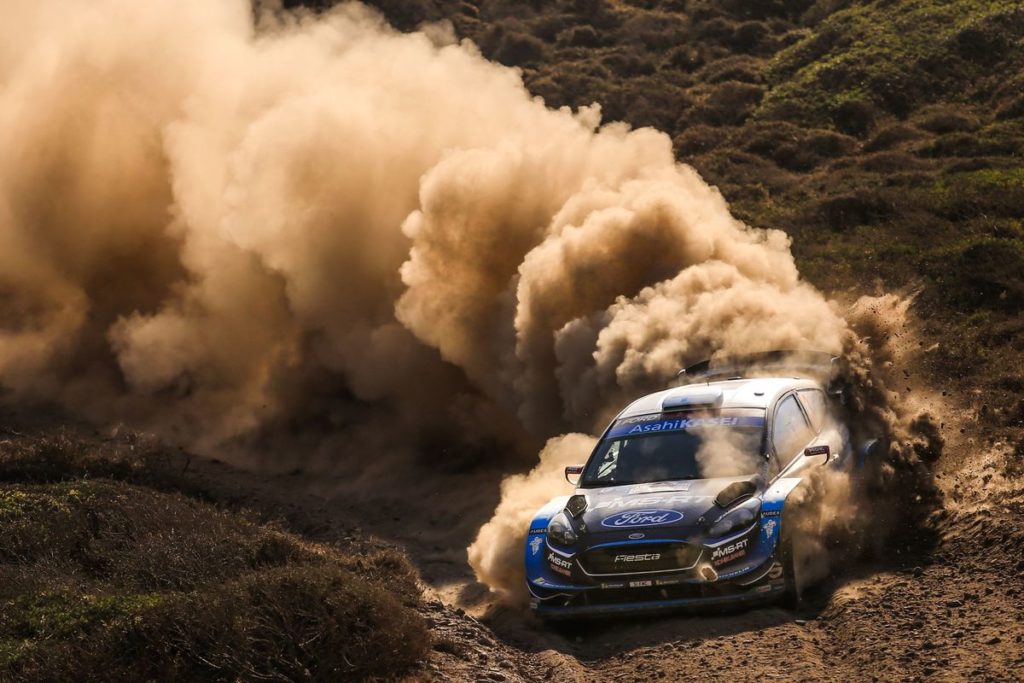 M-Sport Ford World Rally Team’s Teemu Suninen and Pontus Tidemand are ready to turn up the heat at next week’s Rally Turkey – the hottest and roughest event that the FIA World Rally Championship has to offer.

To best prepare for this demanding rally the team completed a two-day test on rough gravel, and additional protection and cooling are added to safeguard against the unforgiving terrain, slow average speeds and blistering heat.

The team also had a mammoth task on their hands when it came to logistics – the service park in Asparan a whopping 2,324 miles (3,740 kilometres) from M-Sport’s headquarters on the edge of the English Lake District National Park.

The EcoBoost-powered Ford Fiesta WRCs were loaded into the transporter on Friday 30 August before starting their journey to the Italian port of Trieste on Sunday 1 September. Travelling via Folkestone and Calais, the precious cargo arrived in Italy on Thursday 5 September where it was safely loaded onto the RoRo which sailed the following morning.

Having sampled the sights and sounds of Trieste, the team truck driver then flew to Turkey where the RoRo is due to dock into Cesme on the evening of Sunday 8 September. And upon clearing customs, only a four-hour drive remains before the Fiestas arrive ready to rally.

Team Principal, Richard Millener, said: “Rally Turkey is one of the most demanding events on the calendar with rough stages, slow average speeds and properly hot temperatures! It’s a tough test for the cars and the drivers, but I’m confident that we’ve got what it takes to deliver a strong performance. The Fiesta has always been strong and we historically perform well on the championship’s toughest events. The team completed a rough gravel test last week to confirm our additional protection and cooling packages, and with Teemu and Pontus we’ve got two really focused and ambitious young guys with a massive amount of potential. This rally is as much about being clever as it is about outright pace, and everyone will need to keep that in mind next week. It’s not going to be an easy event, but if we play it right then I think we’ve got a good chance of challenging for some strong results.”

RALLY TURKEY THE TOUGHEST TEST
As the toughest event in the FIA World Rally Championship, Rally Turkey is all about endurance and a smart rally is as important, if not more important, than outright speed.

The stages are uniquely rough with huge boulders strewn throughout. During other rugged rallies, event-ending bedrock can be marked in the recce but in Turkey the terrain is much looser and the crews need to remain vigilant during the course of the entire weekend.

Make no doubt about it, Rally Turkey is tough – and it’s the smartest drivers with the cleverest strategies who will bring home the silverware.

TEEMU SUNINEN JARMO LEHTINEN
Teemu Suninen and Jarmo Lehtinen will be looking to challenge for a strong result at Rally Turkey. The young Finn secured fourth place following a clever drive at the event last year, and will be looking to showcase that same level of maturity alongside his recent speed next week.

Teemu Suninen said: “Rally Turkey is a very hot and very demanding event. Physically it’s a big test for the drivers as it gets very hot inside the car and we need to make sure we have the energy to maintain our focus. The heat is also a big test for the cars and the tyres so we need to keep that in mind with our driving – adopting a smooth approach so as to not overheat things. The stages are also extremely rough and there are a lot of rhythm changes which makes it difficult to judge the right speed. I finished fourth here last year which showed the strength of the Fiesta and we’ll be aiming for a similarly strong performance this year – combining a clever approach with the right speed for the right sections.”

PONTUS TIDEMAND OLA FLØENE
Returning to the championship for the first time since Rally Sweden, Pontus Tidemand and Ola Fløene will be looking to show further progress behind the wheel of the top-specification Fiesta. Having contested the Turkish event last year, Tidemand knows what to expect and will be looking to use that experience to his advantage next week.

Pontus Tidemand said: “It feels great to be back in a world rally car and the Ford Fiesta WRC is by far the most amazing car I have ever driven! We completed two days of rough gravel testing with the team last week, and I feel in a pretty good position ahead of this challenging event. The heat will definitely take its toll – on the engines, the tyres and the crews! The extremely rough roads are also the toughest of the season and I know from last year that big rocks in the middle of the road can be devastating! My main goal is to have a really solid rally. For me, that means being able to get the most out of this fantastic car while showing good progress and development throughout the event.”

0 0 0 0 0
Previous : Škoda’s Kalle Rovanperä and Jan Kopecký are facing with their Škoda Fabia R5 evo toughest WRC rally of the year
Next : A heavyweight challenge for the C3 WRC