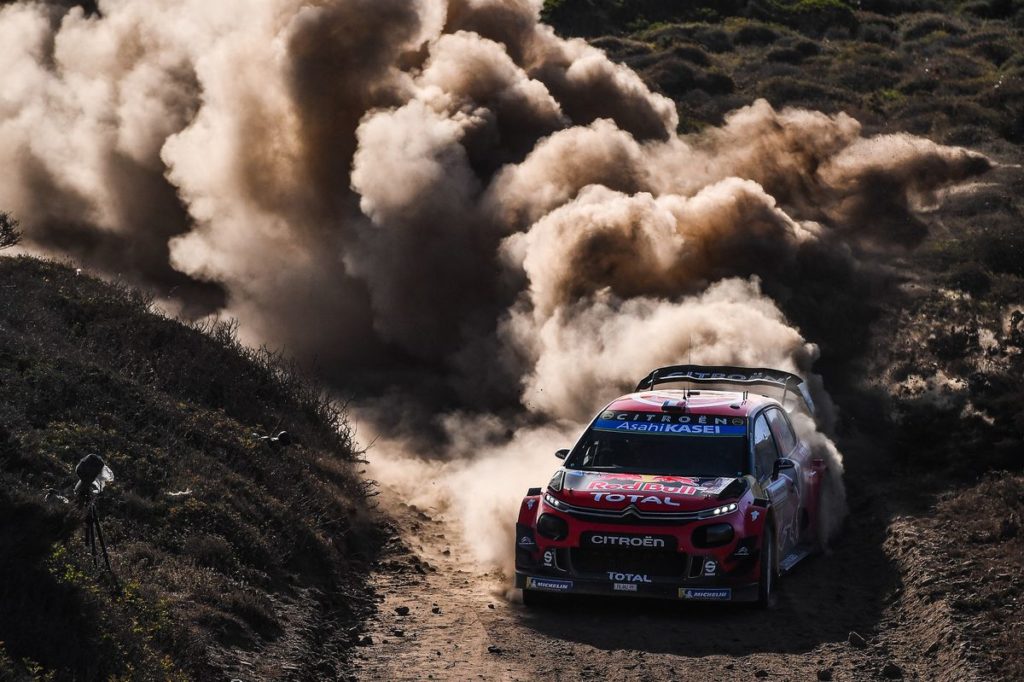 As the Citroën Total World Rally Team returns to Turkey, the country in which it won its very first WRC gravel rally back in 2003 with the Xsara WRC, its two crews Sébastien Ogier – Julien Ingrassia and Esapekka Lappi – Janne Ferm are determined to emulate the success of their celebrated predecessors. To do that, they will need to overcome the incredibly rough gravel roads at round eleven of the world championship.

After finishing last year’s event as top performers with five stage wins and briefly holding the overall lead, Sébastien Ogier and Julien Ingrassia proved once again their innate ability to adapt to new stages and take effective pace notes on a new event. There is little doubt therefore that they will be among the frontrunners again at this year’s Rally Turkey, the second to be based in Marmaris, after Kemer (2003, 2004, 2005, 2006 and 2008) and Istanbul (2010). Determined to fight tooth and nail to defend their title, the six-time world champions can also draw upon their considerable racecraft, a quality that is often critical at this type of event, where it is not all about pure speed. In running third in the starting order, the French crew will have the beginnings of a racing line to follow left by their two championship rivals, as they try to get the most out of the C3 WRC.

Galvanised by their impressive performance on gravel last time out in Finland, where they finished as runners-up, Esapekka Lappi and Janne Ferm have clearly made a big step forward in handling the C3 WRC on this surface. After hovering just outside the top five for long periods in 2018, the Finns are keen to show their talent on gravel again this year. They will be looking to adopt an intelligent approach, finding the right balance between pushing and keeping out of trouble. Provided those higher up the order do not loosen too many sharp rocks, starting in ninth position on the road means they should have cleaner roads and better grip.

In order to prepare for this extremely demanding event as effectively as possible, the Citroën Total World Rally Team headed to Greece and the feisty stages used on the Acropolis Rally for a pre-event test, on roads long considered to be the benchmark when it comes to rough gravel. Citroën technicians spent four days working particularly on the C3 WRC’s damper systems as they tried to improve its ability to cope with the uneven surface, whilst looking after the tyres on the incredibly rocky and hot Turkish gravel roads.

Pierre Budar, Citroën Racing Team Principal : “After last year’s event caught everyone by surprise in terms of the demands placed on the cars, this year we’re well aware of the challenge ahead of us in Turkey and have prepared accordingly. In particular, we had some productive test sessions on some of the most demanding stages in Greece. Reliability is bound to play a key role this weekend, as will the ability to keep out of trouble. It’s up to us to make sure we are at our best, because we are determined to get back on the podium and fight hard for the championship.”

Sébastien Ogier, Citroën Total WRT driver : “Last year’s stages were without question the roughest I have ever had to face in my entire career. The crew that won were clearly not the quickest, so perhaps we’ll need to adapt our approach this year, especially as we can no longer afford any mistakes in the championship. Testing went well, on roads that provided the kind of difficulties we’ll face this weekend. I hope the good feeling we had in testing will continue into the rally itself.”

Number of appearances at the event: 2

Esapekka Lappi, Citroën Total WRT driver : “You need to use your head at this rally and understand when it’s possible to push and when it’s better to take your foot off the accelerator and look after the car. It’s not necessarily my favourite type of rallying, but if we can manage to combine endurance, reliability, a bit of speed and some luck in avoiding punctures, then we shouldn’t be too far away from securing a good result.”

Extremely high temperatures, very low average speeds and tricky, technical roads with trouble around every corner and sharp rocks galore: the Marmaris version of Rally Turkey, added to the WRC calendar last year, has all the ingredients to become a modern day Acropolis Rally, previously regarded as the season’s rough gravel event par excellence. There are challenges everywhere you look for the teams at this round, with tyre wear, the risk of a puncture and cooling the major issues.

Although some stages have a different length to last year – some shorter, some longer meaning new pace notes will be required – the overall route remains unchanged. Only one new stage has been added, Kizlan (13.30km), on Saturday.

Like last year, the event starts in earnest on Friday with a very substantial main course, a 159.14 kilometre-long leg that is certain to test the mettle of the crews and their cars. It includes two runs on the very long Çetibeli stage (38.15km). Saturday still offers plenty for the crews to get their teeth into, with 110.10 kilometres of timed stages to negotiate, whilst Sunday’s sprint finish will be a lot shorter (38.62km).

0 0 0 0 0
Previous : WRC – Time to turn up the heat in Turkey
Next : The FIA World Rally Championship (WRC) heads back to gravel for Rally Turkey