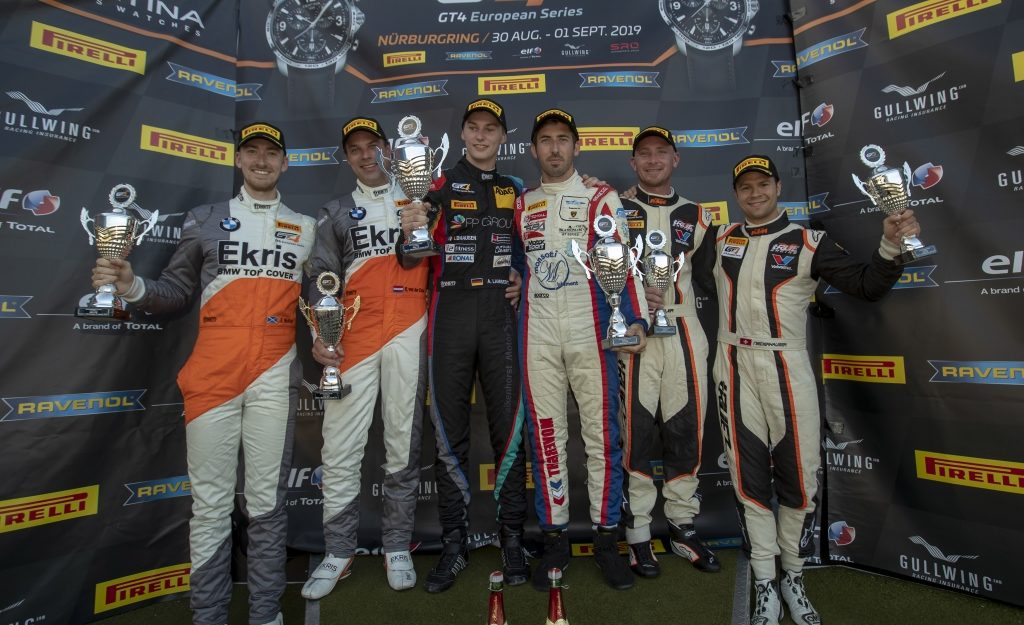 27-year-old Patric Niederhauser rounded off his first season in the GT4 European Series with an impressive string of successes, adding two more podium finishes at the season finale of the GT4 European Series to the two he achieved at the Nürburgring last time out in the ADAC GT Masters. With a race win and four finishes in the Top Three altogether, the True Racing driver and team-mate, Reinhard Kofler, came fifth in the drivers’ championship.

The pairing in the #16 KTM X-Bow did well early on in qualifying, securing decent positions on the grid for the two races. Niederhauser posted the fourth-fastest lap in Q1 while team-mate, Kofler, was sixth in the second session. Even though Niederhauser had to fight in the first race just as his team-mate had to in the second round, as they both lost several positions due to their lack of top speed as compared to their rivals, the duo fought hard to recover during the races. Niederhauser dropped back to 13th place at the start of Saturday’s fixture. The pair made good use of their experience, talent and the KTM X-Bow’s speed through the turns to gain a whole series of positions in both races. The crew on the pit wall at True Racing were equally as impressive with a fine show of pit stop strategy. 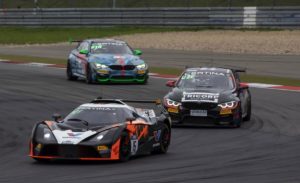 His debut season of the GT4 European Series may be over, but the Swiss driver from the village of Kehrsatz near Bern still has a tough time ahead of him. He and team-mate, Kelvin van der Linde, head the drivers’ championship standings in the ADAC GT Masters and could win the title this race weekend at the Hockenheimring (September 13th to 15th) even before the season has ended.

Patric, four podiums in a row at the Nürburgring. I think it’s fair to say that the circuit suits you…
“Yeah, for sure! I like the layout and know the track really well, but the podium finishes didn’t just happen by themselves. We put a lot of work into things as a team and I’m delighted to have achieved such a great result for everyone at True Racing to end the season. Of course, Reini and I would have liked to have finished on the top rung of the podium, but we were too slow in race trim.”

Too slow? What do you mean? You went on a mega charge in both races…
“After practice, we knew that we would have a pretty good chance of finishing ahead in qualifying. At the same time, we were a bit worried because our race pace was not brilliant. As you perhaps saw, I got away well in the first race but was overtaken by several cars. I started from fourth place and dropped back to 13th at the start. A similar thing happened to Reini in the second race.”

So how did you manage to move so far up front?
“It wasn’t easy, but we managed to catch up really well in both races. We exploited the KTM X-Bow’s strengths to the full. Fortunately, there are a couple of corners where you can overtake at the Nürburgring. We took full advantage of that, but at the same time, it was incredibly difficult to keep the other cars behind us along the straights. However, we were very successful. I’m delighted that we were able to finish the season on a high.”

A win at Brands Hatch and four podiums in all in your first year in the GT4 European Series. How would you sum up your season?
“Well, winning was obviously very special as was every single podium, actually. The team are incredible and I’ve got a terrific team-mate in Reini. He’s a good driver and a great person. It’s a pity, though, that the hard work we put in at True Racing throughout the season was not always rewarded. We were very focused this season, but unfortunately, things were often out of our hands, as with the penalty at Misano, for instance. But after such a great weekend, the positives outweigh the negatives, despite feeling that we could definitely have fought for the title given our pace and performance. “

Still, you can now focus on the ADAC GT Masters title…
“There are only four races left, and Kelvin and I have a decent 40-point lead in the championship, but it would be just as easy to lose the lead as wrap things up and win the title at the Hockenheimring. That’s why it’s important for us to take every session, every qualifying and every race as it comes, to go on being focused in our work and achieve the maximum. We know that it will be tough, because the Corvettes in particular will be very strong. If we do our job right, then two finishes in the Top Five should be possible.”