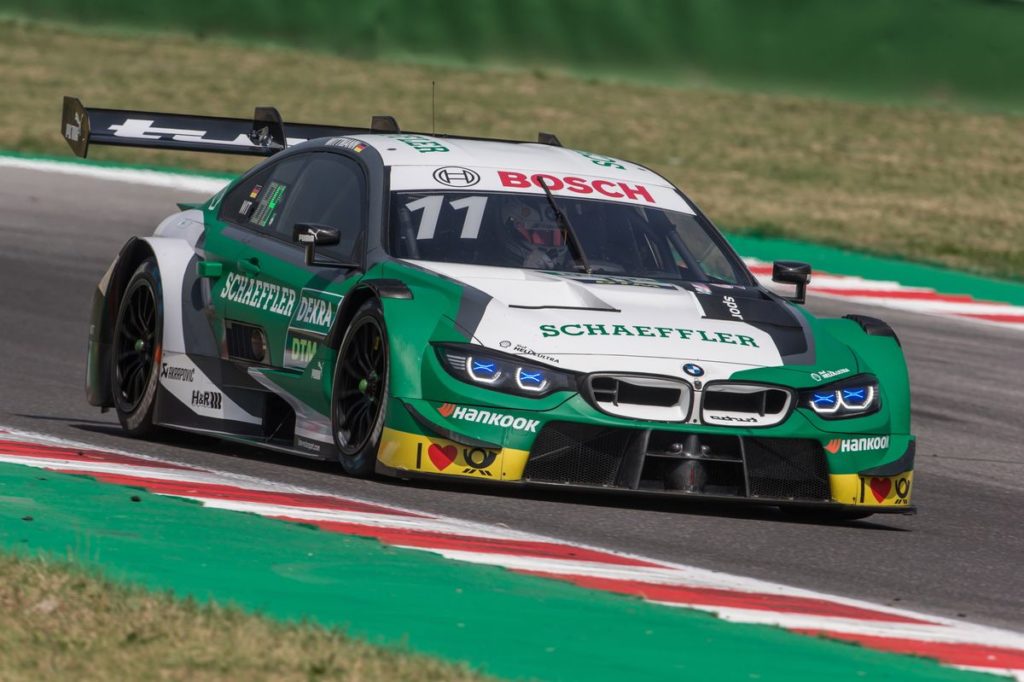 The DTM returns to Germany after trips to Assen (NED) and Brands Hatch (GBR). This weekend (23rd to 25th August), the Lausitzring will host round seven of the 2019 season. The BMW DTM teams were in the Lausitz region back in April when they completed a comprehensive four-day test with the new BMW M4 DTM and its turbo engine.

Six race weekends into the season, Marco Wittmann (GER) is currently the best-placed BMW driver in the Drivers’ Championship in third place with 147 points. He is followed in fourth place by Philipp Eng (AUT) with 129 points. The new turbocharged BMW M4 DTM has won six of the twelve races so far this season. Wittmann has climbed onto the top step of the podium four times, while Eng and Bruno Spengler (CAN) both have one win to their name. BMW has also claimed a further five podium finishes.

The DTM reaches a special milestone at the Lausitzring when Sunday’s race will be the 500th in the history of the popular touring car series. It all began back in 1984 with victory for Harald Grohs (GER) in the BMW 635 CSi at Zolder, Belgium. BMW was involved with a works team in the 1980s and the start of the 1990s, before returning to the series in 2012. In this time, BMW drivers have claimed 87 race wins and a total of 295 podiums. Timo Glock (GER) will bring that history to life again at the Lausitzring on Saturday when he takes to the track in a vintage BMW M3 E30 from the 1980s as part of the Tourenwagen Classics.

Quotes ahead of the DTM races at the Lausitzring.

“This weekend, we enter the business end of the 2019 DTM season at the Lausitzring. We still have six races ahead of us and our goal is to score as many points as possible for BMW with all six drivers. It is going to be an exciting final spurt, and our teams and drivers will work hard to convert the BMW M4 DTM’s performance into top results in qualifying and the races. The DTM reaches a special milestone at the weekend with its 500th race on Sunday. Congratulations on a ‘big birthday’! The DTM is one of the series that has shaped the history of motorsport. We are very proud to be a part of this long success story and are looking forward to an exciting future together.”

“In the season so far, we have stood on the top step of the podium on five of the six race weekends, and have already secured pole position in qualifying on four occasions. We want to back that up at the Lausitzring, and then at the Nürburgring and at Hockenheim – as only then is the season over. We all know full well that it is always worth fighting until the final whistle. That is one of our qualities and what we are preparing for. We will do everything in our power to start a successful final spurt with Marco Wittmann, Bruno Spengler and Timo Glock, and to pick up as many top results and points as possible with them.”

“I like the Lausitzring and it is nice to return to Germany with the DTM. I have won a few times at the Lausitzring. It is a very interesting circuit. It is easier to overtake on the combination with the big circuit, on which we race nowadays, than it used to be on the shorter layout. It is nice to drive too. There are always a lot of fans at the Lausitzring and they create a superb atmosphere. As such, I am looking forward to the weekend. BMW has been really successful there in the past. Hopefully that will continue to be the case. We will work hard to arrive at the Lausitzring well prepared, and I will push myself to the limit there.”

“I obviously have fond memories of the Lausitzring, as it was there that I secured my first Drivers’ title in 2014. This weekend, the focus is obviously clearly on bouncing back in the title race. We will be flat out there again, and I believe the approach has always been very good at the recent race weekends. This allowed us to score a lot of points at Assen and on the Saturday at Brands Hatch. I think that has to be our approach again at Lausitz: go at it full throttle and make sure we are on the mark in terms of performance. We still have three race weekends to come, and we have to try to get the most out of them.”

“The goal for the Lausitzring is to pick up some points again. I just hope that we have a good weekend, without any issues, and with a good pace. I am also really looking forward to doing a few laps with the BMW M3 E30 as part of the Tourenwagen Classics. It is a legend among vintage BMW race cars, and I am sure it will be great fun to drive.”

“An exciting final third of the season gets underway at the Lausitzring. The entire team and our three drivers are highly motivated ahead of the coming race weekend. Philipp Eng secured his first pole position and his first DTM podium there last year, and Joel Eriksson also showed good race pace. Our rookie, Sheldon van der Linde, is returning to a circuit he is familiar with, so all the ingredients are there for a strong weekend with good results and plenty of points. We will now do our best to use these ingredients and challenge at the head of the field.”

“The Lausitzring is one of my favourite circuits. I really like it there and have fond memories of the track. I claimed my first pole position and first podium in the DTM there last year. I hope we can repeat that this year and convert it into two good race results.”

“It’s going to be very nice to go to a track that I already know – unlike a lot of tracks this year, which were completely new to me. It makes my life a bit easier to get up to speed early on. It’s a really nice track, normally very good for overtaking, so I’m looking forward to it.”

“I really like the Lausitzring. We’ve been testing there before the season and the test was pretty strong from our side. I am optimistic that, after an unlucky weekend at Brands Hatch, we can move forward now. We just need to keep our heads down und keep pushing.”

0 0 0 0 0
Previous : KCMG aims to run strong for Nissan’s home event at the Suzuka 10 Hours
Next : 500th DTM race and manufacturers’ title within reach