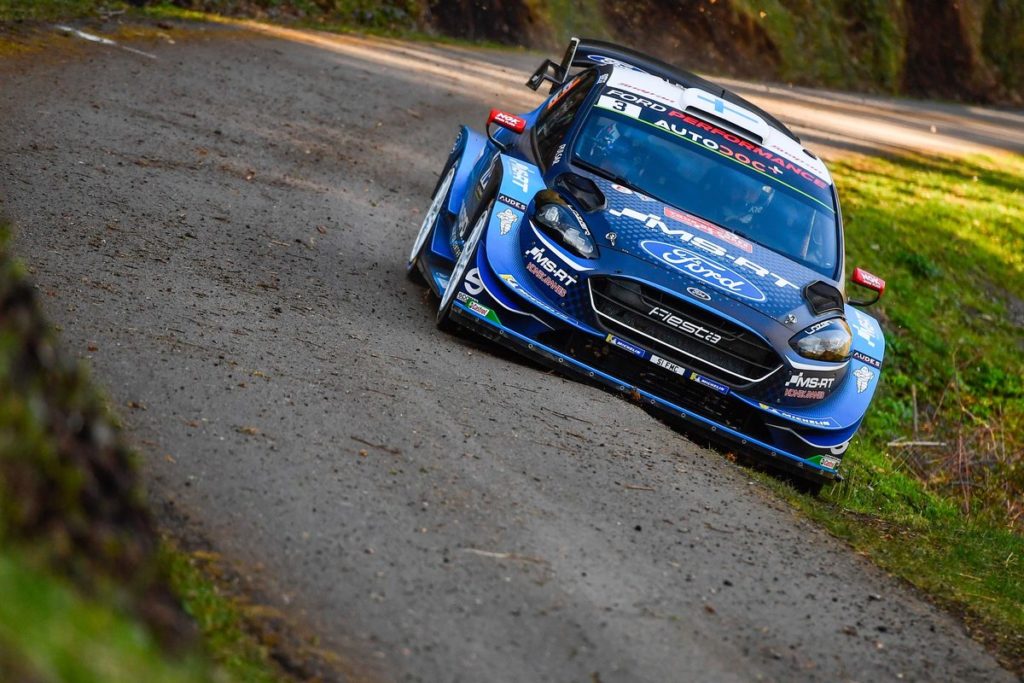 M-Sport Ford World Rally Team’s EcoBoost-powered Ford Fiesta WRCs have been transformed into their asphalt guise and are ready to tackle the Tarmac – geared up for the tenth round of the FIA World Rally Championship at next weekend’s ADAC Rallye Deutschland.

With Elfyn Evans still recovering from a back injury sustained last month, the championship’s youngest team mates are back at the forefront – 25-year-old Teemu Suninen and 22-year-old Gus Greensmith both keen to show their progression on one of the sport’s most demanding sealed‑surface events.

Team Principal, Richard Millener, said: “Having challenged for the top results last time out on asphalt, we’ll be looking to build on that next week. Obviously it’s a shame not to have Elfyn. We know how competitive he would have been here, but his fitness is the top priority and we’re still capable of a strong result with our young and ambitious team. Teemu had a really good performance in Corsica, and also in Germany last year. With his karting background he’s no slouch when it comes to Tarmac and we’ve seen him really progress on this surface. After watching some of his footage from the test, he was certainly committed and I’m excited to see what he can do next week. Gus feels most at home on asphalt and it will be interesting to see what he can do on his sealed-surface debut with the top-specification Fiesta. He was really strong in Monte-Carlo earlier this year and although next week’s focus will be on experience, I think we could see him getting a lot closer to the top guys.”

RALLYE DEUTSCHLAND THREE RALLIES IN ONE
Rallye Deutschland has long been considered three rallies in one – and one of the toughest Tarmac tests the FIA World Rally Championship has to offer.

The stages vary from narrow tracks that twist through the region’s famous vineyards, to fast country lanes and the broken asphalt of the notorious Baumholder military range – better known as Panzerplatte.

The challenge is found in mastering each change in rhythm and adopting the right set-up for the right stage. Unpredictable weather can often make the going even tougher, and focus is key – especially in Panzerplatte where one wrong move will be punished by concrete blocks known as ‘hinkelsteins’ that line the road.

Competitors also rely heavily on their route note crews to report any change in the condition of the stages. Dirt and gravel are often dragged onto the racing line – thus producing treacherous and slippery conditions that catch out even the most experienced.

TEEMU SUNINEN JARMO LEHTINEN
Loose-surface rallying may be more familiar to the Finns, but with a background in karting Teemu Suninen is no stranger when it comes to Tarmac. The young Finn secured a top-five finish on his previous outing at Rallye Deutschland – and repeated the feat at the Tour de Corse earlier this year. With experienced co-driver Jarmo Lehtinen alongside, he’ll be hoping to build on those performances next week.

Teemu Suninen said: “Rallye Deutschland is a really demanding rally, but I feel ready for the challenge. We had a good run last time out on Tarmac, and I hope we can build on that next week. We’ve had a day and a half testing to find the best set-ups on the car, and the feeling is really good. Of course it’s impossible to be on the limit all the time at an event like this, but if we stay focused I think we can have a good rally. The route note crews will also be really important next week – and I think this is the most important event for them after Rallye Monte-Carlo. There is always a lot of cutting here which brings a lot of dirt onto the road. The conditions can change so much from one corner to the next, and that means a lot of changes in the notes.”

GUS GREENSMITH ELLIOTT EDMONDSON
Gus Greensmith and Elliott Edmondson will make their asphalt debut with the top‑specification Fiesta at next week’s Rallye Deutschland. The young Brits were victorious on their previous sealed-surface outing – impressing with the Ford Fiesta R5 at the season opener in Monte-Carlo – and are now keen to show their potential at the sport’s highest level.

Gus Greensmith said: “I’m really excited for this one – Tarmac is the surface I grew up on, so this is my kind of territory. I thought the Ford Fiesta WRC was quick on gravel – but it’s another level on Tarmac! I’ve had a day and a half testing in Germany to prepare, and everything has been really promising so far. I felt immediately more comfortable with the Fiesta WRC on Tarmac, and the feeling behind the wheel was truly special. Being a Tarmac event the margins are smaller and everything feels that little more on the edge. But our focus is on gaining the full experience of the rally, and if I’m relaxed I’m confident the times will come too.” 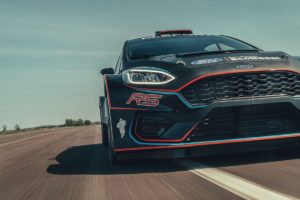 The all-new EcoBoost-powered Ford Fiesta R5 will made its asphalt debut within the FIA World Rally Championship at next weekend’s ADAC Rallye Deutschland – Éric Camilli and Benjamin Veillas taking to the wheel in the WRC 2 Pro class, while ‘Pedro’ and co-driver Emanuele Baldaccini compete in WRC 2.

Éric Camilli said: “Rallye Deutschland is a very special event for me. It’s where I made my debut in the FIA World Rally Championship, and we’ve had some really good performances since then – including a win with the original Ford Fiesta R5 in 2017. And now, I’m looking forward to giving the all-new Fiesta its first official outing on Tarmac. The biggest challenge in Germany is to understand the grip levels because they are changing all the time. There is always a lot of cutting at this event which makes the roads very dirty – and that’s never easy to manage at high speed on narrow roads! The competition will be very high, but our goal is to deliver a strong performance and fight for the top times. We will work hard to produce our best – to get a good result and show the true potential of the car.”

‘Pedro’ said: “We’re honoured to be one of only two crews to drive the all-new Ford Fiesta R5 on its WRC asphalt debut. I will have my first experience driving the car during our pre-event test on Monday, and I know the team have worked very hard to create another fantastic machine. I take this opportunity to thank everyone at M-Sport who has made this dream possible. “Rallye Deutschland is a very difficult and demanding rally with lots of variation – with flat and fast roads like those in Panzerplatte and those in the middle of the very complicated vineyards. The conditions always change a lot from the reconnaissance, and at high speed we will have to be careful not to lose the pace and concentration. It is a rally that we have never done, but we are confident of making a good race. Clearly we cannot think of challenging for the top times – we are competing against the future stars of our sport and to predict a winner is so difficult – but as far as I’m concerned, I can’t wait to get behind the wheel of the new Fiesta!”

0 0 0 0 0
Previous : Škoda drivers Rovanperä and Kopecký aim for third double of the season in the WRC 2 Pro category
Next : The FIA World Rally Championship (WRC) moves to Rallye Deutschland