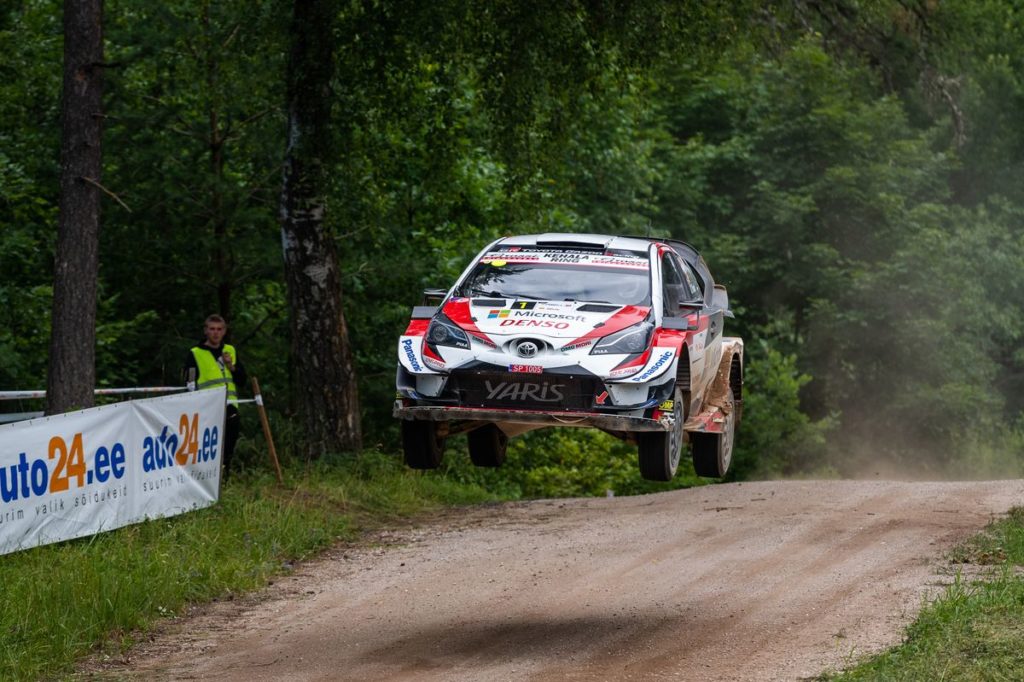 Toyota Gazoo Racing World Rally Team is targeting a third Rally Finland victory in as many years when the 2019 season resumes on August 1-4. The Finnish gravel stages are the fastest on the calendar and also home roads for the Toyota Yaris WRC, developed at the team’s headquarters close to the rally sevice park in Jyväskylä. The team’s drivers are all previous winners of Rally Finland: Ott Tänak won with Toyota in 2018 and Kris Meeke took victory in 2016, while Jari-Matti Latvala has won his home event on three occasions (2010, ’14 and ’15).

The rally is held on smooth gravel roads in the forests of central Finland, which feature many large jumps and numerous crests. Accurate pace-notes and the positioning of the car are crucial to carrying maximum speed. Because of the high speeds, time differences are smaller than usual, and mistakes are more easily punished.

The route for this year’s Rally Finland is similar to the 2018 event, when around 65 per cent was new. It begins on Thursday evening with the traditional mixed-surface Harju stage in Jyväskylä itself, before heading west on Friday for a total of 10 stages. Saturday is made up of eight stages to the south-west totalling 132.98 kilometres, including the returning Leustu test. The rally ends with two runs over Laukkaa and Ruuhimäki on Sunday, with the second pass of the latter as the Power Stage.

Quotes:
Tommi Mäkinen (Team Principal)
“Rally Finland is of course a very special occasion for our team. We have won the rally in each of the last two years, and we have a great opportunity to make it three out of three. We know the roads and their characteristics well and we know that our car is well-suited to them. All three of our drivers really enjoy this event and have won it in the past, so I think that our chances are good. But we are taking absolutely nothing for granted: Our rivals have been working hard to improve on this event, so we need to stay focused and push for the best possible result.”

Ott Tänak (Driver car 8)
“I’m really looking forward to getting the second part of the season started on Rally Finland. It’s a rally that I enjoy a lot with the fast and smooth roads, and it was an incredible feeling to win last year. Of course, we will try to achieve the same result this year, but it looks as though it will be more difficult, as we will be running first on the road on the Friday. Two weeks ago we took part in Rally Estonia and it was great to win the rally again in front of so many fans, but it was also a really good test for Rally Finland. I believe that we learned a lot, so I’m feeling well-prepared.”

Jari-Matti Latvala (Driver car 10)
“I’ve had a good summer break and I’m feeling ready to restart the season on Rally Finland. I tried to have some time away from rallying, but we also had a couple of days of testing to prepare for this event, and it’s always enjoyable to be back driving on fast gravel roads here in Finland. These are the roads where I feel at home, and I always get a lot positive support during the week of the rally. Last year, it’s where our season took a more positive turn with a podium finish and I hope we can do similar this time. The speed is there on gravel, we know that from the last few events, so now we just need to try and secure a good result.”

Kris Meeke (Driver car 5)
“Rally Finland is definitely one of my favourite events with some special memories for me, and I’m really looking forward to taking it on with the Yaris WRC. Finland is where I got my first taste of this car, and we tested there again last week, and the car always feels incredible to drive on those roads. It was developed in Finland and we’ve seen in the last two years just how strong it can be on this rally. I think that everyone in the team is feeling confident about the second part of the season, and hopefully we can kick-start that with a great result in Finland. I’m going to be at a bit of a disadvantage because a lot of the route will be new for me, but I’m ready for the challenge.”

0 0 0 0 0
Previous : WRC – Jumping back into action at Rally Finland
Next : The C3 WRC all set to show off its acrobatic talents !