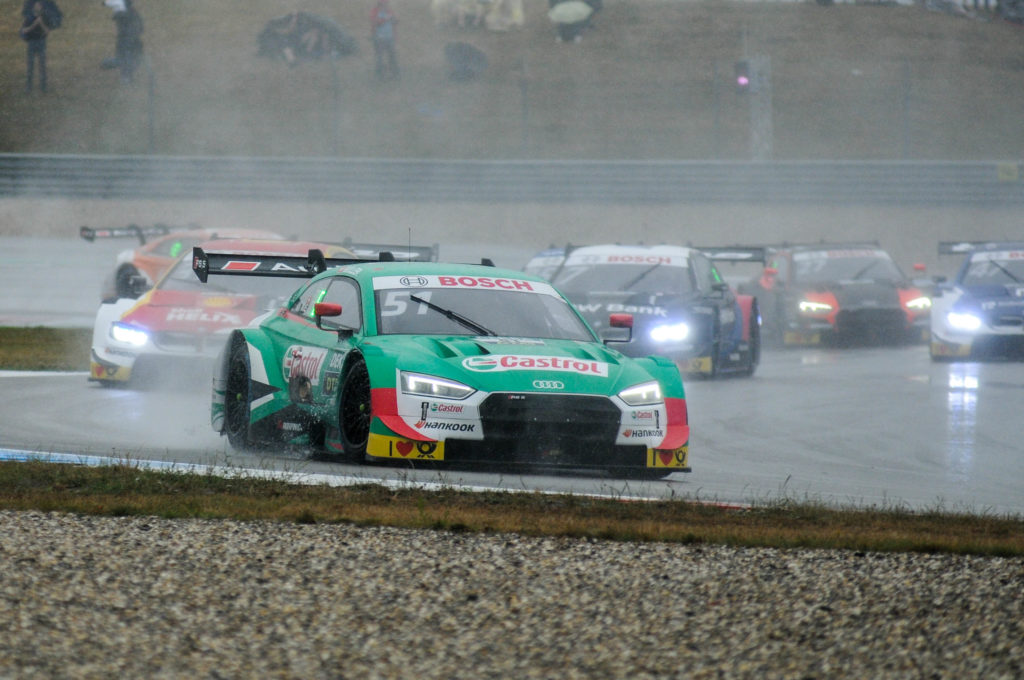 Audi clinched another double podium in the DTM’s eagerly awaited premiere on the famous motorcycle race track at Assen and half-way through the 2019 season maintains the lead in all three championships.

With 18 out of 27 possible podium finishes, Audi has managed an impressive start to the DTM’s turbo era with the new RS 5 DTM. After the first half of the season, two Audi drivers – René Rast (145 points) and Nico Müller (121) – are heading the standings. In difficult conditions on Saturday, both extended their advantage over third-placed BMW driver Philipp Eng with strong performances. In the manufacturers’ championship, with 508 points Audi clearly leads ahead of BMW (388). In the teams’ championship, two Audi teams – Audi Sport Team Rosberg and Audi Sport Team Abt Sportsline – are the front runners. 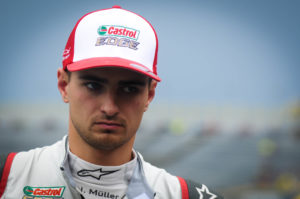 Heavy rain made the first DTM race in the “Cathedral of Speed” tricky, especially in the early stage. “We had aquaplaning in many sections. It was difficult to keep the car on track,” said Nico Müller, who on the first ten laps fought back from sixth on the grid to third position. “I lost a bit too much time to the leaders in the process.”

Müller changed tires only shortly before the end of the race and at the pit stop maintained first place in front of Marco Wittmann (BMW) and René Rast, who had been battling head to head for the lead straight from the start. “Unfortunately, it took a little longer than I was hoping to get the new rain tires to work. That’s why Marco got past me,” said Müller. “He deserved winning today.”

“The duel with Marco obviously cost a lot of time, so Nico rejoined the race in front of us,” said Rast, who finished third behind Wittmann and Müller. “It was anything but a perfect race. Even so, it ended in a podium and I continue to lead the championship. Tomorrow we’re going to attack again.”

The third-best Audi driver in Saturday’s race was Jonathan Aberdein from the customer team WRT Team Audi Sport in sixth position. Jamie Green, after a difficult qualifying, fought back from 12th on the grid to seventh place. With Loïc Duval and Mike Rockenfeller in positions eight and nine, the two drivers from Audi Sport Team Phoenix and thus six Audi RS 5 DTM cars in total finished in the points.

Robin Frijns’ home round was extremely unfortunate. Following a leak on the oil tank in qualifying, the Dutchman had to start the race from the last spot on the grid. Frijns was back in the points when he damaged the rear of his car in a spin and retired.

“That was a very exciting race,” said Head of Audi Motorsport Dieter Gass. “In wet conditions, nobody knew in advance what was going to happen. But almost all drivers were in control of their race. Two of our drivers – Nico and René – were battling for victory. It was very close and not quite enough in the end, but positions two and three are a good result for Audi too.”

For Sunday, dry conditions have been forecast at Assen. René Rast is going to tackle his 50th DTM race and the second half of the 2019 season as the leader of the standings. The race will start at 1.30 PM, SAT.1 will start airing live coverage in Germany at 1 PM (CEST).