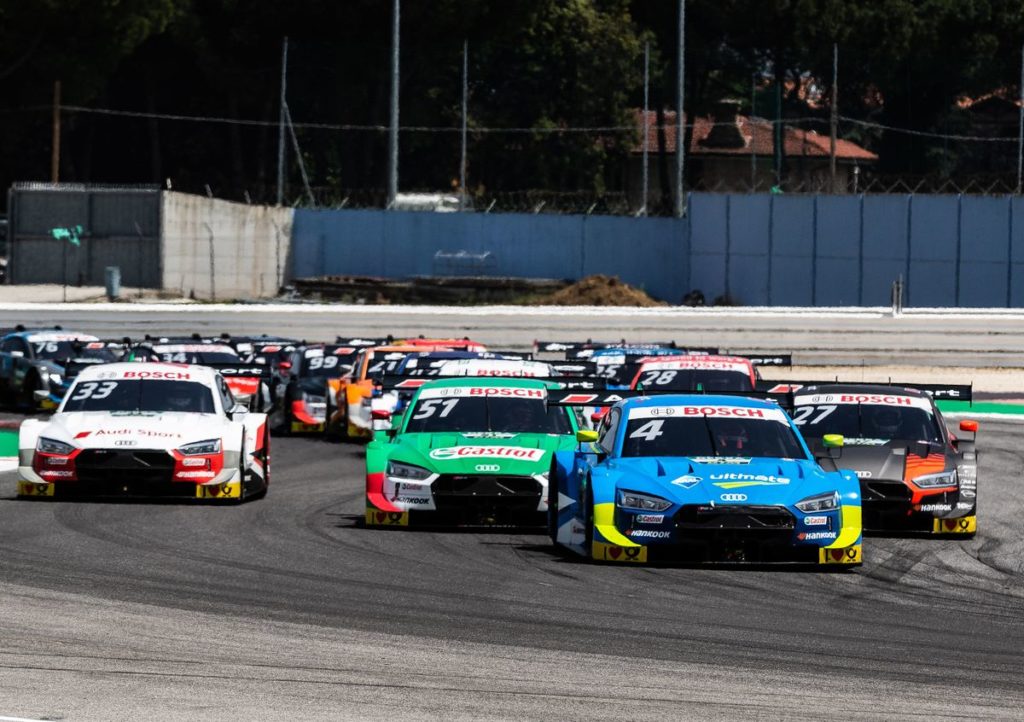 Following the season’s highlight at the Norisring that was extremely successful for Audi, DTM fans can look forward to their next treat: on July 20/21, the popular touring car racing series will visit the famous TT Circuit Assen in the Netherlands.

“Assen is mainly known as a motorcycle race track,” says Head of Audi Motorsport Dieter Gass. “We’re excited about the DTM’s premiere there. The track layout promises spectacular racing. Advance ticket sales are also looking promising, so that Assen will be another highlight on the DTM calendar.”

Assen is located in the Dutch province of Drenthe, just about 50 kilometers away from the German border. The race track is 4.555 kilometers long and has unique characteristics. “The track is very wide with many fast turns,” says Robin Frijns, who is the only Audi driver to have contested a race at Assen before. “That was in Formula Renault 2.0 a fairly long time ago. I was battling with Carlos Sainz throughout the race back then and won in the end.”

The Audi RS 5 DTM with more than 610 horsepower will reach a speed of about 270 km/h at Assen. “The triple right-hander directly after the start that’s followed by a tight hairpin turn is especially challenging,” says Frijns. “You can lose or gain a lot of time there. Generally, all-out racing with many overtaking maneuvers should be possible at Assen. On the long straight, three or maybe even four cars can run side by side.”

For the Dutchman, Assen is a home round even though he lives about a three-hour drive from the circuit. “For the MotoGP, a large number of spectators travel to Assen every year,” he says. “I hope that the DTM will be similarly popular there.”

None of the other Audi drivers has ever done a lap in a race car at Assen. “Almost 20 years ago, I played MotoGP on a Playstation and that included racing at Assen,” reveals Mike Rockenfeller. “Maybe I’ll do that again before the race. But all kidding aside, of course our simulator in Neuburg provides us with the best possible preparation. It allows us to test all the things in advance that we’d like to try out later in the real car.”

Loïc Duval, Jamie Green and Nico Müller know Assen from TV coverage of the MotoGP races. “In comparison to other circuits, the track comes closest to Misano and should suit us,” Duval is sure. “Assen looks cool – I’m really excited about it,” says Müller. “The track is famous for its MotoGP races,” says Green. “For us in the DTM, it’s completely new. That’ll be interesting.”

DTM leader René Rast is also looking forward to the DTM’s premiere at Assen. “That looks like a spectacular race track with many overtaking opportunities,” says the leader of the standings, who will contest his 50th DTM race on Sunday at Assen. With three victories, five podium finishes and three pole positions under his belt, Rast is the most successful driver of the turbo era in the DTM. In total, the 2017 DTM Champion has won 13 DTM races so far, clinched nine pole positions, posted the fastest race lap five times and scored 564 points – equating to an average of 11.75 points per race.

The two DTM races at Assen will start at 1.30 PM on Saturday and Sunday. SAT.1 will begin to air live coverage in Germany at 1 PM (CEST) on both days. Tickets and fan packages for visits to the event are available online at www.audi.com/dtm. Assen will also feature an Audi Thrill Zone. The hub at the DTM Fan Village offers virtual races, autograph sessions, interviews and many other attractions for fans.