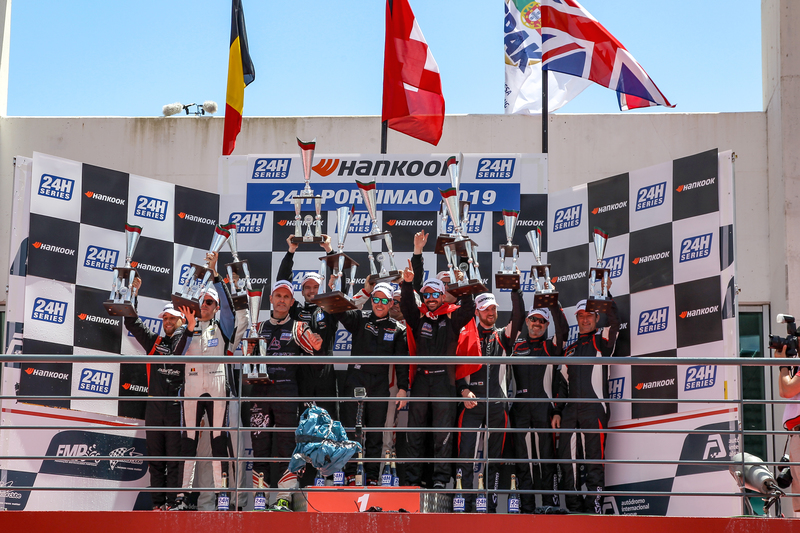 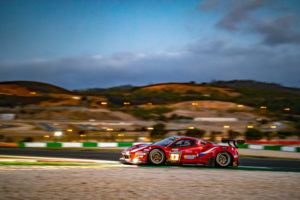 Jiří Písařík took the chequered flag to complete 721 laps of the 4.652km Autódromo Internacional do Algarve – just one shy of equalling the event record – to extend the team’s lead in the 24H Series Europe GT standings, and keep the Czech outfit in contention for the 24H Series Continents GT title as well.

As was also the case with Brno last month, Scuderia Praha came into this weekend with a 100 per cent success rate at the 24H Portimao, and leaves with that record intact, eyes already looking ahead to the 24H Barcelona in two months time.

“We keep ourselves out of trouble!” a jubilant Josef Kral told radiolemans.com’s Joe Bradley. “It was really tough, but the car was perfect. This track was probably the most physically demanding we’ve visited this year, so hopefully Barcelona will be a bit easier!”

The third and final Herberth Motorsport Porsche 991 GT3 R (#91, Daniel Allemann / Ralf Bohn / Robert Renauer / Alfred Renauer) had been in contention for the win but was forced to retire at half distance after catching fire on-track while running 2nd overall. 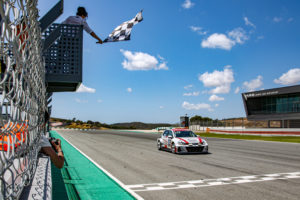 Ralf Henggeler took the chequered flag to complete 641 laps of the 4.652km Autódromo Internacional do Algarve and keep the Swiss team on top in both the 24H Series Europe and 24H Series Continents standings in the TCE division.

It was a solid run for the team, albeit one that could have ended very differently heading into the closing stages…

“We had a problem with the gearbox in the last two hours, so we were really lucky to survive!” Ralf Henggeler explained to radiolemans.com’s Joe Bradley’s. “But my teammates did a great job, the whole team worked really hard, and it’s my first win in the 24H Series, so I’m really happy with this result!”

Behind the race winners, the AC Motorsport Audi RS3 LMS (#188, Stephane Perrin / Mathieu Detry / James Kaye / Sam Dejonghe) took its third podium finish of the year in 2nd, despite losing a wheel on-track inside the final two hours of the race.

Incredibly, this meant the Synchro Motorsport Honda FK8-Civic Type-R (#676, Alyn James / Daniel Wheeler / Martin Byford) came through to secure the A3-class win and claim the final step of the outright TCE podium with just two minutes of the race left to run.

“It’s amazing!” Alyn James explained to radiolemans.com’s Joe Bradley. “We’re not a factory team, we build this car ourselves, and for what we’ve done to be in this position, it feels really special.”

After losing more than five hours replacing a turbo in the early stages of the race, the Hofor Racing by Bonk Motorsport BMW M240i Racing Cup (#869, Martin Kroll / Nicole Holzer / Axel Burghardt / Michael Bonk / Markus Fischer) recovered to be classified 2nd in the A3 class and 6th overall in TCE

24H Series endurance racing action continues in less than two months at the 2019 24H Barcelona on 30-31 August – 1 September. In a format unique to the 24H Series, the Spanish event will host the fifth round of the 2019 24H Series Europe and will also be an eligible points-paying race for the 2019 24H Series Continents. Two months later, the 24H Series heads to Austin, Texas, for the third annual 24H COTA USA at the Circuit of the Americas. Further information on this year’s calendar can be found at www.24hSeries.com.