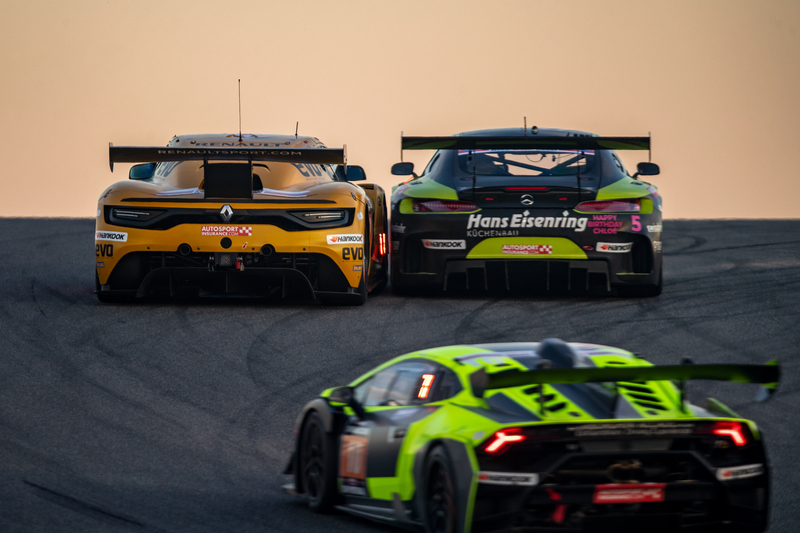 For the third consecutive year, the Autodromo Internacional do Algarve serves as the venue for the 24H Portimao. The event in Portugal is the first of two 24-hour races in Europe organised by Dutch agency CREVENTIC, counting towards the 24H SERIES Europe and the 24H SERIES Continents, both powered by . With the event featuring the GT division and the TCE division, a good mix of GTs and touring cars is expected for the Portuguese round. Both divisions will have separate starting groups and prize-giving ceremonies.

Opened in 2008, the Autodromo Internacional do Algarve is one of Europe’s most recently built motorsport accommodations with state-of-the-art facilities in the beautiful environment of the Portuguese Algarve region. In the summertime, the swimming pool in the paddock will certainly provide a welcome refreshment! For drivers, the track is a real challenge with up- and downhill parts and fast corners, some of them blind. It is for a good reason that, next to the great variety of race events, the track is used so frequently for driving courses and test sessions.

And that is only the motorsport part… It goes without saying that the Algarve, as one of Europe’s most popular holiday destinations, has a lot more to offer as well. A paradise for golf players, a wide range of excellent hotels and great restaurants in the nearby cities of Lagos and Portimao, a wonderful countryside and vast beaches, the region has everything to spend a nice time there.

For the third running of the 24-hour race, the A6 class spearheads the GT division field with an entry of ten cars. Last year’s Portimao race winners, Bohemia Energy racing with Scuderia Praha, are returning in an attempt to not only repeat their win in Portugal from 2018 and 2017, but also to continue their winning streak with three victories from the three races held so far in the 2019 24H SERIES Europe. The Czech team, also the leader in the 24H SERIES Europe GT teams’ standings, will be facing competition from teams with Audi, Ferrari, Mercedes-AMG and Porsche. In the SPX class, two Mercedes-AMG GT4 are racing against a single MARC II V8. In SP4, the new evolution version of the Mercedes-AMG GT3, launched last week, will be entering its first race as a part of the car’s test and development programme. The car will be running under the Mercedes-AMG Team Driving Academy entry. The Porsche 991 Cup class has three cars entered while Aston Martin, BMW and Mercedes-AMG are all represented in the GT4 class.

At the forefront of the TCE division field, four cars representing Audi, Cupra, Peugeot and Volkswagen are competing in the TCR class. Dutch team Kawasaki by Bas Koeten Racing took the touring car spoils at Portimao last year. Two of the drivers from that team are now in the TOPCAR Sport by Bas Koeten entry. Swiss team Autorama Motorsport by Wolf-Power Racing is coming to Portugal as the leader in the 24H SERIES Europe points’ standings. Other TCE division entries include a Honda and a pair of BMW M240i Racing Cup cars.

On Thursday, 4 July, drivers have the chance to familiarise themselves with the circuit during the popular rent-a-car rides, followed by two optional private test sessions of three hours each. Free practice is scheduled on Friday, 5 July, from 13.00-15.00 hrs, followed by qualifying for the TCE division from 17.15-18.00 hrs and qualifying for the GT division from 18.15-19.00 hrs. Night practice is held from 21.00-22.30 hrs. On Saturday, 6 July, cars will be lining up on the starting grid from 11.00 hrs. The race gets underway at noon and finishes 24 hours later, following by the prize-giving ceremony (all times local, CET is one hour later).

Live streaming in HD quality with commentary from the Radio Show Limited team, well-known from IMSA Radio and Radio Le Mans, is available on the series’ website and Youtube channel as well as Motortrend on Demand. There will also be regular updates on Twitter, Facebook and Instagram (24H Series). is the official title sponsor and exclusive tyre supplier for the event, Panta is the official fuel supplier. DRD international for pit equipment, screen protection etc and Speedcom for radio communication equipment and support will be present with sales and service booths in the paddock at Portimao. Further information can be found at www.24hseries.com.