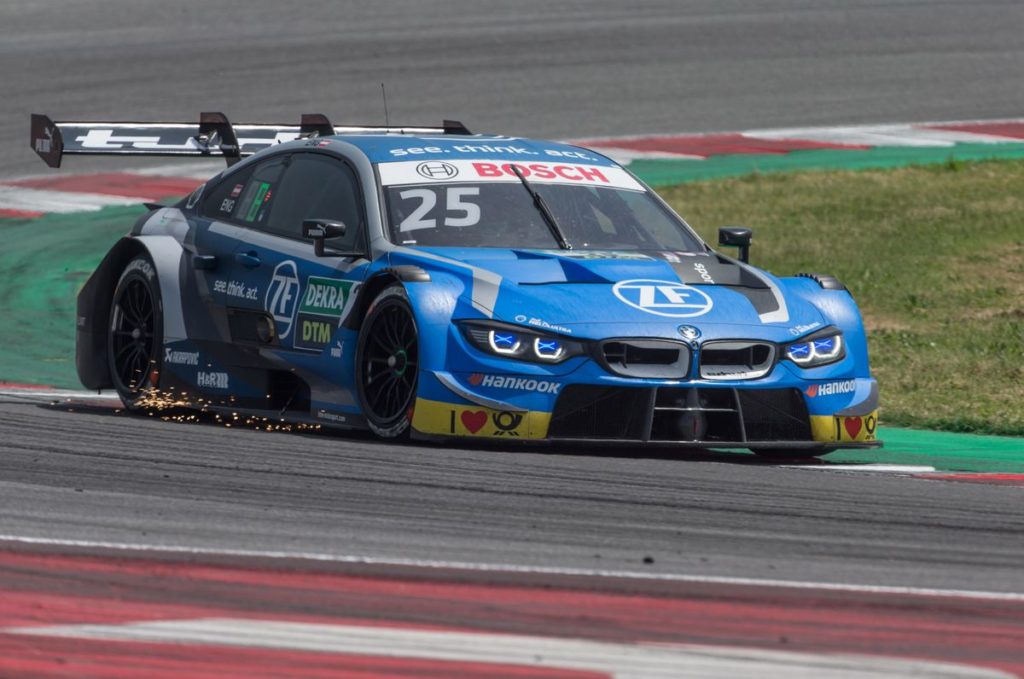 The fourth race weekend of the 2019 DTM season is BMW’s home event at the legendary Norisring in Nuremberg (GER), only about 160 kilometres away from BMW’s home in Munich (GER). Race numbers seven and eight of the season will be held on Saturday and Sunday (6th/7th July) on the only street circuit on the calendar.

After six races Philipp Eng (AUT) in second place overall is the best-placed BMW driver in the DTM driver’s championship. He has 83 points to his name and trails current leader René Rast (GER, Audi) by ten points. Norisring local hero Marco Wittmann (GER) heads to the ‘Monaco of the DTM’ in fourth place overall with 68 points. Wittmann had plenty of reason to celebrate last year when on the Saturday he celebrated his first home podium at the 2.3-kilometre Dutzendteich track, then on the Sunday followed that up with his first home win.

Fans can look forward to a special highlight in the support programme, the BMW M1 Procar Revival. The legendary BMW M1 Procars will be completing high-speed demo laps on all three days. The 470 hp BMW sports cars contested one-make cup races in 1979 and 1980. Legends from back then will take the wheel of the BMW M1 Procars at the Norisring this year, including former Formula One drivers Marc Surer (SUI), Hans-Joachim Stuck (GER) and Jan Lammers (NED).

Quotes ahead of the DTM races at the Norisring.

“The race weekend in Nuremberg is always a highlight on the DTM calendar. It is our home event and the Norisring is a unique track at which the atmosphere is always sensational. We are already really excited to see our new BMW M4 DTM with turbo drive in action on this extraordinary street circuit for the first time. We have got a win at every weekend so far this season – and naturally we want to continue that in Nuremberg. In any case, we want to deliver exciting races once again for the many fans at the Norisring. We are also looking forward to the BMW M1 Procar Revival. It’s great that these legendary racing cars are part of the Norisring weekend.”

“We all still remember the Norisring weekend last year with Marco’s emotional home win. It goes without saying that our goal is to be up there at the front again in Nuremberg with the new BMW M4 DTM with turbo engine. We are in a very good starting position with all three drivers, Marco, Bruno and Timo, having been convincing with their performance already this season. And with a little less bad luck in one or two races we could have brought home even more podiums. We are definitely ready for the challenges that this unique street circuit has in store for us and are looking forward to the weekend with the very special atmosphere at Dutzendteich.”

“I have a very special relationship with the Norisring. The crowd and the atmosphere there are always brilliant. You need to enter the few turns there perfectly. The gaps there are always very close, so you can’t afford to make any mistakes and you need to deliver a perfect race. I’ve won at the Norisring four times and always really look forward to being able to return to the Norisring, which is one of my favourite tracks.”

“I hope that the luck that has been eluding us so far will return at the Norisring and that we will have a weekend without issues. It goes without saying that the track is really special – it is completely different from every other track, with just four turns. I’m excited to see how the weekend pans out.”

“DTM at the Norisring – this is always a fantastic event. The iconic, unique street circuit at Dutzendteich and the huge number of fans make the race weekend in Nuremberg a real highlight. Our whole team is looking forward to returning there once again. Naturally the highlight was the one-two win with Philipp and Joel, as well as Sheldon’s first pole position at our home event at Zolder. And in the other races we showed that we are competitive with the new BMW M4 DTM with a turbo engine. Naturally we are eager to continue this at BMW’s home event.”

“The Norisring is a major highlight and I am really looking forward to it. The layout of the Norisring with its four turns looks relatively easy, but the track is far from easy in reality. In qualifying in particular you need to concentrate 100 percent so that you hit every braking point and every entry point perfectly. The gap between the first and last place in qualifying is just a few tenths of a second, so there is no room for error. And a lot can happen during the course of the race – especially in the narrow hairpin bends. It will definitely be very exciting.”

“I drove at the Norisring in 2016 and am really looking forward to returning. We have been very close to finishing on the podium a few times this season and I am a little disappointed that it hasn’t been enough yet – particularly that it was often out of my hands. But we know that we have a good pace and that fills me with confidence for the upcoming race.”

“I am really looking forward to returning to the Norisring. I love street circuits and I really enjoy driving there. Without a doubt it is one of the absolute highlights on the entire DTM calendar. I can hardly wait to see all the fans and the many spectators, and soak up the atmosphere. Last year we showed that we are very competitive. Our pace and the results were very good.”

0 0 0 0 0
Previous : Nico Müller: “I’ve always felt comfortable at the Norisring”
Next : Turbo power and high-performance brakes: home round for Audi in Nuremberg