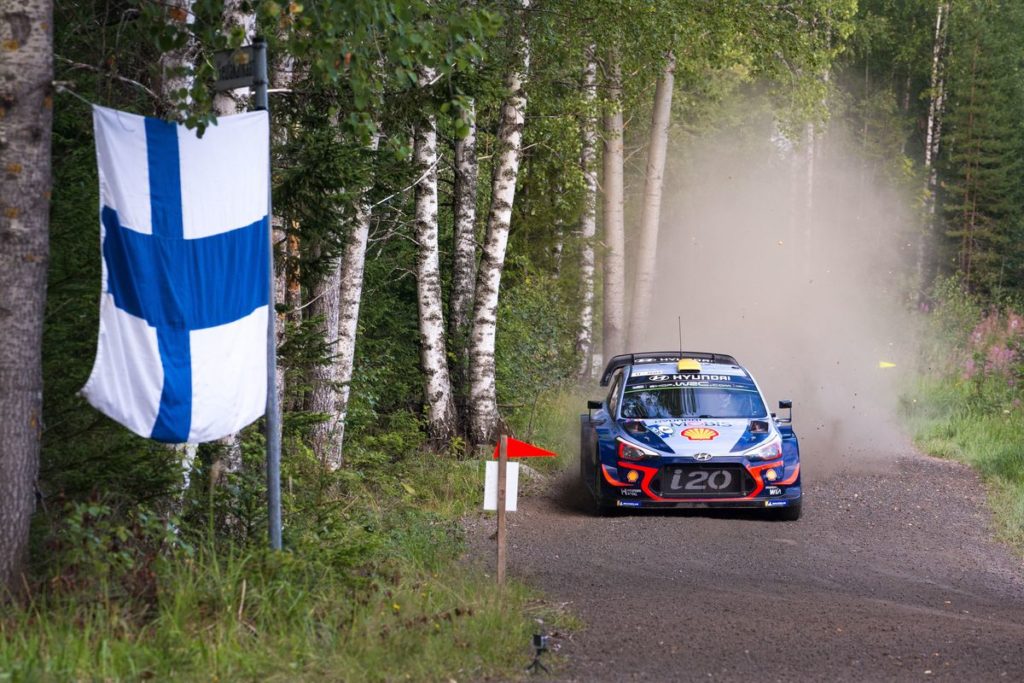 Hyundai Motorsport has revealed its line-up for Rally Finland, round nine of the FIA World Rally Championship (WRC), will be Thierry Neuville/Nicolas Gilsoul, Andreas Mikkelsen/Anders Jæger-Amland and Craig Breen/Paul Nagle.

The team has put collective experience at the heart of its crew choice for one of the fastest and most challenging rounds on the WRC calendar, opting to bring in Irishman Craig Breen to partner Neuville and Mikkelsen.

Breen will be a new addition to the Hyundai Motorsport squad, in a one-off rally to bolster the team’s championship efforts. A 1-3 result in Sardinia helped increase its advantage in the manufacturers’ table to 46 points with six rounds remaining.

Running the number #42 Hyundai i20 Coupe WRC in Finland, Breen will have sufficient opportunities to get up to speed ahead of the WRC event. A seat fitting to be held at the team’s Alzenau facility today (June 25) will be followed by a pre-event test (PET), as well as participation in Rally Estonia (July 12-14). Mikkelsen will also join that event as representative preparation for the fast Finnish stages.

The high-speed nature of the Finnish roads demands a specific driving style with no room for error and with split seconds making a major difference on the classification. Breen took his first WRC podium in Finland in 2016, and has competed there each year since 2009, with the sole exception of 2013.

Team Director Andrea Adamo said: “Rally Finland is a very particular type of event that warrants an approach like no other on the calendar. It’s a huge challenge for teams and crews alike. With the championship battle entering a critical phase, and competition being so close among the manufacturers, we have brought Craig Breen into our line-up for Finland. He has demonstrated his class at this event in the past and has a lot of experience, which will be invaluable to us. We are making sure he has enough preparation with Rally Estonia, an event similar in style to Finland, and the pre-event test. We welcome Craig and Paul to Hyundai Motorsport for this rally and look forward to seeing what they can do alongside Thierry/Nicolas and Andreas/Anders. ”

Craig Breen said:  “I am chuffed to be given this chance to join Hyundai Motorsport for Rally Finland, and to get back in a world rally car. It’s been a long and patient wait, having to watch everyone else drive this year. I am honoured to have this one-off opportunity with Paul as my co-driver. Finland is the rally I’ve done most in the WRC so I hope I can bring something to the team. I am getting plenty of seat time before Finland. It will remain a challenge but one I am ready to grasp with both hands. I’ll be competing with the #42, a number I’ve raced with since my first year in karting in 1998, and that has always been very lucky. Let’s hope it remains that way!”