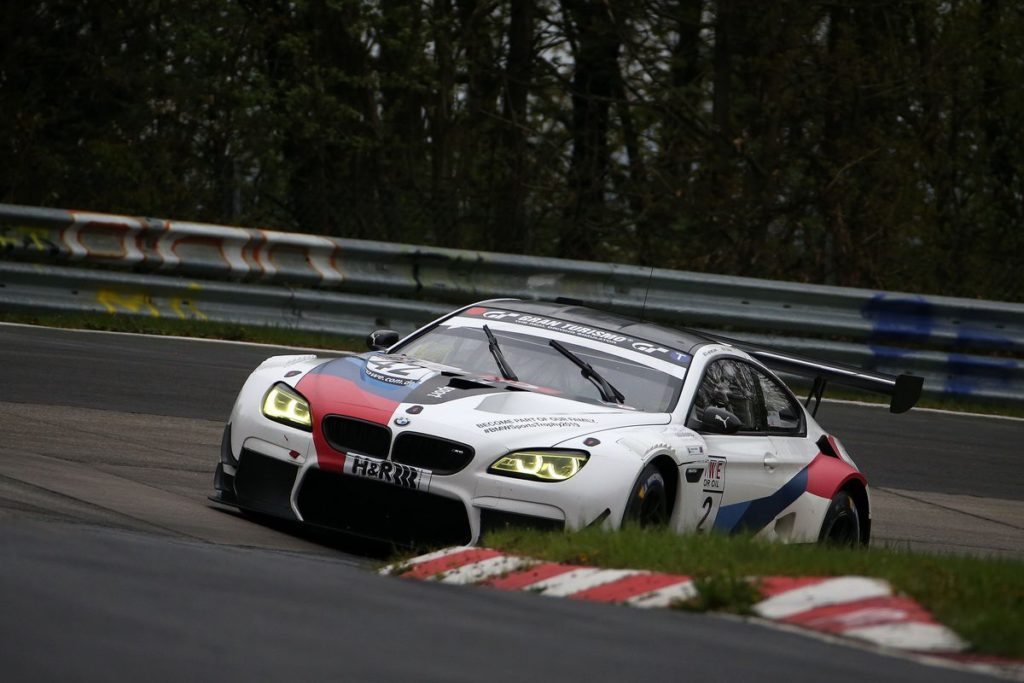 Just a few days after the 24 Hours of Le Mans (FRA), the next classic race is approaching this coming weekend: the 24 Hours Nürburgring (GER). Six BMW M6 GT3s are racing in the top SP9 class and numerous BMW works drivers are competing on the Nordschleife. The aim is to battle for the 20th BMW overall win in the ‘Green Hell’. A total of 45 BMW race cars have been registered for the 24-hour race – including the current BMW M4 GT4 and BMW M240i Racing customer racing cars and many other BMW models competing for privateer teams from all around the world. On Thursday, the event programme includes a tribute to Charly Lamm from the BMW M Motorsport family, following his death at the start of the year.

Alongside the BMW M6 GT3s, there will also be five BMW M4 GT4s and 13 BMW M240i Racings in competition. The 2018 BMW Sports Trophy winners – Christopher Rink, Danny Brink and Philipp Leisen (all GER) – will be joined by Nordschleife expert Dirk Adorf (GER) in the #77 BMW M4 GT4, sporting a special BMW M Motorsport design and the BMW Sports Trophy logo.

At 17:00 on Thursday, BMW Motorsport will be hosting a tribute event at BMW M Motorsport Hospitality in the paddock in memory of Charly Lamm. Many of his erstwhile companions will share memories and special moments of their time with the long-time Schnitzer team principal.

Quotes ahead of the 24 Hours Nürburgring:

Jens Marquardt (BMW Group Motorsport Director): “We are really looking forward to seeing so many BMW cars competing at the Nürburgring 24-hour race once again. In the GT3 area, we are all set to join battle for the 20th overall win for BMW with the BMW M6 GT3, experienced teams and many of our best GT drivers. But our BMW M4 GT4s and BMW M240i Racings, as well as the many other BMWs in the field, will provide plenty of excitement for our many fans in the ‘Green Hell’. There is a particularly close connection between this 24-hour race and BMW. That is why the Nürburgring is also the perfect location to honour Charly Lamm one more time. He loved this race and celebrated five wins there with his team. The BMW M Motorsport family will be driving for Charly at the weekend. He will be in our hearts.”

Augusto Farfus (#42 BMW M6 GT3, BMW Team Schnitzer): “The 24-hour race at the Nürburgring is one of the best events of the whole year – and it is my personal favourite race. We have been waiting for the next overall win there for a few years. This year, our set-up is better than at almost any time before. Our level of expectation and motivation is correspondingly high. Coming straight from Le Mans to compete at the Nürburgring is challenging. I am looking forward to this challenge and have prepared as well as I can.”

Martin Tomczyk (#42 BMW M6 GT3, BMW Team Schnitzer): “The Nürburgring 24 Hours is a real classic race on the GT calendar and it is also an enormously important race for me. I have driven there so often and I have come really close a few times – but I have never quite managed to win, so I am hoping to be challenging this year with BMW Team Schnitzer. The preparation races showed that we have a good pace.”

Connor De Phillippi (#98 BMW M6 GT3, ROWE Racing): “The 24-hour race at the Nürburgring has had a very special place in my heart since my overall win in 2017. With ROWE Racing, we have two cars competing with very strong driver line-ups. I can hardly wait for it start.”

Philipp Eng (#98 BMW M6 GT3, ROWE Racing): “I am really looking forward to the race. The Nordschleife is undoubtedly the best racetrack in the world. I think we have a very good complete package this year. Unfortunately, I was only able to drive one VLN race as preparation, but I am delighted to have such good and talented team-mates, who have prepared the car perfectly for the race. I am unbelievably happy and proud to have the chance to compete in two 24-hour races one after the other. It is certainly a physical and mental challenge but that is exactly what you want to have as a racing driver.”

Nick Catsburg (#99 BMW M6 GT3, ROWE Racing): “To me, the 24-hour race at the Nürburgring is one of the best events of the season. It’s the track I like the most. The BMW M6 GT3 is always great there, so we can approach the race weekend in the knowledge that we are competitive.”

Jesse Krohn (#99 BMW M6 GT3, ROWE Racing): “As always, expectations are very high when you compete at this circuit in a BMW. Our car has been set up fantastically for the circuit. And I also know that I am surrounded by great driving team-mates. The team has done a great job and the preparations are going well.”

Nick Yelloly (#101 BMW M6 GT3, Walkenhorst Motorsport): “I can hardly wait to compete in my first 24-hour race. I can think of no better place for the race than the Nürburgring. I am very proud to be representing the BMW brand there. My driver team-mates and the Walkenhorst team have plenty of experience on the Nordschleife and I am sure that we have the potential to record a good result. Winning the qualification race was a fantastic result during preparation. I hope that we can build on this.”

Jens Klingmann (#33 BMW M6 GT3, FALKEN Motorsports): “This race is the highlight of my 2019 racing calendar. Naturally, our objective is to regain the crown for BMW in the ‘Green Hell’ for the first time since 2010. This will be my second start for FALKEN Motorsports. I am expecting a very intense race that requires you to drive every lap at the limit. I think we are set up really well for this.”

0 0 0 0 0
Previous : WRC – Late heartbreak for Tänak and Toyota Gazoo Racing
Next : Mercedes-AMG with on- and off-track racing spirit for the season highlight