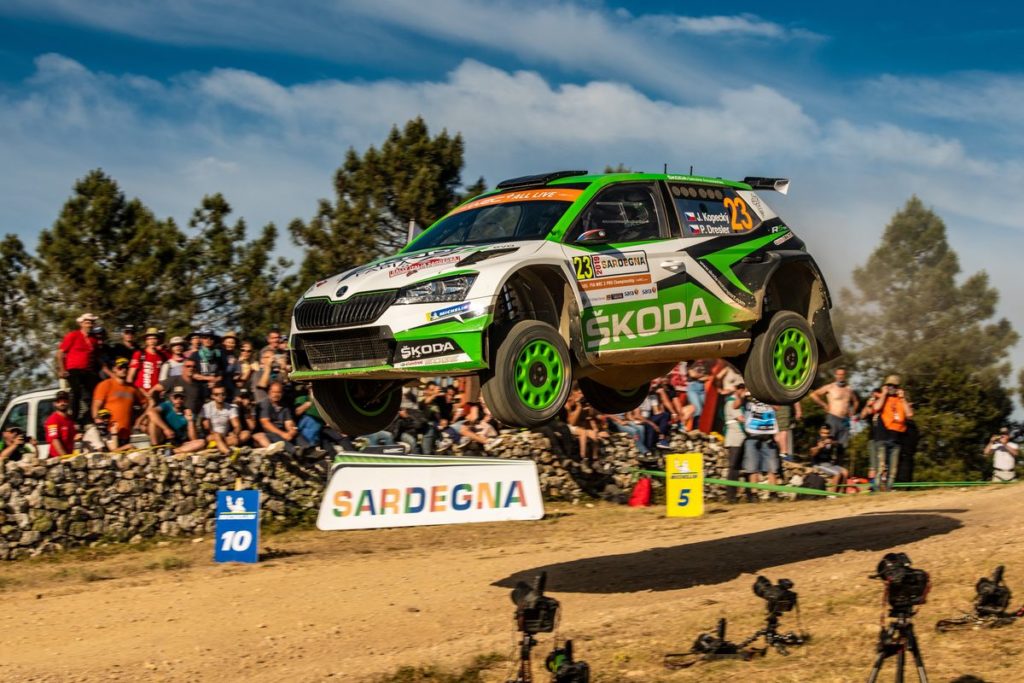 Time to celebrate on the podium in the beautiful harbour of Alghero: Driving two Škoda Fabia R5 evo, Kalle Rovanperä/Jonne Halttunen (FIN/FIN) and teammates Jan Kopecký/Pavel Dresler (CZE/CZE) scored a one-two in the WRC 2 Pro category at Rally Italia Sardegna, eighth round of the FIA World Rally Championship. Also on the four final stages of Sunday, the works teams delivered a tactically faultless performance and gave Škoda Motorsport the second double victory of the 2019 WRC 2 Pro season. Rovanperä even achieved a hat trick win on Sardinia after his recent wins in Chile and Portugal.

The last day of Rally Italia Sardegna brought the final decision on two stages at the coast north of the host town of Alghero, both had to be run twice. Although the landscape at the Sardinian coastline was simply breath-taking, both Škoda works crews wasted no time with any sightseeing. As they were leading the WRC 2 Pro category and also heading the field of the 37 entered R5 cars with a comfortable margin, it was all about finding the right speed in order to be on the safe side and not to lose concentration. And so the crews Kalle Rovanperä/Jonne Halttunen and Jan Kopecký/Pavel Dresler did.

“This is one of the hardest events that I have done. There were really good things we learnt about our driving, our pace notes and also about the car. Thanks to the team – great job,” said Rovanperä at the finish line of the last special stage. Kopecký added: “It’s really great – congratulations to the team, because they again prepared a really perfect car.”

Škoda Motorsport boss Michal Hrabánek said: “I am proud and happy about the great teamwork of our crews bringing this result home and making us lead the championship. We are delighted that our new Škoda Fabia R5 evo worked like a Swiss watch again. I would like to personally thank everybody at Škoda and Škoda Motorsport who made this success happen.”

In the WRC 2 category for private teams, French Škoda privateers Pierre-Louis Loubet and Vincent Landais had lost the category lead on the last stage of Saturday when they suffered a puncture. But they fought back to the lead and won the category like at the previous Rally Portugal ahead of Kajetan Kajetanovicz/Maciej Szepaniak, who drove their first rally with a Škoda Fabia R5. At the end, the top four positions among the initially 37 R5 cars, which had started the rally, were conquered by Škoda crews.

Number of the day: 2