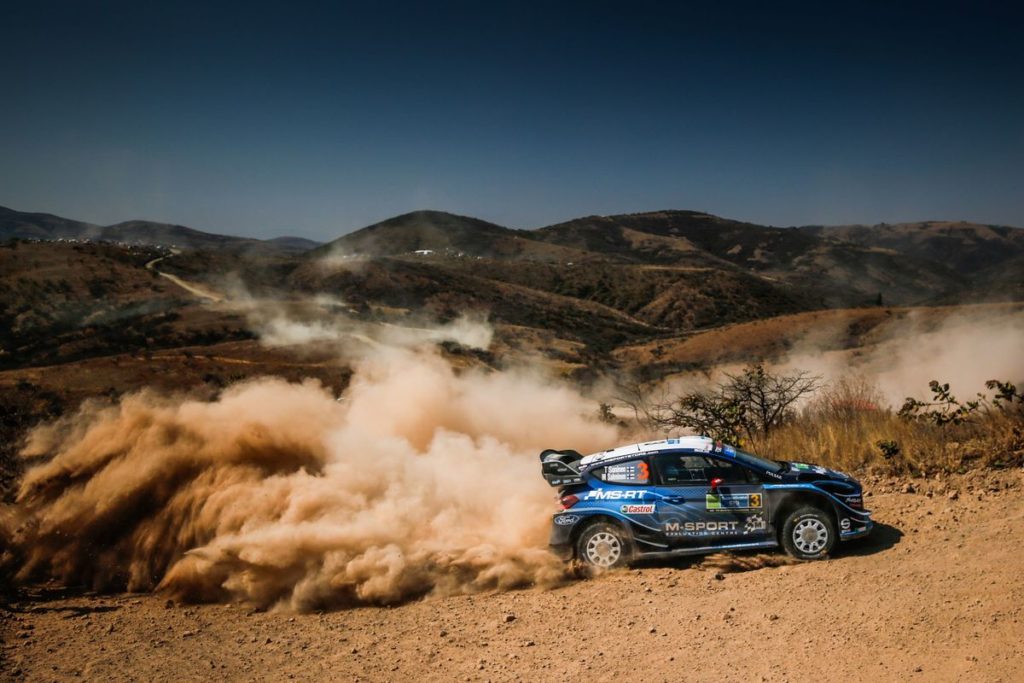 With just three days to prepare the EcoBoost-powered Ford Fiesta WRCs for next week’s Rally Italia Sardegna, the M-Sport Ford World Rally Team had to deliver some serious speed at home in the workshop as well as needing to do the same out on the stages!

The fleet of Fiestas arrived back at M-Sport’s Dovenby Hall headquarters early last Wednesday and the technicians worked more than one late evening – with meticulous attention to detail – to get everything prepared on time.

Loading the cars into the transporters on Friday afternoon, the precious cargo is currently making its way to Genoa in Northwest Italy. From there, it’s an overnight ferry to Porto Torres followed by a short one-hour drive to Alghero where the Fiestas will be safely unloaded in the harbour-side service park.

The team may not have conducted a pre-event test ahead of this rally, but both Elfyn Evans and Teemu Suninen had the pace to challenge for the top results at the previous outing in Portugal. Similarly hot and dusty conditions are expected next week, and the team are confident of being able to deliver another strong performance.

Team Principal, Richard Millener, said: “It’s been a pretty quick turnaround for the lads in the workshop. The cars arrived back on Wednesday and there was more than one late night to ensure everything was ready to leave on Friday! But we have an excellent group of mechanics and they got the job done – fuelled by a few trips to the local pie shop! The Fiesta has a good track record in Sardinia. We won here with Ott [Tänak] in 2017, and Seb [Ogier] missed out on the victory by just 0.7 seconds last year. Elfyn and Teemu also have good experience here. They both know what it takes to deliver a strong performance and we’ll be pushing for another positive result. We had the pace to be on the podium in Portugal, so that has to be our goal again next week. And it would be nice to go into the summer break with some more silverware for the office!”

RALLY ITALIA SARDEGNA JUMPING IN THE DUST
The beautiful island of Sardinia is prime rally territory – its rugged mountains, ancient forests and unspoilt rural terrain providing some of the FIA World Rally Championship’s most challenging and demanding speed tests.

The fast, narrow stages leave no room for error. Lined with car-breaking obstacles, they demand precision driving and note calling from the drivers and co-drivers – who must maintain focus whilst combatting some of the highest temperatures of the year!

ELFYN EVANS SCOTT MARTIN
Having first taken to the wheel of a world rally car at Rally Italia Sardegna in 2013, Elfyn Evans will always have fond memories of the island. The Welshman secured his best result of fourth at the event in 2015, and will be looking to do at least one better this year as he and co-driver Scott Martin challenge for another top-three finish. 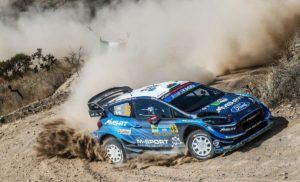 Elfyn Evans said: “I think every driver remembers the first time they got behind the wheel of a world rally car, and for that reason Sardinia will always be a really special place for me. It’s not an easy rally, but once you’ve been there a few times you really learn to enjoy the challenging nature of the stages. We haven’t done a pre-event test for this event, but I did join the guys at Red Bull UK for ‘Red Bull Cut It’ – which is basically a lawnmower race! I’m not sure how much it will help me out on the stages this week, but it was a lot of fun and a good chance to catch up with all of the other Red Bull UK Athletes. Looking ahead to Sardinia, our aim has to be the podium. It won’t be easy as the competition is extremely strong at the moment, but if we can deliver a clever rally I see no reason why we can’t be up there challenging for the top results.”

TEEMU SUNINEN JARMO LEHTINEN
Teemu Suninen will join forces with a new co-driver this week as Jarmo Lehtinen makes a welcome return to competition. Returning to the notes, Lehtinen’s vast experience will aid the young Finn in his development over the second half of the season.

Having contested Rally Italia Sardegna on three previous occasions, Suninen has good knowledge of the event and is a two-time class winner on the island – claiming victory in the WRC 3 category in 2015, and WRC 2 in 2016.

Teemu Suninen said: “I’ll have a new co-driver next week as Jarmo Lehtinen joins me for the rest of the season. I want to thank Marko [Salminen] because we achieved a lot together over the first half of the year. We won stages and led our very first rally. But I am still learning, and having the experience of someone like Jarmo will be really important if I am to achieve my goals over the second half of the season. Rally Sardinia is quite familiar to me. This will be my fourth time there and I hope that helps as I get up to speed with Jarmo. With only a week since the previous event we haven’t had long to prepare, but if everything goes to plan I’m confident I can show the same pace I had in Portugal. We’ll need to be really focused, not only because this is a new partnership but also because this is a really tough rally. The stages can be quite rough so we’ll have to be careful to mark every stone on the recce. And it’s also a really hot rally so we’ll need to make sure we’re drinking enough and eating properly to keep our energy levels high.”

M-Sport Ford World Rally Team’s Gus Greensmith and Elliott Edmondson will return to the EcoBoost-powered Ford Fiesta R5 as they make their Rally Italia Sardegna debut next week. Fresh from their excursion with the top-specification Fiesta in Portugal, the pairing are back in the FIA World Rally Championship’s premier support series and keen to secure a good result against strong competition in the WRC 2 Pro category.

Team mate Łukasz Pieniążek has unfortunately had to withdraw from the event. The Polish driver showed good speed on a number of stages this year, but has been forced to put his season on hold as he searches for the budget to continue his programme. The door remains open and M-Sport hope to continue their co-operation with Pieniążek later in the year and to see him behind the wheel of the all-new EcoBoost-powered Ford Fiesta R5. 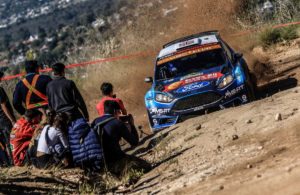 Gus Greensmith said: “I’m still quite shocked about how much I learnt from driving the world rally car in Portugal, and I hope that will help me next week when I take to the wheel of the current Ford Fiesta R5 one last time! This will be my first time in Sardinia, but I’ve always tended to do quite well on events with technical stages. It will be rough, and conservation will play a part for sure, but from what I’ve seen I think this is a rally that will suit me and the Fiesta. This car has been a phenomenon in the world of rallying. It’s achieved so much over the past six years, and I plan to give the old girl a good send off before getting my hands on the all-new EcoBoost-powered Ford Fiesta R5 after the summer break in Finland.”

Łukasz Pieniążek said: “I’m hoping that Rally de Portugal won’t be our last WRC event this year but unfortunately we’ll have to miss the upcoming Rally Sardinia. Thanks to my long-time partners I was able to join a factory team for this year for which I’m incredibly grateful. Unfortunately at the moment our budget isn’t allowing us to continue with our WRC programme. We’ll keep working on securing backing which would allow us to continue the season and our co‑operation with M-Sport. The team understands our situation and is very supportive while still hoping to have us back in WRC 2 Pro – for which I’m very thankful. I hope that we’ll be able to find partners who will allow us to return to the FIA World Rally Championship. Especially as the new Fiesta R5 has huge potential and I would love to try it in action.”