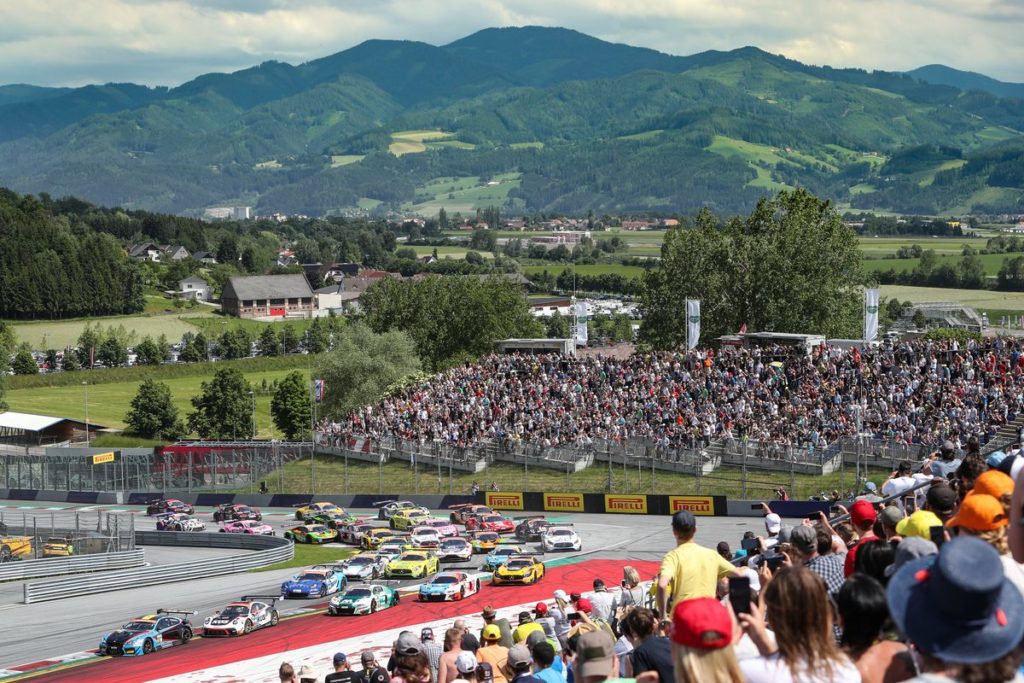 The fifth race of the 2019 ADAC GT Masters remained suspenseful to the last lap. The BMW of Nicolai Sylvest (21, DK) and Jens Klingmann (28, GER, both MRS GT-Racing) crossed the finish line at the Red Bull Ring in Austria in first place, just 0.289 seconds ahead of the Corvette of runners up Sven Barth (38, GER) and David Jahn (28, GER, both RWT Racing). Third place went to the Porsche pairing of Klaus Bachler (27, AUT) and Timo Bernhard (38, GER, both Küs Team75 Bernhard). “It was really close in the end,” said winner Klingmann after claiming a first ADAC GT Masters victory since 2015. “I was glad that the race did not go on for much longer. After our bad luck in the past, we really deserved this win.”

The first win for BMW since the start of the 2017 season was a hard-fought affair. Pole-sitter Sylvest in the M6 GT3 defended his lead at the start. After that, the Dane pulled away a little from Klaus Bachler in the Porsche, who had improved from fourth on the grid to take P2. The lead of the two front-runners hovered at around 1.2 seconds until the pit stop window. Sylvest’s partner, Jens Klingmann, subsequently increased his lead to as much as two seconds for a time, but in the final quarter of an hour, Corvette driver David Jahn got ever closer, putting the BMW man under intense pressure. Jahn had taken the US sports car over in third place from Sven Barth at the mandatory pit stop but then emerged in P2 ahead of Timo Bernhard, who had followed on from Klaus Bachler at the handover. The Corvette driver then steadily reduced the deficit on the leader and was directly behind the BMW in the dying stages of the race. Klingmann, however, kept his nerve and defended the top spot. After 40 laps, he finally took the chequered flag in first place with a lead of 0.289 seconds.

While this was Klingmann’s ninth victory in the ADAC GT Masters – his first since Zandvoort in 2015 – it was the first ever for team-mate Sylvest, who also won the Pirelli Junior classification. This success ended a nine-year period without a win for MRS GT Racing. In 2011, the Lonsee-based outfit won the inaugural race of the Super Sports Car League at the Red Bull Ring with a Porsche.

Barth and Jahn took second place and secured their best result of the season so far in the Corvette which was racing under the Austrian flag. At the same time, it was also Barth’s third victory in this season’s Pirelli Trophy competition. Local favourite Klaus Bachler and team-mate Timo Bernhard finished third, making their first podium appearance of the year. Patric Niederhauser (27, CH) and Kelvin van der Linde (22, ZA, both HCB-Rutronik Racing) were a slightly disappointing fourth after starting from second on the grid but nonetheless defended the championship lead as the best placed of the Audi contingent. Markus Pommer (28, GER) and Marvin Kirchhöfer (25, CH, both Callaway Competition) completed the Top Five in their Corvette C7 GT3-R.

Jeffrey Schmidt (25, CH) and Christopher Haase (31, GER, both BWT Mücke Motorsport) in an Audi moved up ten places to finish ninth. They were followed across the line by the HB-Racing Ferrari 488 GT3 of Luca Ludwig (30, GER) and Sebastian Asch (33, GER).

Nicolai Sylvest (MRS GT-Racing, BMW M6 GT3): “I’m obviously delighted at what we – Jens, the team and I – have achieved together. I’m a bit lost for words, actually. My start was good. After that, it was difficult to maintain the gap to the second-placed Porsche. I knew that if I make a mistake, the Porsche would pounce. Jens did a great job in the closing stages. He came under a lot of pressure from the Corvette. I was mega nervous in the pits, but we had great faith in Jens and he finished the job.”

Jens Klingmann (MRS GT-Racing, BMW M6 GT3): “The qualifying result and Nicolai’s start were the basis for our success. When I saw that the Corvette was up to second place after the driver change, I knew that it was going to be tight, because it is a car that has excellent straight-line speed, which is very important here. I tried to manage the lead, but David Jahn just kept narrowing the gap by whole tenths of a second. When he was on my tail in the last 15 minutes, every lap was like qualifying. It was really tight. I am glad that the race lasted only one hour. I think we deserved the win, especially after Most where we were in third place for a long time but eventually fell behind. The team has worked hard for this success.”

0 0 0 0 0
Previous : ADAC Formel 4 – Dennis Hauger in lights-to-flag victory at the Red Bull Ring
Next : DTM – Müller is back! Second DTM career win in Misano on Sunday