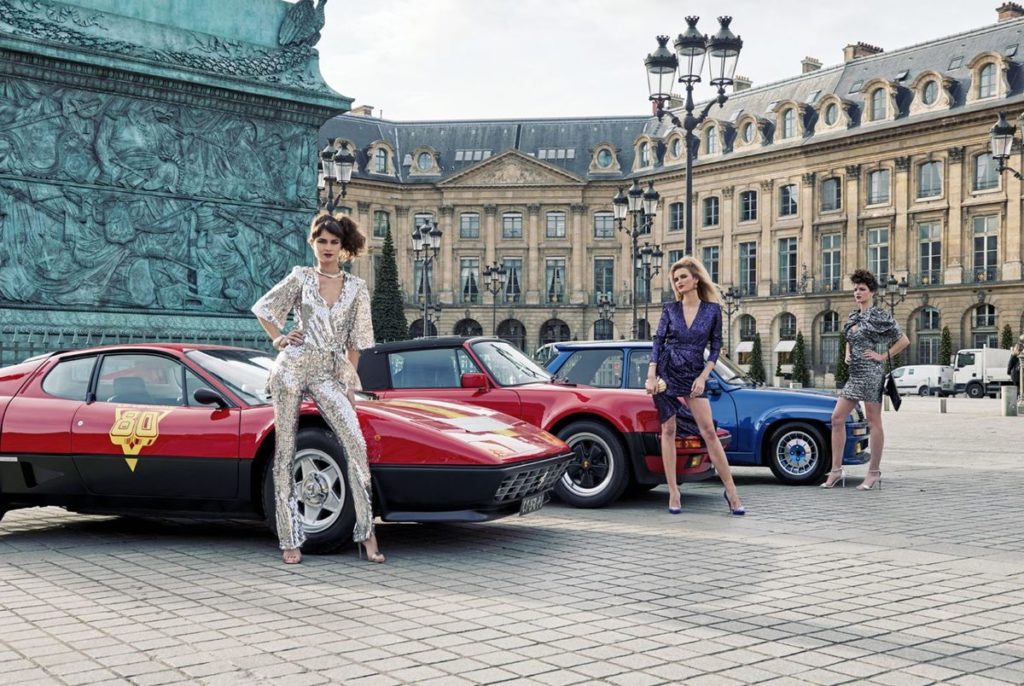 Coming up this weekend (7-9 June), take a journey back through time with the maiden edition of the SRO Motorsports Group-organised Le Vendôme 80, where 40 entrants will take their retro vehicles from Paris to the historic city of Vendôme, Loir-et-Cher.

The rally embodies all that is eighties, with attendees encouraged to don era-appropriate clothing, as participants showcase some of the most iconic cars from the decade. Along their travels, entrants can enjoy a raft of activities, including a gala dinner, competition – judged by celebrity guests – and private concert.

Motoring enthusiasts certainly won’t be disappointed with the huge variety of classic cars on display at the Place Vendôme start point in Paris. Among the list of cars is a Lamborghini Countach 5000 QV, Aston Martin Volante X Pack, several Ferrari Testarossa, BMW Alpina B7 Turbo, Renault R5 Turbo 2, Lotus Esprit Turbo, Mercedes 300E Brabus 3.6 and a number of Porsche 911, all produced around the 1980s and driven by passionate automotive enthusiasts.

Participants will rendezvous at Place Vendôme for the concours d’elegance, where a celebrity jury panel, will judge participants on their eighties clothing, accessories, hairstyles, music and, of course, the cars themselves.

The winners will be announced during a Golden Eighties gala dinner at the Ritz Paris on Friday evening, with the cars remaining on display until the departure time on Saturday morning at 08:00.

From Place Vendôme, the cars will embark on their first journey, a 232.6 km drive to Salbris, and are expected to arrive at around 13:00, where the participants can enjoy a country lunch at the Ecuries de Rivaulde.

Next, is a 132 km trip from Salbris to Amboise, the historical French commune where entrants can enjoy a private visit to the impressive Chenonceau, which is the only bridge-castle in the world and one of the most impressive examples of Renaissance architecture.

After an evening of more fine dining, a concert featuring stars of the eighties, such as Caroline Loeb, Jean-Pierre Mader and Joniece Jamison, will entertain those involved in the rally exclusively with top hits from the decade.

The final day will see the cars travel 126.9 km on magnificent departmental roads to the last destination, Vendôme. The cars will gather at Château de Rochambeau, before parading through Vendôme’s historical streets and finishing outside the Town Hall, where the prize-giving ceremony will take place.

SRO Motorsports Group founder and CEO Stephane Ratel: “We are delighted to return to rallying, especially with an event dedicated to the flamboyant 1980s. The Le Vendôme 80 is inspired by other famous classic rallies, but while there are prestigious classic rallies for 50s to 70s cars, such as the Mille Miglia and the Tour de France Auto, nothing similar existed for the 80s. We wanted to fill this gap, by adding a ‘total look’ aspect. The project of a 90s rally is already in progress, after which we will look at the 21st Century. This is an important project for SRO, for we want to develop our ‘automotive entertainment’ events.”

For the event, SRO will work alongside journalist, author and screenwriter Emmanuel de Brantes, the founder of L’Association pour la Promotion de l’Excellence Française, with a part of their profits going to the Brain and Spinal Cord Institute.