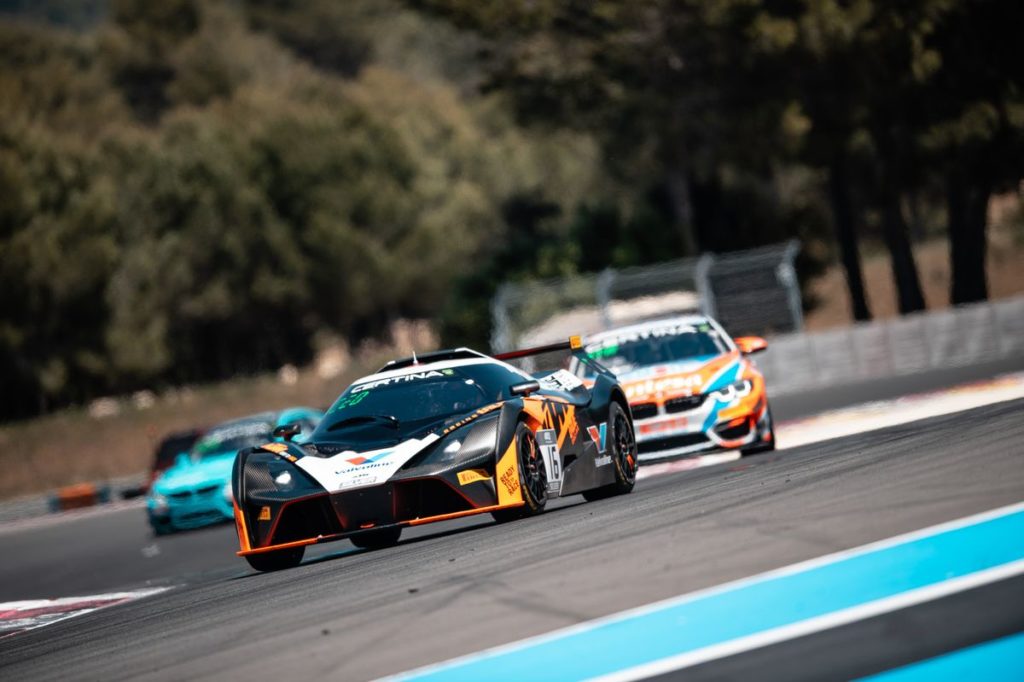 Consistency and fighting spirit were once again the key to success for Patric Niederhauser last weekend at Le Castellet. The 27-year-old Swiss and his True Racing team-mate Reinhard Kofler registered two strong Top Ten results in France on the third race weekend of the 2019 GT4 European Series. Their KTM X-Bow GT4 finished the two 60-minute races fifth and fourth out of a field of 42 GT4 sports cars.

After spending much of the weekend experimenting with setup, the two partners got it sorted just in time for the qualifying sessions. Niederhauser and Kofler were the best of the KTM X-Bow GT4 contingent, booking P6 and P3 respectively on the grid.

On Saturday, Niederhauser was forced off the track several times in hard fought wheel-to-wheel encounters, and a spin resulting from a no-fault collision dropped him a long way back down the field. Although the long straights on the Circuit Paul Ricard were not helpful to the KTM cause, Niederhauser fought his way back from 25th to hand over to his partner in 17th. Kofler then maintained the recovery which was rewarded with a P5 finish.

The second race was less stormy for the two True Racing team-mates who only just missed out on a podium in fourth. This fifth Top Five finish in the sixth race of the season puts them in fourth place in the overall standings at the halfway stage of the championship, just 17 points behind the leader.

The next race weekend in the GT4 European Series (28th – 30th June) takes Niederhauser to the Misano World Circuit Marco Simoncelli. As early as next weekend, however, he will be back in action in the ADAC GT Masters. At the Red Bull Ring, he and team-mate Kelvin van der Linde will be defending their championship lead at the wheel of an Audi R8 LMS fielded by HCB-Rutronik Racing.

Patric, after a difficult start to the weekend, you got your act together just in time…
Patric Niederhauser : “It was a bit of an up-and-down weekend. We were still having some problems in the practice sessions and we were lacking pace. It was only after we had turned things round in qualifying that we were confident about the races. Third and sixth on the grid were respectable positions. We knew from the beginning that the track with its long straights was not going to suit our KTM particularly well. Consequently, we were quite satisfied with the outcome.” 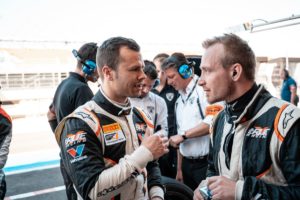 After struggling in free practice, you had yet another fight on your hands in the first race.
Patric Niederhauser : “I got off to a good start, but unfortunately I was pushed into the run-off zone by an opponent on the first lap. That dropped me back to twelfth place. I quickly recovered from that and resumed the fight, but a few laps later I was spun round in a scrap for position. As a result, we lost around 15 places again, and from that point on, we went on a charge that eventually took us to fifth place. It wasn’t easy to compensate on the corners for our top speed disadvantage, though. On the whole, we were very satisfied, despite the chaotic conditions in the race.”

What is your feeling after the two races in France?
Patric Niederhauser : “On Sunday, we had another good race. We avoided making any errors and got the maximum out of the situation. We were never going to finish any higher than fourth. But we were expecting that at Le Castellet. We’ve scored some vital points towards the championship, and we know that the upcoming racetracks will be a lot better. We are still right there in the battle for the championship, and we intend to have a say in destination of the title.”

Before that, though, you have the next race in the ADAC GT Masters, where you are currently leading the championship.
Patric Niederhauser : “I’m really looking forward to competing at the Red Bull Ring again. It’s been two years since I was there last. I always say that it’s a sort of home race for me. And it’s not that it’s close to where I live. It just feels like home – the landscape and the people. That’s why I always like being at Spielberg. However, I’m not expecting an easy weekend. The track itself does not really suit the Audi R8. But we will obviously be doing our utmost to defend our championship lead.”

0 0 0 0 0
Previous : Sébastien Carron celebrates successful debut in the Polo GTI R5
Next : A weekend full of contrasts for Street-Art Racing at the Circuit Paul Ricard