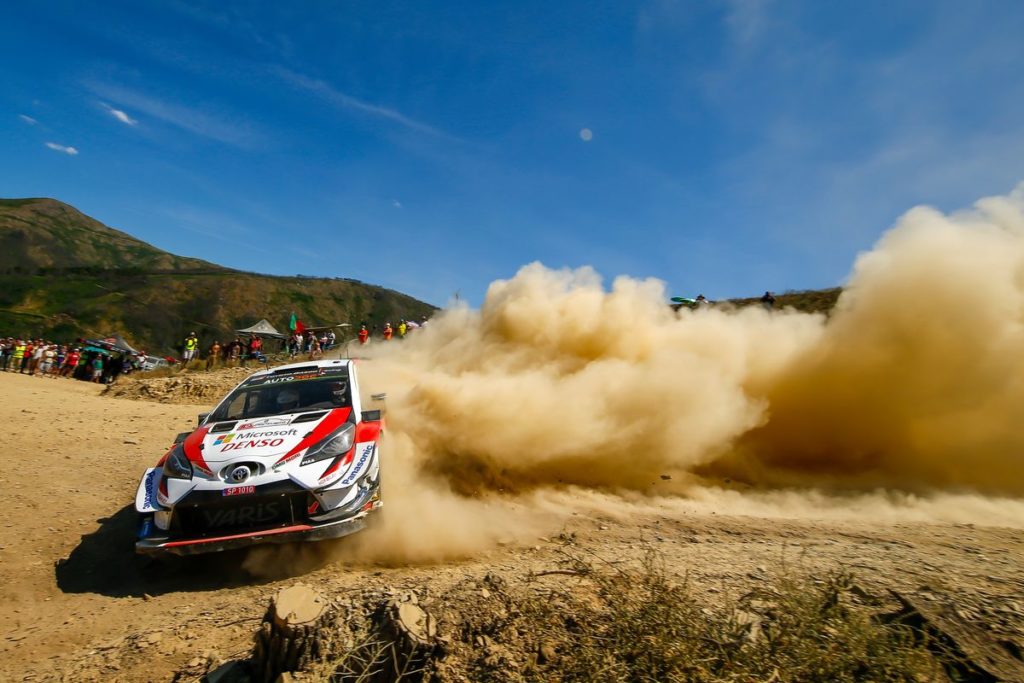 Toyota Gazoo Racing World Rally Team remains at the top of the Rally de Portugal leaderboard heading into the final day, with Ott Tänak 4.3 seconds ahead of team-mate Kris Meeke at the end of a long and tough second leg.

The longest day of the rally featured 160.7 competitive kilometres, split across two loops of three stages. During the morning, the team continued its stranglehold on the top three positions with a strong performance. In third overall on Friday night, Meeke was fastest on the opening stage to increase his advantage over the chasing pack, before second-placed Jari-Matti Latvala won the following two stages. Tänak remained the leader, overcoming damage to his car’s braking system that he was able to repair on the road section between stages. 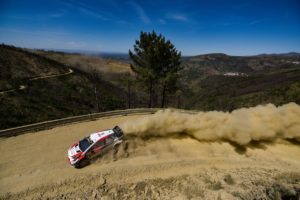 The stages proved to be much rougher for the second pass in the afternoon. Latvala’s car sustained a suspension issue and he had to stop prior to the final stage of the loop, but should be able to restart tomorrow from 11th overall. Tänak also suffered a suspension problem near the end of the afternoon’s closing test but continues to lead ahead of team-mate Meeke, who was second-fastest on all three of the afternoon stages to hold off those behind him.

Quotes:
Tommi Mäkinen (Team Principal) : “This was an incredibly difficult day and a very eventful one. But the team is still in a strong place, in first and second positions overall going into the last day. I’m very sorry for Jari-Matti, because he had such a strong morning, he was so fast and I know he was really looking for a good result. Ott had a similar problem: Luckily, it was very close to the end of the day and it wasn’t so serious. We need to investigate very carefully what happened in both cases, and do whatever is necessary before Sardinia to ensure that it doesn’t happen again. But we will continue to fight tomorrow: We are still first and second overall. The gaps are small but our drivers have a good feeling and I know they’re looking forward to pushing hard until the end.”

Ott Tänak (Driver car 8) : “It’s been a really tough day. Already early in the first stage we lost the brakes. We had to work quite hard on the road sections but we managed to make the car OK for the long stage and then the team could fix it completely in service. The afternoon loop was definitely the most challenging of the rally. It was really rough with lots of rocks everywhere, so it was very demanding for the cars. Unfortunately, we got an issue on the last stage, and we were lucky to continue. But we are still in the lead and it’s all to play for tomorrow. We know the car has the speed and performance to win. Sunday drives can sometimes be quite boring but this time we will need to push, and I’m looking forward to the fight.” 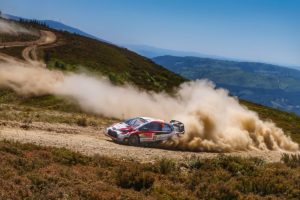 Jari-Matti Latvala (Driver car 10) : “I had a really good morning. I went for two hard tyres and they were working really well, and I was able to push hard. I was really happy with the speed. The car was feeling really good and I was in a good rhythm and enjoying it. Then in the first stage in the afternoon, I had a strange feeling at the front and knew that something wasn’t right. We tried to make a fix in order to continue but the road was so rough and it finally broke. It’s frustrating because I thought we had the chance to get back on the podium. At least the speed is there: That keeps me motivated, and I know we will keep fighting. Tomorrow we will try to take some points from this rally.”

Kris Meeke (Driver car 5) : “It’s been a good day for me, probably my best yet in this car. I’ve really enjoyed driving the car and I was able to find a good rhythm this morning, much better than yesterday. I’ve struggled on the second passes up to now, but I could have good pace this afternoon which I’m happy about. We had to push hard to defend our position, and I gave it everything. I feel sorry for Jari-Matti as he was doing a really strong rally. But it’s been a tough rally, especially for the cars: With it being so hot and dry, the roads were really broken on the second pass – the worst conditions I’ve seen them in. Now it’s important that Ott and myself try to bring home a Toyota one-two. We’ll need to do our maximum tomorrow.”

What’s next?
The final day of the rally takes place in the Fafe region with five stages in all. That includes two passes of the famous Fafe test itself, the second as the rally-ending Power Stage.

Key stage: Fafe (SS17 & SS20, 11.18 kilometres)
Miikka Anttila (Co-driver car 10): “Fafe is one of the iconic stages of Rally de Portugal. The surface is nice, because there is not so much risk of a puncture. There are two jumps, and the final one is a very famous one. There you really have to brake and reduce the speed, because if you go flat-out you will go flying! It’s an extremely nice Power Stage and a proper way to finish this rally.”