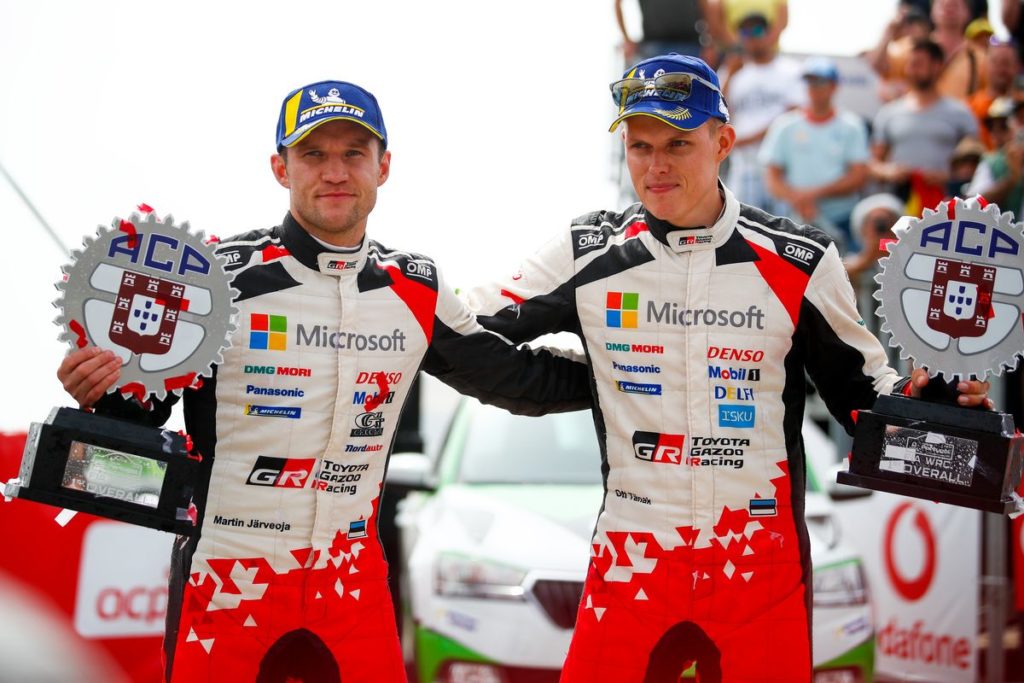 Ott Tänak and Toyota Gazoo Racing World Rally Team are celebrating their second victory in as many events – and their third in total in 2019 – after clinching a hard-earned win on Rally de Portugal.

Having been out front ever since the third stage of the rally on Friday, Tänak headed into the the final day’s five tests with a lead of 4.3 seconds over his team-mate Kris Meeke, who in turn was just 4.9s ahead of third place. Both were able to push hard through the first three stages to increase their advantages, setting the top two fastest times on each occasion. Meeke then had a spin in the penultimate stage, dropping him to third, before he clipped a tree stump on the inside of a corner at the start of the final stage and had to retire.

Tänak and co-driver Martin Järveoja controlled the final two stages perfectly to clinch victory by 15.9 seconds and record the third-fastest time in the Power Stage for three bonus points, ensuring Tänak closes to within two points of the leader in the drivers’ championship heading to the next round in Sardinia.

After stopping prior to Saturday’s final stage, Jari-Matti Latvala restarted this morning and gained four places to finish seventh overall. In doing so, he scored valubale points towards the manufacturers’ championship, where Toyota continues to close the gap to first position.

Quotes:
Tommi Mäkinen (Team Principal) : “This is another brilliant win for Ott and for the team. He was really strong, leading from Friday despite being second on the road, and managing everything really well in some tough conditions. Well done to him and Martin. Our performance was very good throughout the weekend: We saw that the other two cars had the speed to be up there as well. Unfortunately, Jari-Matti had the issue yesterday, and Kris made a small mistake today that was quite costly. But things are still going in the right direction in both championships and we are looking forward with confidence.” 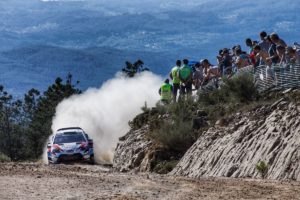 Ott Tänak (Driver car 8) : “It feels great to stand on the top step of the podium today. It’s been a long and very tough weekend, definitely the hardest win I’ve ever had. From Friday, our performance was really strong, especially considering our road position. On Saturday we had to fight really hard, but today everything was working well and the speed was there. In the first stage I was a bit careful, as there was a lot of tricky dust and it was difficult to see anything, but after this we could safely push a bit more and build a bigger gap. The championship is looking really tight but I think we are in a good position going to Sardinia.” 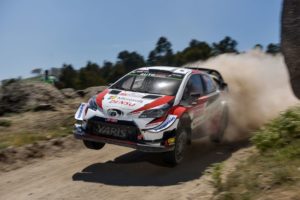 Jari-Matti Latvala (Driver car 10) : “It was good to restart this morning, and our target was to get back into the top 10 and score some points. Unfortunately, we couldn’t go for a fast time on the Power Stage: My run was red-flagged because another car blocked the stage in front of us. But in the end we were able to get back up into seventh position overall and take some important points, especially for the team. Personally, I can’t be satisfied with the result, as we were going very strongly yesterday. But the speed is there, that is very important, and we know that the car is fast. I’m looking forward and believe we can have some very positive rallies coming up.” 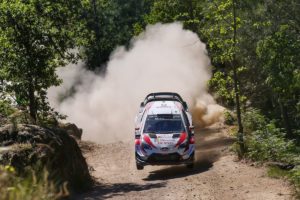 Kris Meeke (Driver car 5) : “Today started well. We were able to increase the gap to behind us, and then we were just trying to hold it. Unfortunately, we had a spin on the penultimate stage and it cost us some time trying get going again. Going into the Power Stage, I didn’t have so much to fight for, the bonus points were not such a big concern for me. But in a right-hand corner there was a tree stump in the grass on the inside, I didn’t have it in my notes and I caught it with the steering wheel open. It was completely my mistake. I’m gutted for the team because we’d had such a strong rally. Now we have to move on and take the positives from this weekend: It’s been my strongest yet in this car and we have to look forward.”

What’s next?
Rally Italia Sardegna (June 13-16) features fast and narrow stages coated with fine and sandy gravel, which is swept away by each passing car to leave rockier and rutted roads. Exposed rocks, as well as trees at the side of the road, can catch out the unwary. Temperatures can often be high, increasing the stress on the cars and the tyres.

0 0 0 0 0
Previous : WRC – Hyundai Motorsport has claimed its 50th podium finish in a round of the FIA World Rally Championship
Next : WRC – Unrewarded pace in Portugal