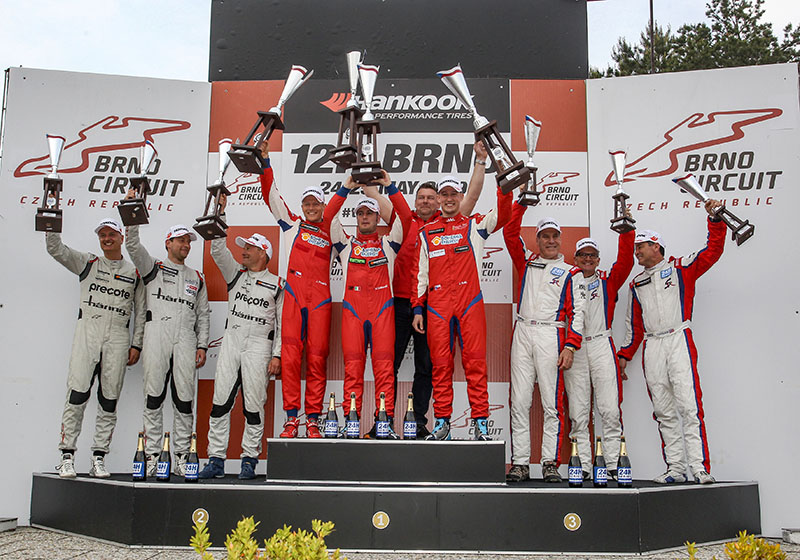 The Bohemia Energy racing with Scuderia Praha Ferrari 488 GT3 (#11, Jiří Písařík / Josef Kral / Matteo Malucelli) continues its undefeated streak at the 12h de Brno with its third consecutive victory at the event. Matteo Malucelli crossed the finishing line to complete 321 laps of the 5.403km Automotodrom Brno, securing not only the team’s hat trick at the event but also its third successive win of the 2019 European Championship, following wins in Mugello and Spa-Francorchamps. 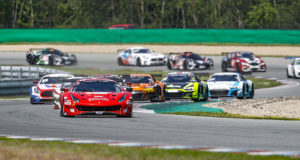 Despite a commanding start to the race on Friday afternoon, cooler temperatures when the race restarted on Saturday morning left the Ferrari scrabbling for grip, allowing the Herberth Motorsport Porsche 991 GT3 R (#91, Daniel Allemann / Ralf Bohn / Robert Renauer) to move ahead. As conditions began to improve, and even despite a small rain shower, the gap would begin to close once again. A slow pit stop for the Herberth Porsche heading into the final hour ultimately allowed the Scuderia Ferrari to reclaim the top spot.

Winning at home for the third time was clearly an emotional moment for Jiří Písařík.

“You don’t know how nervous I was this morning and yesterday,” the Czech driver told radiolemans.com’s Joe Bradley. “Normally you go racing and there are not too many people. When you race at home, you know everybody, and it makes this win so much more special!”

Though disappointed, Herberth Motorsport nevertheless walks away with its second consecutive A6-Am victory in the 24h Series.

The Speed Lover Porsche 991-II Cup (#978, Dominique Bastien / Sven Van Laere) took a sensational win in ‘991’ after passing DUWO Racing (#909, Andrey Mukovoz / Sergey Peregudov / Stanislav Sidoruk) in the closing stages of the race. The Luxembourg team was still able to hold on to 2nd in-class ahead of the first of two Porsche Lorient Racing 991-II Cups (#911, Jean-François Demorge / Gilles Blasco / Lionel Amrouche / Frédéric Ancel), the latter moving to the top of the 991-class European Championship standings in the process. 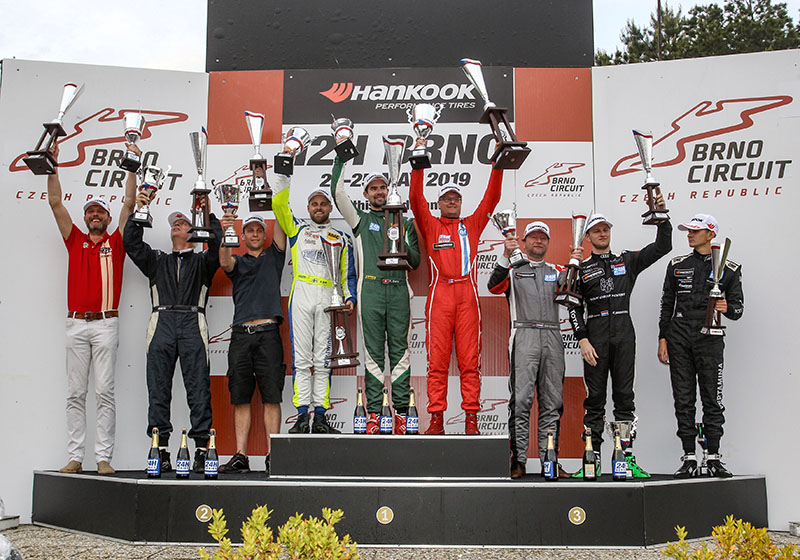 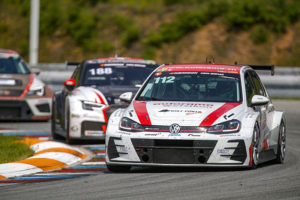 The Swiss team has now finished every race of this year’s 24h TCE Series on the podium, and now holds a nine-point lead in the TCE European Championship standings.

“It’s been a really brilliant season so far,” Kari-Pekka Laaksonen explained to radiolemans.com’s Joe Bradley. “This was a really exciting race, very close between the TCR cars from start to end. Nobody knew who was going to win this. I think we all had problems with tyre wear, and we tried to prolong a few of our stints so we could drive a little longer and save fuel. That is what made the difference today.”

24h Series endurance racing action continues in two months time at the 2019 24h Portimao on 5-6-7 July. In a format unique to the 24h Series, the Portuguese event will host the fourth round of the 2019 European Championship and will also be an eligible points-paying race for the 2019 Championship of the Continents. One month later, the 24h Series heads to Spain for the 21st annual running of the 24h Barcelona. Further information on this year’s calendar can be found at www.24hseries.com.