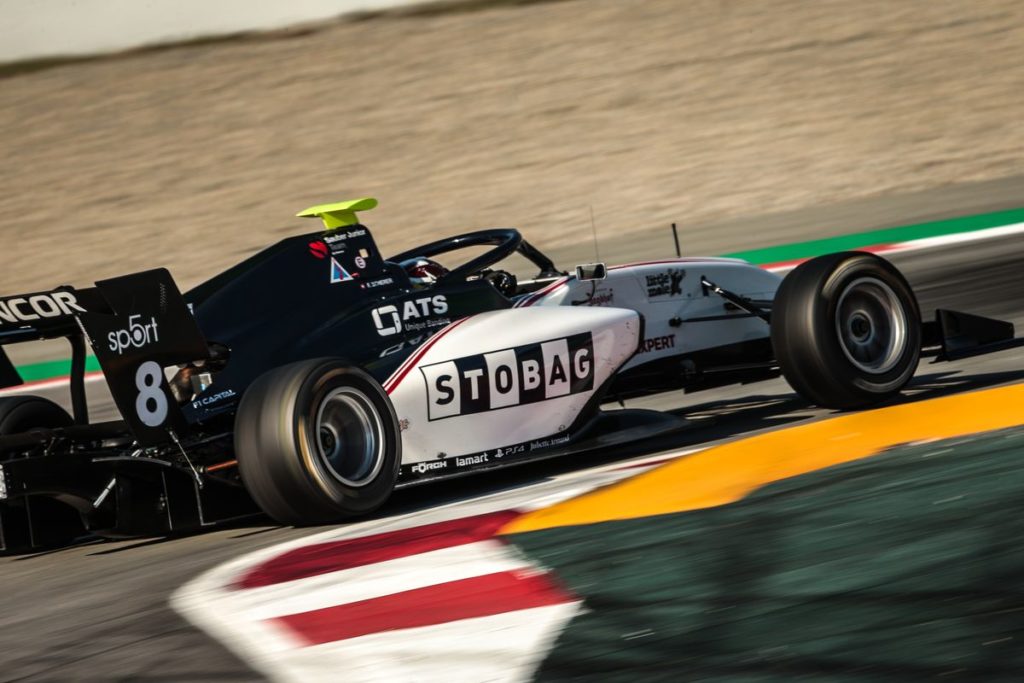 Sauber Junior Team driver Fabio Scherer experienced a character-building weekend as the FIA Formula 3 Championship got underway at Circuit de Barcelona-Catalunya in Spain, where his chances were cruelly dashed through no fault of his own.

With the new-look F3 series performing on the undercard of the FIA Formula 1 Championship, the 19-year-old was determined to start the season on a positive note.

However, the rising Swiss star suffered disappointment before the action got underway. As competitors warmed up their brakes and tyres on the formation lap of Saturday’s race one, Fabio’s car was unexpectedly hit from behind by another driver.

The incident damaged the rear of the car and punctured the left-rear tyre, forcing Fabio to make a pit stop while his fellow competitors took their grid positions.

The race stewards apportioned blame for the incident entirely to the other driver, but that was of little solace to Fabio. After a replacement tyre had been fitted, he finished the 22-lap race in P27.

“I’m very disappointed. My race weekend was effectively over on the way to the grid for the first race,” he explained. “There was nothing I could do about it – I just felt the impact and realised I had a puncture. The car’s gearbox was damaged, so even when I got into the race after my pit stop, my pace was compromised.”

The Stobag-supported driver was determined to make amends in race two on Sunday. With the grid positions decided by the finishing order in race one, he knew he would have to push hard to make up ground.

“My car’s pace was a little better, but I was always going to have my work cut out from P27,” Fabio said. “I moved up a couple of places and on lap eight, I was challenging for position going into Turn One when the driver ahead changed position in the braking zone. I couldn’t avoid making contact as we turned into the corner. I got spun around and my car’s suspension was damaged, so I was forced to retire.”

Although the Spanish weekend did not provide the start Fabio was hoping for in his FIA F3 Championship campaign, he is already looking ahead.

“It was a poor weekend by my standards and I’m determined to put it behind me. We now have a six-week break and I’m already focusing on the next race at Circuit Paul Ricard,” he said. “I have useful track knowledge thanks to pre-season testing, so I’m confident that I will have a positive weekend there – if luck is on my side.”

Round two of the FIA Formula 3 Championship takes place at Circuit Paul Ricard on 21-23 June.