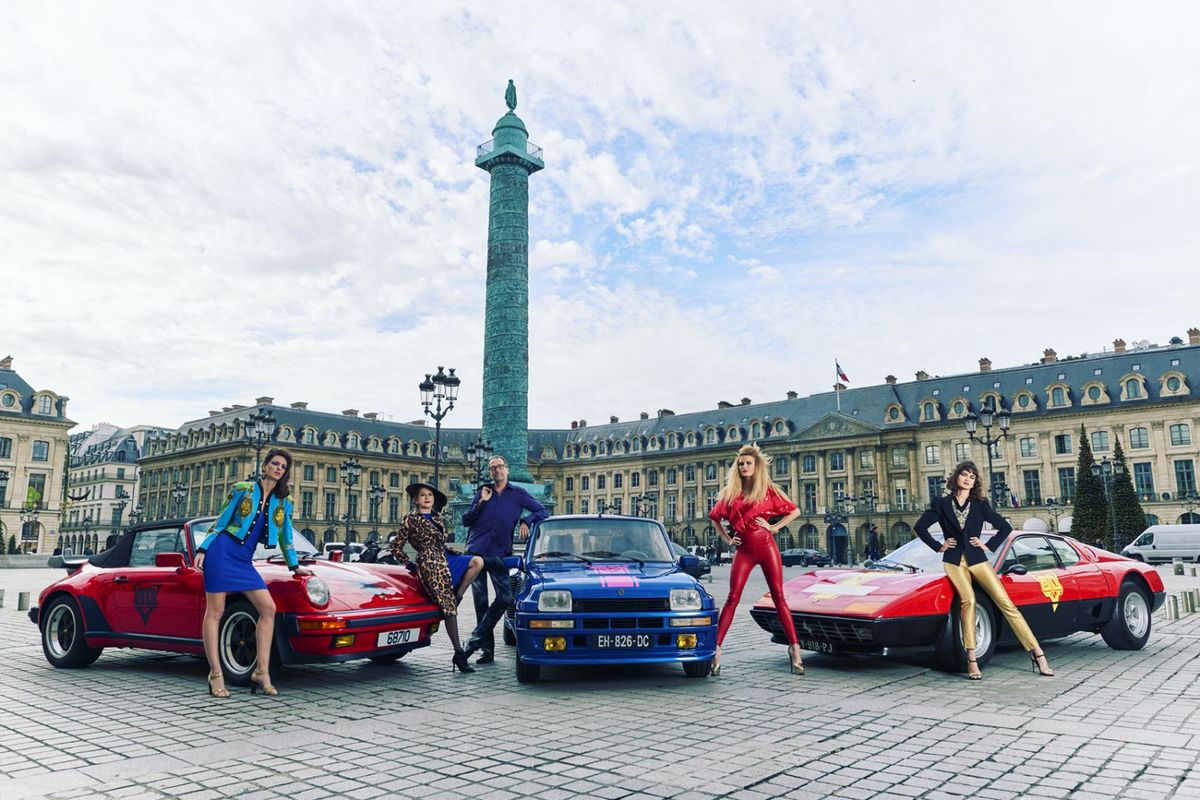 As the promoter of several international motor racing championships, SRO Motorsports Group is renowned for its highly professional approach. On 7-9 June 2019, the company led by Stéphane Ratel will draw on this experience to organise Le Vendôme 80, a unique event for automobile and motorcycle enthusiasts, as well as devotees of the nineteen-eighties. For the occasion, SRO will work alongside the journalist, author and screenwriter Emmanuel de Brantes, the founder of L’Association pour la Promotion de l’Excellence Française.

Le Vendôme 80 is not about competition. Its true driving force is a passion for the great cars and motorcycles produced during the eighties, as well as the style of the decade.

For those who wish to participate but do not own a suitable car, there will be opportunities to rent an era-appropriate vehicle and experience the incredible itinerary being planned for the event.

The adventure begins on Friday 7 June, when cars and motorcycles will be exhibited at Place Vendôme. From 18:00 a concours d’élégance will be organised for these historically significant machines, as well as for the participants who will be encouraged to dress for the occasion in eighties clothing and accessories.

A jury of personalities who had a major influence on the decade – including Marc Cerrone – will perform judging duties. This will be followed by a “Golden Eighties” gala dinner at the Ritz Paris, where the fashion of the time will be on full display while the winners of the concours d’élégance are announced.

On Saturday, the first leg of the rally will take participants from Paris to the Château des Muids in Sologne, where they will enjoy a country lunch. During the Second French Empire, Muids was frequently visited by Emperor Napoleon III and his wife, Empress Eugenie.

The second half of the day will take the rally to Chenonceau. With its five arches spanning the river Cher, the “Château des Dames” is the only bridge-castle in the world, making it a superb example of Renaissance architecture that is sure to leave a lasting impression. Particpants will dine at the gourmet restaurant located in the castle orangery, followed by a private concert where artists such as Caroline Loeb, Jean-Pierre Mader and Joniece Jamison will play the sounds of the eighties.

On Sunday, the rally will travel from Chenonceau to Vendôme, a city known for its artistic and historical significance. After entering through the Saint-Georges gate, competitors will take part in a private lunch organised in the courtyard of the Town Hall, and the award ceremony will take place.

SRO Motorsports Group and l’Association pour la Promotion de l’Excellence Françaisewill combine their wealth of experience organising high-end events to ensure that Le Vendôme 80 is fully documented with photos and videos, including via social media. What’s more, a portion of the profits will be donated to the Brain and Spinal Cord Institute (Institut du Cerveau et de la Moelle).

Will you be part of this unique event? Be sure to mark down June 7th to 9th in your diary.