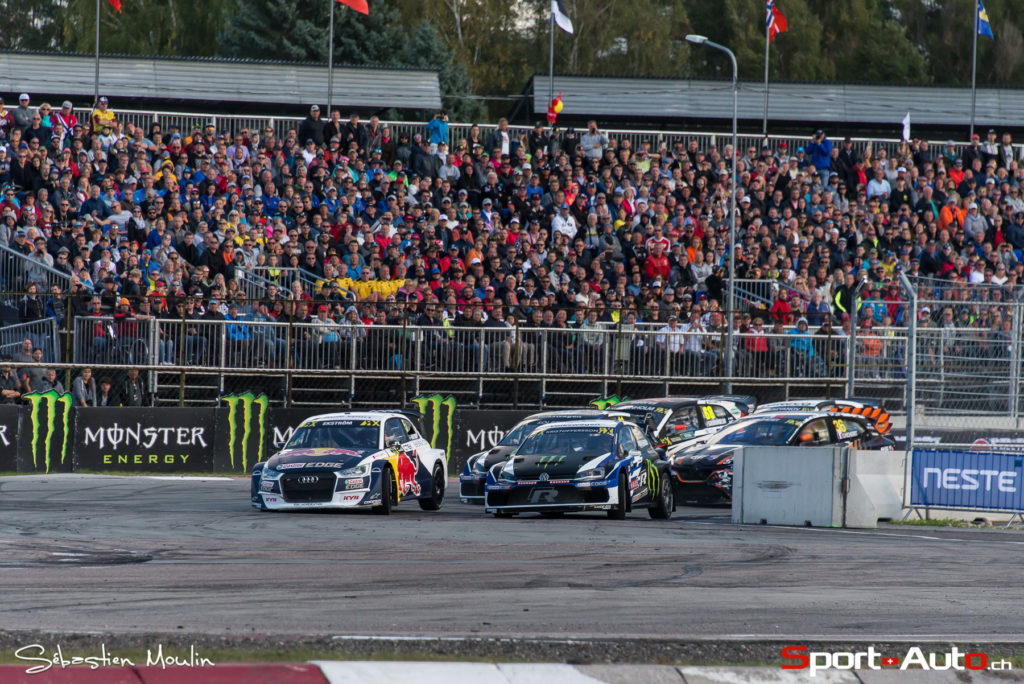 EKS Audi Sport celebrate a podium finish for the sixth time in the current FIA World Rallycross Championship season: at the ninth round of the season in the Latvian capital Riga, Mattias Ekström in the Audi S1 EKS RX quattro finished second, only 2.3 seconds behind the winner and championship leader Johan Kristoffersson (Volkswagen).

The road for Mattias Ekström to the silver trophy went very smoothly: by being placed third in the intermediate results, the Swede qualified for the semi-final where he clinched a place in the final after finishing second behind Kristoffersson. In the crucial race for the best six, Ekström was again only beaten by his Swedish countryman and thus claimed the sixth podium finish for EKS Audi Sport in the 2018 season.

“I’m pleased about the solid weekend, we had several good preliminary races and made great starts,” summarized Ekström. “But I obviously want to win races – and we were very close again here. There are several world championship rounds still ahead of us and we’ll be fighting just as hard.” In the drivers’ classification, Ekström moved up to second place ahead of his team mate Andreas Bakkerud, Audi maintains second place in the teams’ classification. 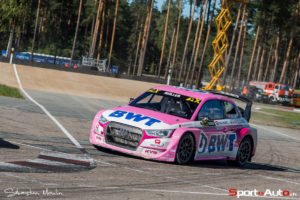 Andreas Bakkerud and DTM star Nico Müller, who contested his first wild card race of the season in Latvia, also qualified for the semi-finals with the Audi S1 EKS RX quattro. However, they were both out of luck: in a collision at the start, Bakkerud’s Audi was pushed into that of Müller. “As a result, my front suspension was damaged,” reported the Swiss driver. As a consequence, both drivers missed making the cut for the final. “It was one of the hardest weekends that I’ve had this season,” said Andreas Bakkerud. “I fought at the beginning with my pace and to find the right set-up. In the semi-final I made a good start, but I got squeezed by the two Peugeots in the first corner and my race was destroyed as a result.”

In only two weeks (September 29–30), the FIA World Rallycross Championship competes at the Circuit of The Americas in Austin (Texas) – the second of three events outside Europe.