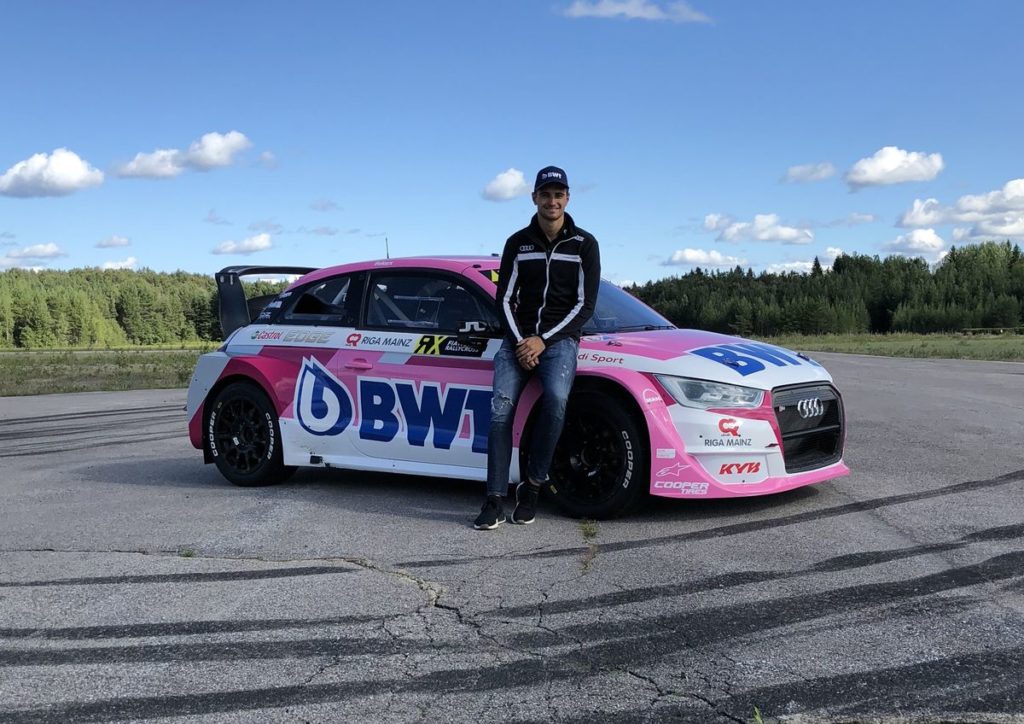 Action aplenty for EKS Audi Sport in the Baltics: in round nine of the FIA World Rallycross Championship (World RX) in Latvia’s capital city of Riga, Andreas Bakkerud and Mattias Ekström will be supported by DTM star Nico Müller at the wheel of a third Audi S1 EKS RX quattro.

In 2017, the youngster from Switzerland caused a small sensation: the rookie, in his second appearance in the World RX, instantly qualified for the final of the top six. “In view of the gyus competing there, repeating this will be anything but easy,” says the Audi factory driver. “But, obviously, I’ll give my best and am extremely excited about the event.”

Visually, Müller’s car will be pretty conspicuous in the field of supercars with about 600 horsepower: It will sport the pink of BWT, Europe’s number one in water technology. Since the beginning of the year, BWT is a personal sponsor of the all-rounder, who alongside his job in the DTM is also involved as a test and reserve driver in Audi’s Formula E project and regularly competes with the Audi R8 LMS in GT3 races.

Mattias Ekström and Andreas Bakkerud will be on the grid sporting Red Bull’s colors as usual. In the previous World RX rounds at Riga, both drivers also made it into the finals. Ekström has finished runner-up twice to date and Bakkerud placed fourth on two occasions.

“Riga is one of the best organized events of the year,” says Mattias Ekström. “The track is fantastic to race on. I particularly like the big jump and the following hairpin turn – that’s where the stress level for us drivers is especially high. The only negative is that the weather in Riga can be really bad …”

The current World RX runner-up, Andreas Bakkerud, is traveling to Riga with mixed feelings. “This is definitely one of the most exciting races of the year,” says the Norwegian. “It’s cool that the track is so close to the center of the city and the fans from Riga are so enthusiastic. However, for me, personally, this race is the biggest challenge of the year. The track, which is really tricky, suited me neither in testing nor in the previous years. A participation in the final would already be like a small victory for me. As we’re battling for second place in the World Championship, this is a very important race.”

Live coverage of the 2018 FIA World Rallycross Championship (World RX)from Riga will be aired by SPORT1 on Sunday (September 16) from 1 to 3 PM (CEST) both online at www.sport1.de and on TV on SPORT1+. Starting at 9.15 PM, SPORT1 will provide a summary on its main channel.