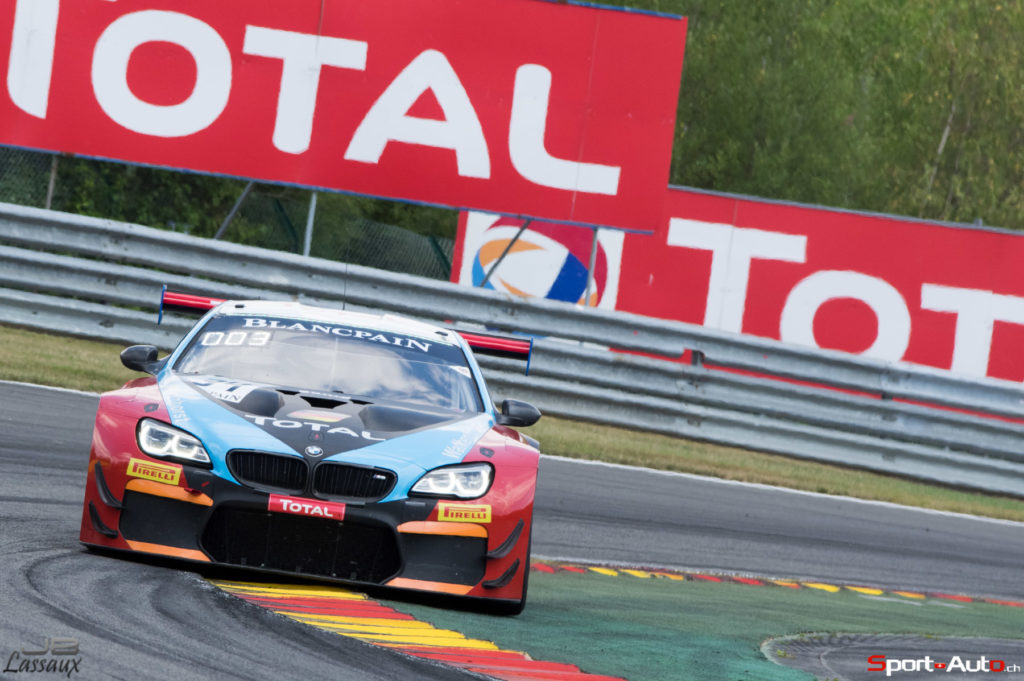 Qualifying for the 70th edition of the Total 24 Hours of Spa resulted in a provisional pole for the #34 Walkenhorst Motorsport BMW. Second and third overall went to two Audi R8 LMS entries, both competing in the Intercontinental GT Challenge, with the #25 Audi Sport Team Saintéloc car just pipping the #2 Audi Sport Team WRT R8. Friday sees the SuperPole session for the twenty fastest cars from qualifying. Among them will be eleven cars competing in the Intercontinental GT Challenge.

The new qualifying system for the Total 24 Hours of Spa – taken from the Blancpain GT Series Endurance Cup – is based on the average time of the three or four drivers from each car. That means that it is imperative to get a decent lap in each of the qualifying sessions.

Most of the drivers at the wheel of Intercontinental GT Challenge cars managed to do so, giving them a top-20 result. That means their cars can participate in Friday’s SuperPole, the deciding session for the first ten rows of the grid.

All four Audi cars nominated for the Intercontinental GT Challenge will be part of SuperPole, as will three Mercedes-AMG entries, two Porsche 911s, one McLaren and one Bentley. The second of the Bentley Team M-Sport cars, the #7 Continental GT3, was unable to restart after Q3 and could not set a lap time during the final qualifying segment, meaning the car will start from the back in the Belgian endurance classic.

Of the competitors fighting for points in the Bronze drivers rankings, the best result in qualifying went to the #175 Sun Energy 1 Team HTP Motorsport Mercedes-AMG of Kenny Habul, runner-up in the Liqui-Moly Bathurst 12 Hour earlier this year. The electric blue Mercedes-AMG will start in 30th position, seven places ahead of the #188 Garage 59 McLaren, which represents the first of the Am Cup runners.

Friday’s SuperPole session starts at 18.30 CEST and will be streamed live on the Intercontinental GT Challenge website and Facebook page.

Fred Vervisch (#25 Audi Sport Team Saintéloc): “There is no extra pressure on my shoulders after joining last year’s winners. I enjoy the trust Audi puts in me to join this team. There is an excellent atmosphere, we are laughing all the time. We have a good average time, and if we can stay out of trouble, I think we will have an enjoyable weekend.”

Nico Müller (#2 Audi Sport Team WRT): “The new qualifying does not change a lot. Once the helmet is on, you aim to go as quickly as possible, and you do not think about a possible mistake. Traffic was an important factor tonight, it was all about getting a clean lap in. Together with my teammates I managed to do that reasonably well. So far, so good.”

0 0 0 0 0
Previous : Successful Total 24 Hours of Spa parade puts fans at the heart of the action
Next : Mads Østberg Fighting for first place !