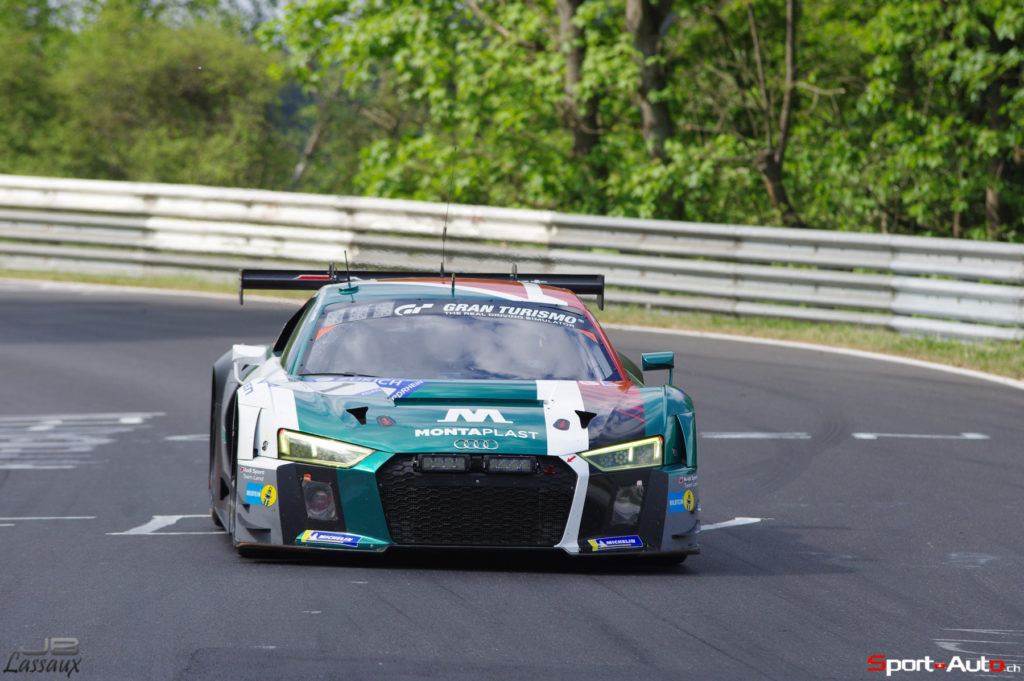 In the 46th running of the Nürburgring 24 Hours, the Eifel region revealed itself at its worst: Audi Sport customer racing had traveled to the world’s biggest automobile race as title defenders, but together with its customer teams suffered some bitter setbacks in the battle for its fifth overall victory. In the end, sixth position by Kelvin van der Linde/Sheldon van der Linde/Christopher Mies/René Rast was the best result in an event in which changeable weather conditions caused the race to be interrupted three and a half hours before the end. The teams contested the final part of the race only after more than a one-hour break.

“On the occasion of Audi Sport customer racing’s tenth anniversary we’d have liked to have shown more to our many fans in terms of the sport,” says Chris Reinke, Head of Audi Sport customer racing. “Our customer teams and the drivers were well prepared and battled for top positions in three different classes. That’s why the results are all the more disappointing. The conditions were extremely difficult, as the interruption of the race showed as well.” The current interim results show the capabilities of the Audi R8 LMS: The GT3 sports car has won the iconic Eifel race an amazing four times to date. The 2018 endurance racing season began well for Audi with a victory in the Bathurst 12 Hour in February. Now the Spa 24 Hours in July will be the next major challenge.

The good performances shown by several customer teams in the classes went unrewarded. Team Phoenix Racing was leading the SP 8 class up until the tenth hour with the Audi R8 LMS GT4. However, in the eleventh hour, the strong junior quartet of Milan Dontje/Xiaole He/Max Hofer/Nicolaj Møller Madsen retired with a powertrain defect. In the hard-fought TCR category, Team Prosport-Performance GmbH took the lead in the sixth hour of racing. The seasoned driver lineup of Christoph Breuer/Jürgen Nett/Markus Oestreich/Kenneth Østvold in the Audi RS 3 LMS was running in front up until the 15th hour of racing, remaining within striking distance up until the 18th hour in second position when a defect ended their race. Meanwhile another Audi Sport customer racing team achieved a positive result in this class. Like last year, Bonk Motorsport clinched a podium finish. Hermann Bock/Max Partl/Rainer Partl/Volker Piepmeyer in the Audi RS 3 LMS of the team based in Münster finished third.