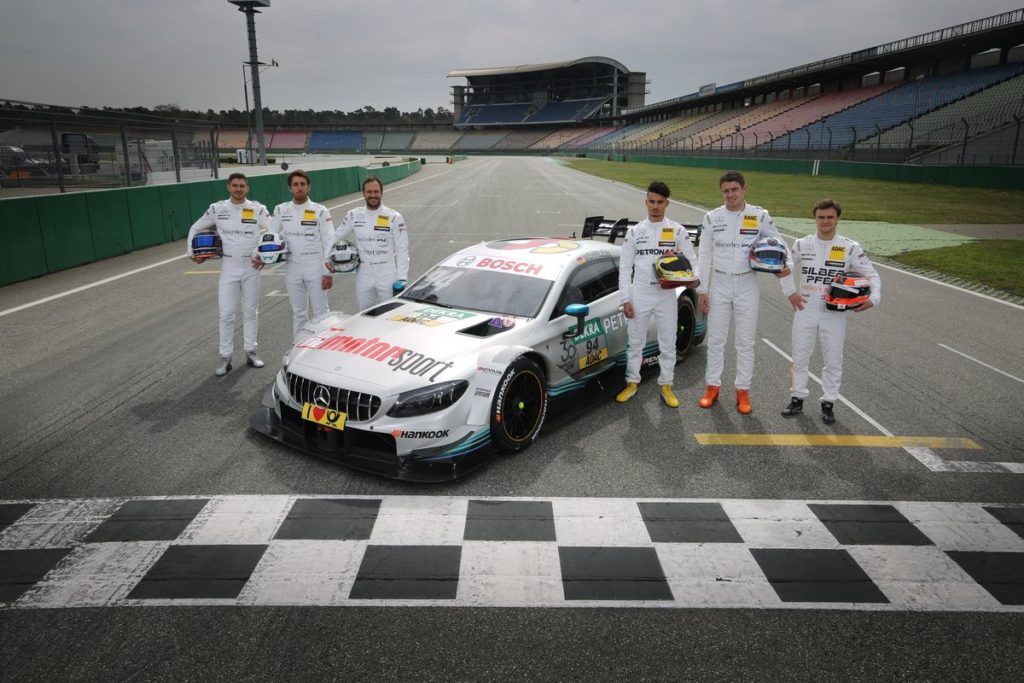 Comments on the DTM race at Hockenheim

“It has been a long winter and a long time since we were at Hockenheim back in October. Quite a lot has changed in the DTM in the meantime. The new rules this year with the standard aero components are making a big difference. We are heading to Hockenheim on a much more level playing field with regards to the cars than we did last year. However, I don’t think we know exactly where we are in comparison to the others. In testing you work on your own car and your own balance and you try to find something you are happy with, but the lap times really don’t mean anything. I was quickest on the second day, but it goes up and down with the different days, and you don’t know what fuel people are running or how long their runs were. Really and truly, it is impossible to know where we are, but we know it is going to be close. The cars are so closely matched, and it will be very competitive. I think if we go there with a good car balance from the start and we do a really good job, we’ve got a chance of winning the race. That’s the perspective we have to have every weekend. I really can’t wait to get going.”

“The countdown is on after the winter break. Hockenheim is obviously a massive race to kickstart the season. Everything is looking good after such a long winter, but we won’t see until next weekend where we stand compared to the others. Obviously, we want to go out with fight and spirit for what is going to be Mercedes-AMG’s last season in DTM. But at the moment, we’re fully focused on the result and aim to be in contention for the championship.”

“We’re finally about to start again. I’m feeling a huge sense of anticipation. At the beginning of April, we had the last tests before the season opener, and I think it will be relatively close. In the build-up to the first race weekend, the tension about the new season and how the teams will measure up is clearly a major factor. Hockenheim is a fantastic track, on which qualifying is important but not decisive. That’s because it offers mega opportunities for overtaking. With the new aerodynamics, the braking points are earlier, which allows you to get stuck in and overtake. It’s no secret that everyone is really up for it after the winter break, so you can expect to see us knocking chunks out of each other. That’s why the start of the season at Hockenheim is always a great weekend. “

“Hockenheim is a very special weekend for me for several reasons. First of all, I’m back in a DTM race for the first time in a long while. At the same time, this season opener will be my first start after sustaining an injury in the run-up to the campaign. When I had the bike accident, I initially thought that I wouldn’t be fit for the start. That’s why it’s fantastic for me that I am actually able to drive. Consequently, I feel absolutely ready for the start of the season, which also falls on the birthday of a friend who died last year. That’s why I’m going into the first race weekend of the season feeling a special mix of emotions.”

“The season opener in Hockenheim is always a great event. It’s important to get into your rhythm again after a long break. I really hope that we can be in contention for the title this year. On the first race weekend, it always comes as a surprise for everyone when we see who’s where and how competitive the teams are. That’s when we finally discover who is in the running for race wins and podium finishes in 2018. Of course, I’m hoping that we’ll be among them.”

“The winter break is always very long in the DTM, so I am all the more looking forward to the start of the season and my first DTM race since 2015. I feel very well prepared in terms of physical fitness, and I also had positive vibes during the tests at Hockenheim. As always, I will be giving it everything I’ve got at Hockenheim, and I can’t wait to see how the weekend will turn out.”& amp; amp; amp; amp; lt; /p>

“The build-up to the DTM weekend, which is coming around at last, is massive, both for the team and for me. Of course, the emotions this year are even more intense than usual, because this will after all be the last time that we go to Hockenheim for a season opener. It is always important to get the season off to a solid start. As the 2018 DTM will certainly be even tighter than in previous years, the margin for error is also smaller. Consequently, everyone in the team will have to focus fully on the upcoming races.”