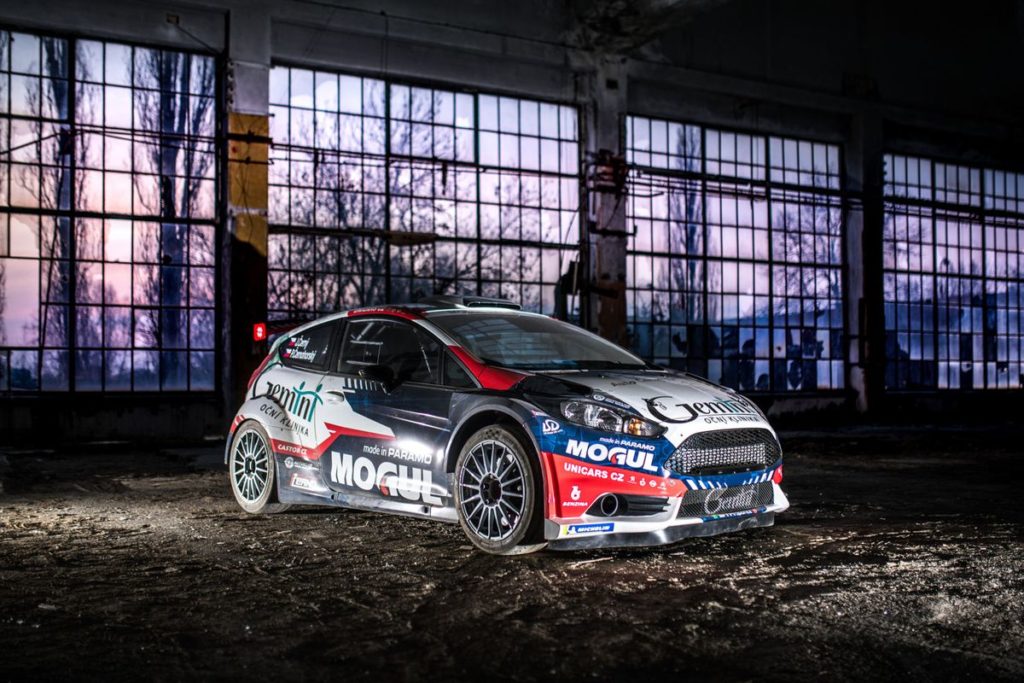 Filip Mareš, who placed third in the 2017 ERC Junior U27 standings in his first season of international competition and is an ERC Junior Experience graduate, will step to an R5 car for a Czech championship bid, which includes the ERC-counting Barum Czech Rally Zlín. Mareš, 26, will be registered for ERC points.

While Brož, 21, will continue in a Peugeot 208 R2, 27-year-old Černý will switch from a ŠKODA Fabia R5 to a Ford Fiesta R5, run by Zlín-based Gemini Clinic, which guided Bryan Bouffier to two ERC victories last year. Petr Černohorský will co-drive with the duo getting their ERC campaign underway on May’s Rally Islas Canarias to avoid a clash with the Czech championship season opener.

Brož, who will be co-driven as usual by Petr Těšínský, will start his ERC Junior U27 bid on this month’s Azores Airlines Rallye. ACCR Czech Team will be eligible for the new-for-2018 ERC Nations’ Cup for teams supported by ASNs.

The Autoklub of the Czech Republic is one of a number of national ASNs actively supporting young drivers in the ERC. RFEDA is funding Efrén Llarena’s ERC Junior U27 programme through its Rally Team Spain initiative, while Tom Kristensson is competing in ERC Junior U27 with support from ADAC, organiser of the ADAC Opel Rallye Cup, which he won in 2017. Meanwhile, Marijan Griebel, a double ERC Junior champion, has enjoyed ADAC’s support for several seasons.

Jean-Baptiste Ley, the ERC Co-ordinator, said: “It is really good news that the Autoklub of the Czech Republic is continuing to invest in young drivers by creating a fantastic opportunity for them to progress from national to international level. In Dominik Brož, Jan Černý and Filip Mareš, the ACCR has three exceptional talents that will only get better with their federation’s support and guidance.”

Tomáš Kunc, Secretary General of the Autoklub of the Czech Republic, said: “The first official participation of the ACCR Czech Team in the ERC in 2017 was very successful and we are pleased the project was a good inspiration for other national federations to do the same. We are really happy that we can support young drivers and fight for the highest placing, not only in the FIA European Rally Championship for Teams but also in the brand new ERC Nations’ Cup. By continuing this project, we are trying to motivate other young talented Czech drivers that they too have the chance to receive the same support and progress.”

0 0 0 0 0
Previous : Toyota drivers begin their Mexican Adventure
Next : Hyundai Motorsport holds an early lead at the end of the opening ten special stages of Rally México