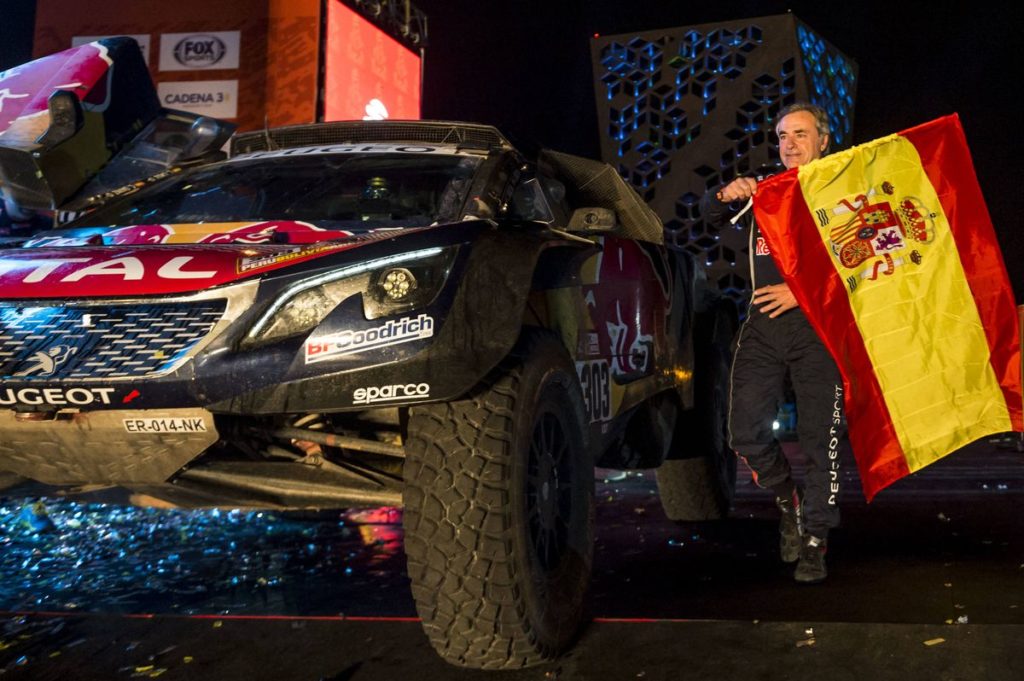 Relief, exhaustion and uncontrollable joy were the mix of emotions at the finish line of the 2018 Dakar Rally. After a 9,000-kilometre, two-week trip through South America every competitor reaching the end of the Dakar is a certified legend. As for the members of the Red Bull Desert Wings squad tasting victory, well those guys are above and beyond. 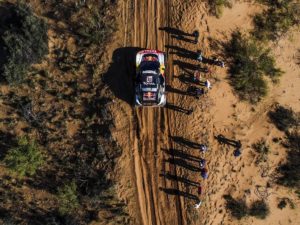 Take Carlos Sainz (ESP) of Team Peugeot Total for example. Already a titan of offroad racing thanks to two World Rally Championship titles plus a previous Dakar win before we even got started this year. ‘El Matador’ maybe in the final straight of his illustrious career but he showed he still has what it takes to pick up the big prizes. As the car category’s frontrunners slipped up one-by-one, Sainz and co-driver Lucas Cruz (ESP) kept their cool to take first place and hold it for the entire second week of the Dakar. Sainz and Cruz’s victory represents the third consecutive Dakar win for Team Peugeot Total.

“This is the hardest Dakar I’ve ever done and that includes the races I did in Africa.” – Carlos Sainz

Joining Sainz on the podium were the Toyota Gazoo Racing SA crews of Nasser Al-Attiyah (QAT)/Mathieu Baumel (FRA) and Giniel De Villiers (ZAF)/Dirk Von Zitzewitz (GER). Nasser fought back from a tough first week of racing to make sure there was pressure on Sainz all the way to the finish line. This runners-up finish is the Qatari’s 6th overall podium of a Dakar career which includes two victories.

“In the first week when we had so many problems I thought our chance to finish on the podium had gone.” – Nasser Al-Attiyah

A late charge up the general classification also saw De Villiers claim another podium finish, but that shouldn’t surprise us too much considering he now has a total of 12 Top 5 finishes at this event.

“This has been a great way to mark the 40th anniversary of the Dakar. The race has been tough and so unpredictable.” – Giniel De Villiers

While we’re on the subject of highly-decorated Dakar contestants we have to mention 13-time Dakar winner Stéphane Peterhansel (FRA) and his co-driver Jean Paul Cottret (FRA). At the Rest Day Stéphane was in the lead and on course for win number 14, but a tough second week saw him finish up in fourth overall. Sainz and Peterhansel’s fellow Peugeot driver Cyril Despres (FRA) played his part in the French manufacturer’s victory as he came to the aid of his team-mates time and time again along with co-driver David Castera (FRA).

“Unfortunately we lost our chance to win in the first week but after that we did what we could to make sure one of our team-mates would win.” – Cyril Despres

It’s also hats off to Kuba Przygonski (POL)/Tom Colsoul (BEL) who parked their MINI in fifth place overall. The result is Przygonski’s best ever Dakar finish in nine attempts spanning both the bike and car categories.

“For me it was the toughest Dakar I have ever experienced. This is my 9th Dakar so I already knew something about this race, but this year it was something different.” – Kuba Przygonski 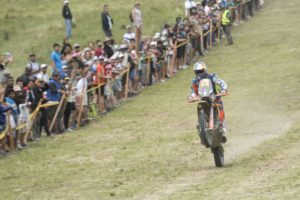 Could the Red Bull KTM Factory Team make it 17 consecutive Dakar bike race wins with another victory in 2018? They sure could! This time they have Matthias Walkner (AUT) in first place as the Austrian manufacturer celebrates an Austrian rider winning the Dakar.

“This was a crazy Dakar with really, really tough navigation this year. Then we had the situation with so many riders so close together at the top of leaderboard.” – Matthias Walkner

Walkner is joined on the podium by team-mate Toby Price (AUS) who finished third overall, one place in front of fellow KTM rider Antoine Méo (FRA).

“From where I was 12 weeks ago with my injury it’s quite incredible to be here at the finish line and standing on the podium. It’s not the step I would pick, but it’s not too bad all things considered.” – Toby Price

Elsewhere in the bike race we’re celebrating the achievements of Laia Sanz (ESP), the Spanish rider was a whisker away from securing her second Top 10 finish. Sanz maintains her proud record of completing every edition of the Dakar she has started.

“My team was fantastic so thanks to them because my bike was great. I’ve started eight Dakars now and I’ve finished them all so that’s not a bad record to have.” – Laia Sanz

We’re also paying tribute to Daniel Nosiglia (BOL), Ivan Cervantes (ESP), Mohammed Balooshi (UAE) and CS Santosh (IND). No other category tests the body and mind quite like the bike contest at the Dakar and every rider crossing the finish line was given a hero’s welcome in Argentina.

We’ve never seen anything quite like how the truck race leaderboard looked with just two stages left to go. There was just one second separating Team Kamaz Master trucker Eduard Nikolaev (RUS) and Iveco driver Federico Villagra (ARG). Nikolaev had the fight his life on his hands if he was to win his third Dakar as a driver. 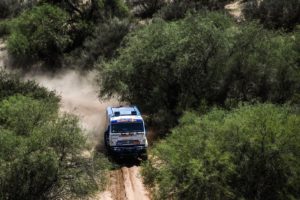 On the penultimate stage the decisive move was made as Nikolaev opened up a gap before Villagra was eventually forced to withdraw from the race. Nikolaev was cheered over the line by the Kamaz crew as he handed them their 8th Dakar win since the race came to South America 10 years ago.

“I can never remember a situation in any category at the Dakar when there was just one second between the two first drivers with just two stages to go. I felt a lot of responsibility at this time to get the job done and I’m glad I was able to perform well.” – Eduard Nikolaev

There was no such drama in the quad race as Ignacio Casale (CHI) controlled the contest from start to finish. Never before in Dakar history have we seen a competitor win the opening stage and maintain that led until the finish line. The Chilean quad biker now has his second Dakar win as he adds to the title he won in 2014.

“You need to keep your cool when you’re leading the race because it brings a different type of pressure. I had this for two weeks so I needed to use my head.” – Ignacio Casale

So that’s the 40th anniversary edition of the world’s toughest rally done and dusted. We’ve had no shortage of intense action on the route through Peru, Bolivia and Argentina. Rally-raid royalty continued to prove their reputations and a new batch of legends has emerged. We look forward to welcoming these brave competitors back to the Dakar in 2019.

0 0 0 0 0
Previous : Regeneration, fitness training and global race appearances: What the BMW DTM drivers work on during winter
Next : Big prize, Training and Career progress opportunities in ERC Junior under 27