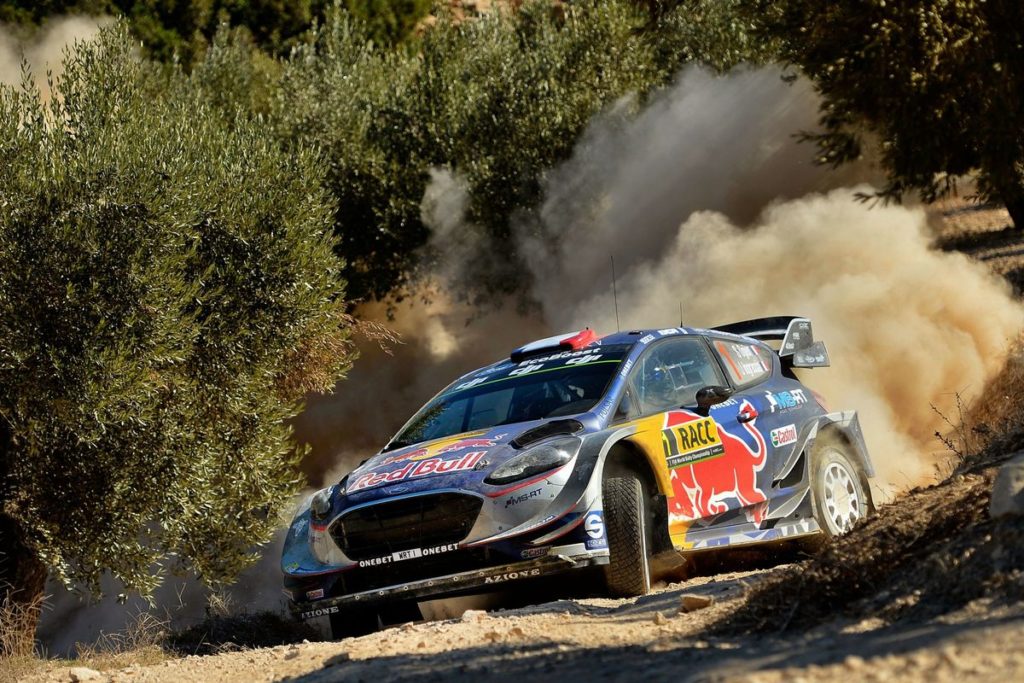 Proving to have the speed on gravel, the Ecoboost-powered Ford Fiesta WRC led the rally for three of the day’s six stages, and M-Sport’s top-specification Fiesta also occupies three of the top-five positions with Ott Tänak in fourth and privateer Mads Østberg in fifth.

Tomorrow, the team aim to prove that the Fiesta is just as competitive on the Spanish Tarmac – the technicians having meticulously transformed each car into their asphalt guises during this evening’s extended 75 minute service.

“We didn’t even expect to be on the podium this evening – not with Sébastien running first and Ott running third on the road – so we can certainly be happy with today’s performance.

“Sébastien has shown everyone why he is a four-time World Champion today. We know that there is a disadvantage running first on the road, but his performance through both passes of Terra Alta was just fantastic. To be in second position at the end of the day and just 1.4 seconds off the lead is incredible and he and Julien have done a brilliant job.

“Ott too has had a really strong drive – especially this morning when he grabbed the lead early on. It’s fair to say that he struggled to find the same rhythm this afternoon, but he’s still right there and we know that he can be just as competitive on asphalt as he is on gravel.

“Elfyn started okay, but it soon became clear that this just wasn’t going to be his day. But tomorrow is another day and I have no doubt that he’ll continue to give it his all.”

Opening the road on the Spanish gravel was never going to be an easy task for Sébastien Ogier and Julien Ingrassia, but the pairing put their expertise to excellent use – delivering a stunning drive to hold an impressive second place at the end of the day.

Proceeded by two shorter stages, the 38.95 kilometres of Terra Alta (SS3 and SS6) would prove pivotal – it’s mix of gravel and asphalt proving the ultimate test of tyre management. And through both passes of the stage, the Frenchman delivered a master class on how to optimise the dual-surface terrain.

Despite his disadvantageous road position, Ogier jumped from seventh to third on the first pass, before posting the fastest time through the second – leaving him a mere 1.4 seconds shy of the lead.

“I’m really happy with our day. It wasn’t easy, but our position this evening is really amazing. Being so close to the lead after a full day opening the road is not something we expected, but it’s a very nice surprise.

“The gaps are all so close so we’re all going to have to keep pushing tomorrow. For sure Andreas [Mikkelsen] and Kris [Meeke] will push hard, but I’ve always had a good feeling with the Fiesta on Tarmac so hopefully we can stay in the fight for the victory.

“But the most important thing for us was to stay ahead of Ott [Tänak] and Thierry [Neuville], which we have managed to do so far. Our target is clear, and we will keep our main focus on Ott, Thierry and the Championship fight.” 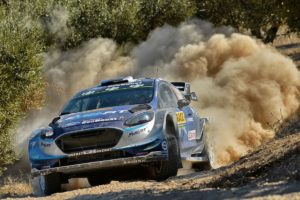 Starting the day strongly, Ott Tänak and Martin Järveoja were on pace from the off – setting the fastest time on the first stage of the rally and leading the event through the first two speed tests.

Catching a slow puncture through the first pass of Terra Alta, the Estonians had to forgo their lead and struggled to find the same rhythm through the afternoon.

That said, the battle is still extremely close and Tänak finds himself in fourth position – just 6.3 seconds adrift of the lead.

“Overall I think the performance has been very good today. We expected to lose quite a lot with the loose gravel but actually the gaps are very small at the end of the day.

“It will definitely still be interesting tomorrow. It looks promising for the moment so let’s see how it goes in the morning and if we can find a good rhythm. These Tarmac roads are very unique but also very enjoyable, so we’ll try to find a good set-up with the car and see what we can do.” 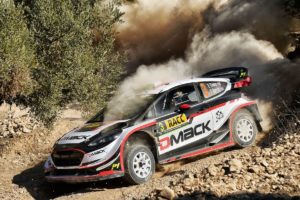 Elfyn Evans and Daniel Barritt got off to a solid start through today’s gravel stages – on pace with their rivals and keeping a close gap to the leading pack.

But as the temperatures rose and the action turned to Terra Alta (SS3) with its mix of both loose- and sealed-surface roads, the Brits started to struggle and fell further adrift of the leaders.

“The feeling in the first two stages was okay but it’s fair to say that we struggled after that. This just wasn’t our day, but we made it through and tomorrow is a completely new day with a completely new surface so let’s see what we can do.”