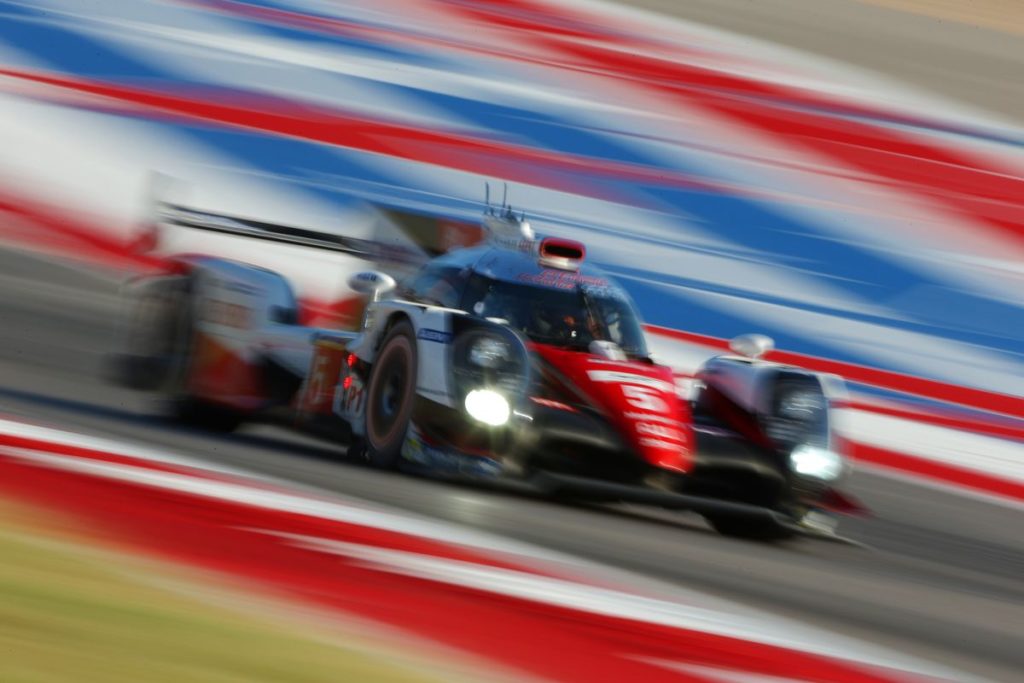 TOYOTA GAZOO Racing heads to Austin, Texas this week for the second North American round of the 2017 FIA World Endurance Championship (WEC), the 6 Hours of Circuit of the Americas.

The team moved directly from Mexico City, venue of the last round on 3 September, to Austin for the sixth round of the season at a track which is hosting WEC for the fifth time.

Mike Conway and Kamui Kobayashi finished on the podium in Austin 12 months ago and will be aiming to repeat that feat, alongside #7 TS050 HYBRID team-mate José María López who will experience the circuit for the first time.

The #8 TS050 HYBRID features a revised driver line-up for this race. Anthony Davidson will not make the trip to Austin due to personal reasons, so his place alongside Sébastien Buemi and Kazuki Nakajima will be taken by Stéphane Sarrazin on a one-off basis.

The team endured a tough race in Mexico, finishing third and fourth after suffering a downforce deficit on rivals Porsche at the high altitude in Mexico City. That saw TOYOTA slip 56.5 points behind in the manufacturers’ standings, with the #8 crew now 41 points adrift in the drivers’.

At around 300m above sea level, the Circuit of the Americas should present no such problem, so the team travels to Texas looking to add to its three podiums at the track by earning a first win there.

The event adopts a different schedule this year, reverting to a daytime race after three years as a day-night contest. That presents a challenge for the team and drivers, with heat and humidity expected to be at their highest soon after the midday race start.

After Austin, the WEC season moves to Asia for the final three races, in Japan, China and Bahrain, which will decide the outcome of the World Championship titles.

Hisatake Murata, Team President: “Anthony will not be with us this weekend but he has our full support and we look forward to seeing him behind the wheel again. We are happy that Austin comes so soon after Mexico, which was not a positive race for us. Everyone is pushing to get a better result this week. The drivers are very motivated to get both cars on the podium and win races again; they fought hard in Mexico and never gave up. The whole team has this fighting spirit so we go to Austin with big hopes.”

Mike Conway (TS050 HYBRID #7): “I am looking forward to Austin because it is one of my favourite events on the calendar. The track is fun to drive, with a really fast first sector. You need a good amount of downforce there so let’s see how we can perform. We have had strong results there in the past and all the team is motivated to fight back strongly after a disappointing race in Mexico.”

Kamui Kobayashi (TS050 HYBRID #7): “Last year our car finished on the podium in Austin after a competitive race against Audi and Porsche so I have nice memories of the track. I think we have a better chance to fight at the front compared to Mexico so we will focus and push for the best possible result. The high temperature there makes it challenging for the drivers so we need to be prepared.”

José María López (TS050 HYBRID #7): “I am really excited to go back to Austin because it is a great place for a race. It will be my first time to race there but I have heard nice things from my team-mates so I cannot wait to learn the track and explore the city. The lay-out looks really interesting, particularly for a car like the TS050 HYBRID. We will take the fight to Porsche and aim to get back on the podium.”

Sébastien Buemi (TS050 HYBRID #8): “Austin is one of my favourite tracks on the WEC calendar; I really like going there because the city, the atmosphere and the track are fantastic. I’m looking forward to having a better race in Austin compared to Mexico, which was a tough weekend for us. It’s nice that there are only a few days between the races so we can get straight back to business again.”

Stéphane Sarrazin (TS050 HYBRID #8): “It’s a surprise to be racing the TS050 HYBRID again this season but I am excited to be back and I’m looking forward to racing with Sébastien, Kazuki and the whole team. I know the Circuit of the Americas well and it’s an impressive circuit, with some great corners. I will give my all to score as many points for the team as possible.”

Kazuki Nakajima (TS050 HYBRID #8): “We are all really motivated to perform strongly in Austin because Mexico was disappointing for us. It should be a better track for us but we have to wait and see how we compare with Porsche. Obviously we want to fight for the win and we will all be working as hard as possible to do that. I haven’t been on the podium there before so that is my target.”