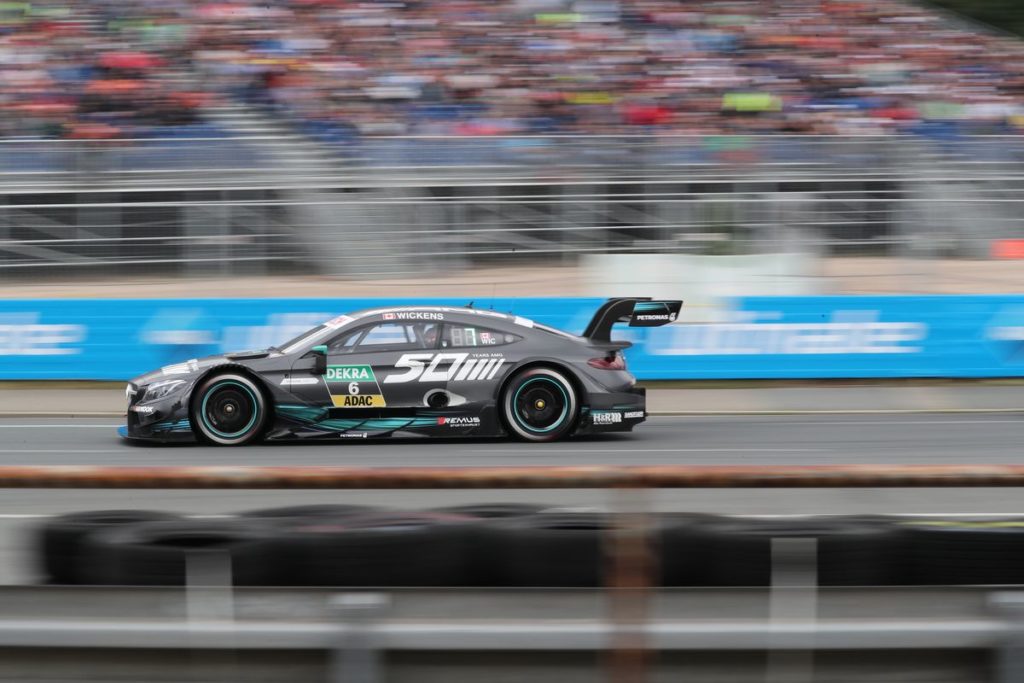 Comments on the DTM races in Moscow

“The Moscow Raceway is incredibly challenging. It has a little bit of everything. The two qualifyings will clearly be the key. Whoever comes out of those ahead already has the race half sewn up. It’s also very important, though, that we identify a setup in free practice that isn’t going to put the tyres under too much stress. As for the championship, I’m sticking to the line that I’m taking each race as it comes.”

“I’ve been really lucky to come out of the crash at Norisring without any serious injury. I feel good and strong, and I’m working as hard as ever to make sure I have a good result in Moscow. The guys have done an incredible job getting another chassis ready for me for Moscow, because mine is not in great shape and it will take a long time to repair. Obviously, it wasn’t the best weekend at Norisring, but we are really prepared for Moscow. I’m looking forward to what will hopefully be a good weekend. I like the track and had pole position there last year.”

“We’re halfway through the season, which is obviously a critical point in the championship. Moscow is a track I like competing on. Hopefully, we can all have a successful weekend and replicate the Saturday we had there last year at a similar crucial stage of the campaign. We will in any case be doing our level best to get the maximum out of the two races.”

“I’m really looking forward to Moscow this weekend. It’s been a tough season so far, but I’m pleased to be going back to a track where I had my first win of 2016. It was a crazy race last year with the weather and everything. I’m therefore pretty excited to be returning to Russia where I can hopefully try to score some good points again. The Norisring didn’t go according to plan at all. Considering we started from the front row on Sunday, leaving with no points is never something that sits well, especially when you have three weeks off between races, which gives you a lot of time to think. We just really need to get back on track and score some good points.”

“I’m looking forward to the weekend in Moscow. It may not be one of my absolute favourite tracks of the year, but after the good results at the Norisring, I’m feeling upbeat about the weekend. We are making progress together, and hopefully we’ll be able to take the next step forward in Moscow.”

“The Moscow Raceway is a new circuit for me. I’ve never been to Russia before, so I’m looking forward to it. I have heard from many of the drivers that the layout is very interesting and offers everything a racetrack needs. Personally, I would like to get back in the groove this weekend and finish in the points. I’ve had problems in this respect over the last two weekends for various reasons.”

“In Moscow, we’ve seen just about everything in recent years. The highlight so far was surely our amazing 1-2-3-4 finish last year. Unfortunately, though, we’ve never been consistently strong there, with each good result being followed by a disappointment. We are working hard to cut a fine figure in both races and to maintain our prospects in all the championships at this halfway point in the season. I’m also hopeful that we can build on our performance of the previous weekend and lay on some spectacular racing again. We can obviously do without an accident such as the one that happened to us at the Norisring, but I would be very happy to see another finish like the one in the last race. And of course, with the same outcome for us.”