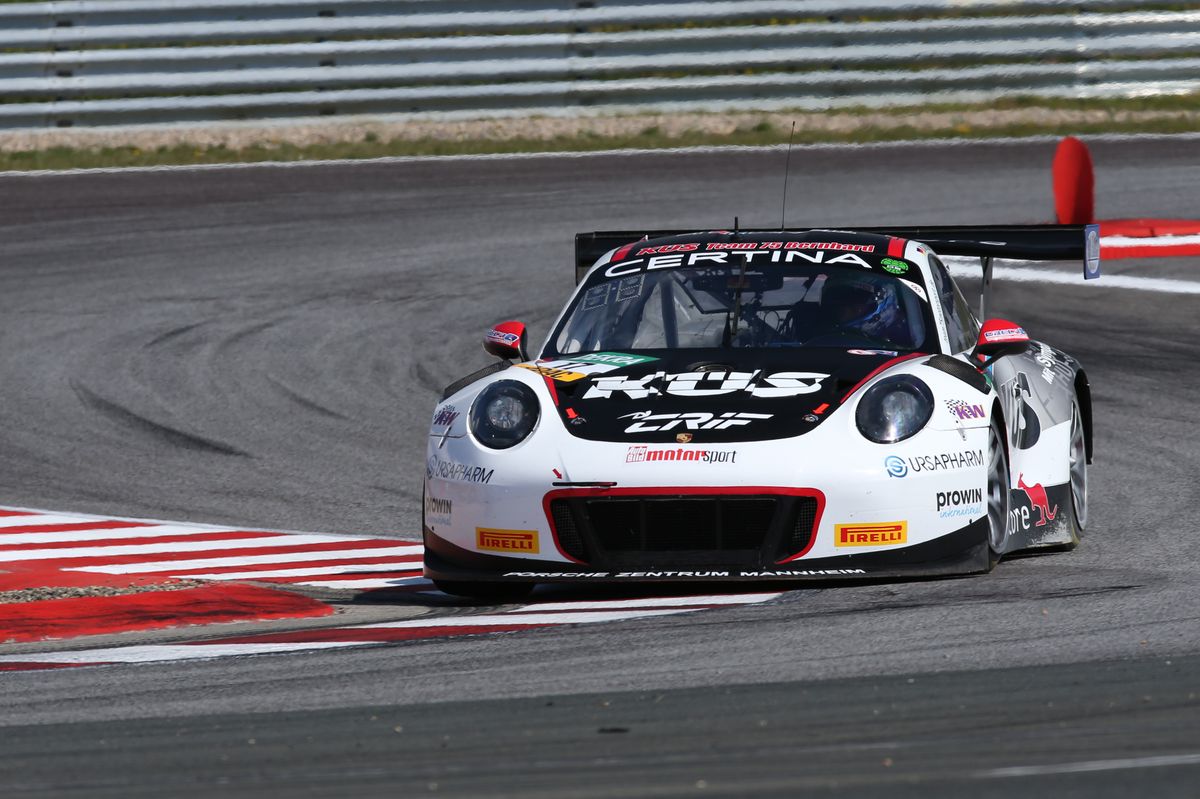 The KÜS Team75 Bernhard will tackle the pro-category of the 24-hour race in Spa-Francorchamps, Belgium, with a Porsche 911 GT3 R. Herberth Motorsport fields two Porsche 911 GT3 R at the event from July 27 to 30 driven by professional and amateur drivers. Inaugurated in 1924, the 24 Hours of Spa has a long tradition.

The squad of the two-time Le Mans winner and team owner Timo Bernhard can rely on the Porsche works drivers Michael Christensen (Denmark), Kévin Estre (France) and Laurens Vanthoor (Belgium). Vanthoor has a wealth of racing experience at his home circuit and won the endurance classic in 2014. One of Herbert Motorsport’s contenders will be manned by Porsche works driver Sven Müller (Germany), Porsche Young Professional Mathieu Jaminet (France) and the amateur pilots Daniel Allemann (Switzerland) and Ralf Bohn (Germany). An all-German driver lineup of Alfred and Robert Renauer, Jürgen Häring and Marc Lieb share driving duties in the sister car. Lieb is the reigning champion of the World Endurance Championship for Drivers, outright winner of the 2016 Le Mans 24-hour race and he climbed to the top of the podium at Spa in 2003.

The 7.004-kilometre circuit of Spa-Francorchamps is known for its high centrifugal forces and legendary passages such as Eau Rouge and Blanchimont. Nestled in the hilly, forested Ardennes region of Belgium, the racetrack often experiences unusual weather conditions with frequent rain. Porsche last won this race in 2010: Victory back then was thanks to Jörg Bergmeister, Wolf Henzler, Romain Dumas and Martin Ragginger in a Porsche 911 GT3 RSR. The “Total 24 Hours of Spa” runs as part of the Blancpain Endurance Series. The presentation of the race cars on Wednesday in a motorcade from the racetrack to the town of Spa has become legendary. The race takes off on Saturday at 16.30 hours.

Kévin Estre: “Last year I had a fantastic season with the Team75 Bernhard squad in the ADAC GT Masters. Together, we notched up four victories. Spa is a mega-track and guaranteed to be a physical and mental challenge. The region is known for its constantly changing weather. It’s difficult to contest the Spa 24 Hours without rain. On the other hand, it can get really hot. Either way, I’m looking forward to it.”

Michael Christensen: “I’m excited to contest the 24 Hours of Spa with KÜS Team75 Bernhard. I have great memories of the team and it’ll definitely be an exciting event. I have two strong teammates with Kévin and Laurens and we’ll have a great race.”

Laurens Vanthoor: “When I joined Porsche, I had the dream of contesting the four major GT3 races: Bathurst, Nürburgring, Spa and Macau. I’m very much looking forward to competing again at the 24 Hours of Spa. I won the race in 2014. This is the first 24-hour race for KÜS Team75 Bernhard, but I like the idea of a small squad working closely together. We’ll be facing much more experienced factory teams, but I’m confident that we’ll be able to fight for a podium spot.”

Timo Bernhard, team owner of KÜS Team75 Bernhard: “The 24 Hours of Spa will be the first 24-hour race for our fledgling team. I’m very proud of our squad’s performance and development to now. Joining the long-distance scene was always one of our goals. And amongst endurance classics, Spa is one of the ultimate highlights. We’ll put our 911 GT3 R on the track with a top driver lineup: Michael Christensen, Kévin Estre and Laurens Vanthoor are some of the best pilots in the endurance scene. Our aim is to learn as much as possible and do a good job. I’ll be at the racetrack for the entire time. We’ll divide up the jobs amongst the team management. It’ll be something new for me to watch a 24-hour race from the command post.”

Sven Müller: “Spa is one of my favourite racetracks and I’ve always managed to achieve good results there. When I contested the WEC race there, Kévin Estre and I clinched third place. I’ve also climbed the Spa podium three times in the Porsche Mobil 1 Supercup, two of them as the winner. I’m really looking forward to driving there and to take part in a Blancpain race for the first time. With Mathieu and the two fast amateur drivers, we have good chances with Herberth Motorsport.”

Alfred Renauer, Team owner of Herberth Motorsport: “We’re fielding two really good cars in the Pro class at Spa. The race is a highlight of our Blancpain season, and many drivers from other series such as the DTM and the WEC will be competing there, too. As a team, we have a lot of experience at 24-hour events and we’ve also achieved successes at Dubai, Barcelona and two times at Paul Ricard.”