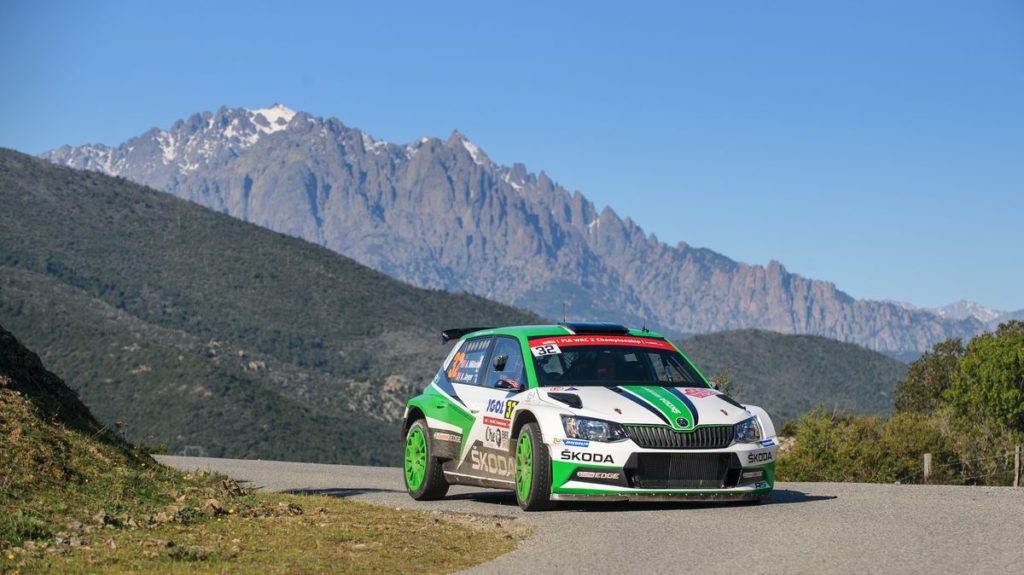 Andreas Mikkelsen and co-driver Anders Jæger-Synnevaag remain unstoppable with their ŠKODA FABIA R5 in the hard-fought WRC 2 category at the Tour de Corse. After two of three legs, the Norwegian pair is in the lead ahead of Finns Teemu Suninen/Mikko Markkula and currently occupy an outstanding seventh place in the overall classification. Having suffered steering problems during the first leg on Saturday, Jan Kopecký and co-driver Pavel Dresler in the second works ŠKODA FABIA R5 fought their way up to seventh place with a series of excellent times. As a result, they still have their sights firmly set on valuable championship points in the WRC 2.

“I was a bit too careful on the first special stage on Saturday – and because it was about 49 kilometres long, I immediately lost a lot of time,” admits Andreas Mikkelsen. One stage later, he set again a dominant fastest time. As on the previous day, the Norwegian ŠKODA factory driver drove again with controlled risk in the fight at the WRC 2 competition, building his lead to more than one minute by the end of the second leg in Bastia.

In an act of brute force on Friday, Jan Kopecký brought his ŠKODA FABIA R5 across the line without power steering. Despite sore arms and shoulders, the Czech champion delivered excellent times on Saturday that brought him up to seventh place. “Thanks to my mechanics, my ŠKODA FABIA R5 ran perfectly today.”

The final day of the Tour de Corse awaits on Sunday with the special stage from Antisanti to Poggio di Nazza. At around 54 kilometres, it’s the longest tarmac stage the teams will face in the world championship.