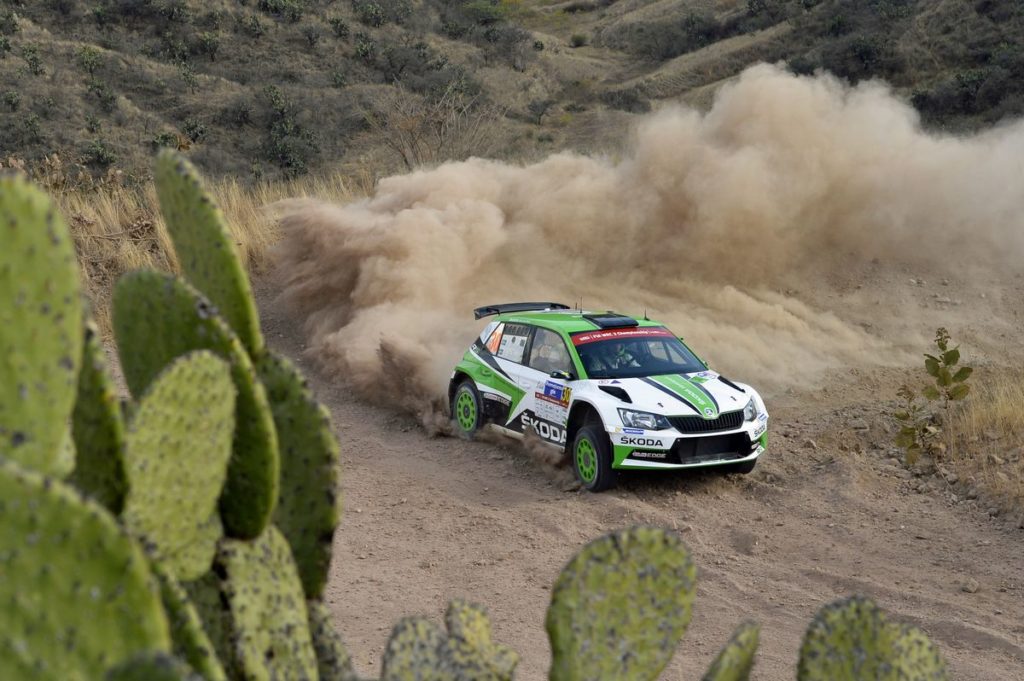 Pontus Tidemand/Jonas Andersson (S/S) emerged triumphant from a dramatic duel to win the Rally Mexico and continue ŠKODA’s winning run in the FIA World Rally Championship (WRC 2). At the end of the 295 kilometres of special stage, the new world championship leader finished 42.7 seconds clear of rivals Eric Camilli/Benjamin Veillas (F/F). Starting last season, 13 of the last 14 rounds of the world championship have now been won by drivers in a ŠKODA FABIA R5.

“I am proud of my drivers and the entire team. This rally was not for the faint-hearted, but Pontus Tidemand and Jonas Andersson kept a cool head to clinch a hugely important win,” said ŠKODA Motorsport Director Michal Hrabánek. The latest success was more proof of just how fast and reliable the ŠKODA FABIA R5 is: “The Rally Mexico was really the ultimate test of durability. From the asphalt roads in the capital, the route climbed on gravel routes to almost 2750 metres above sea level and the highest point in the World Rally Championship. Our rally car ran perfectly in all conditions.”

26-year-old ŠKODA works driver Pontus Tidemand put on a great show for the Mexican rally fans. Over the course of the four days, he was embroiled in a thrilling battle for the win with Eric Camilli, with the lead changing hands on several occasions. After Tidemand had ended the opening two days at the top of the standings, Camilli briefly took the lead on Saturday. However, Sweden’s Motorsport Athlete of the Year 2016, who had taken his foot off the gas a little on the tough gravel roads, bounced back in style. Three stage wins in a row in the “Autódromo de León” and on the roads around the service park in the city of León were enough to see him regain top spot in WRC 2.

idemand took a slender lead of 2.0 seconds into the final two stages, and pulled out all the stops. The Swede was 22.5 seconds quicker than Camilli on the 32.96-kilometre “La Calera”, clocking an outstanding time to all but wrap up the win. Tidemand followed this up with another fastest time to bring home the win in style on the closing Power Stage, which was broadcast live on TV. 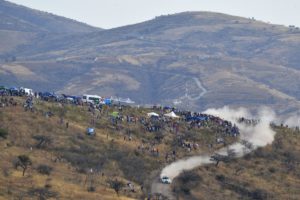 “That was a fantastic battle and a fantastic rally. We gained an incredible amount of experience at our first Rally Mexico. We are delighted with this success and are pleased with the great start we’ve made to the season,” said Sweden’s Motorsport Athlete of the Year. Victory in Mexico sees Tidemand succeed Finland’s Teemu Suninen, who won last year – also at the wheel of a ŠKODA FABIA R5. Local favourite Benito Guerra rounded off an outstanding result for ŠKODA in Mexico with third place in his FABIA R5.

This was Tidemand’s second victory in a row, having previously won his home rally in Sweden. He now stands alone at the top of the WRC 2 standings. With a perfect score of 50 points from two starts, he leads Camilli (42) and Andreas Mikkelsen (25). The Norwegian won the opening race of 2017, the iconic Rally Monte Carlo, in a ŠKODA FABIA R5. As such, reigning WRC 2 champions ŠKODA Motorsport have won the first three world championship rallies of the year.

The number for the Rally Mexico: 11:6

The dramatic duel for the lead in the WRC 2 class at the Rally Mexico was reflected in the battle for individual stage wins. Here too, ŠKODA driver Pontus Tidemand in his FABIA R5 came out on top 11:6 in the head-to-head with Eric Camilli. Two special stages originally scheduled for Friday had to be cancelled, as a traffic jam caused the rally cars to be late leaving the capital Mexico City on their way back to the service park in León.

The 2017 calendar for the FIA World Rally Championship (WRC 2):