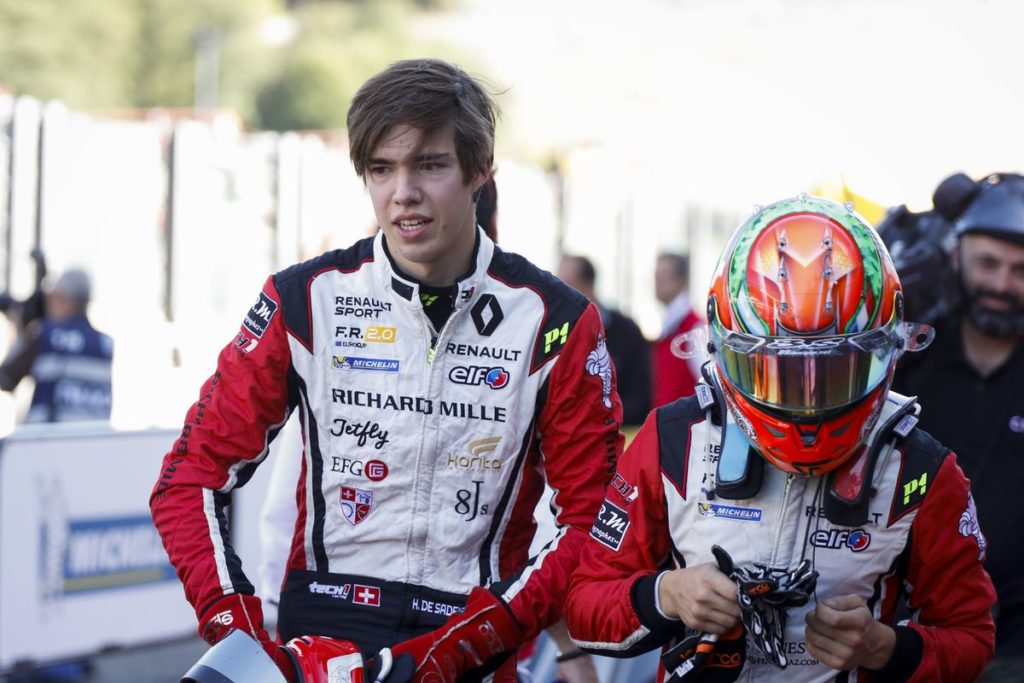 Max Defourny got his Sunday off to a perfect start with the best time of 2:18.039 to take the pole. At the end of a session prematurely interrupted by Ghislain Cordeel (GMMA Formula Racing), the Belgian driver lined up ahead of Jehan Daruvala (Josef Kaufmann Racing), Hugo de Sadeleer and Dorian Boccolacci. Lando Norris was sixth in a session that saw the top 16 covered by less than one second.

Despite a good start, Max Defourny lost the lead to Hugo de Sadeleer while losing an element on his front wing after contact at Combes. While the Swiss driver pulled away with the lead, the Belgian dropped down the order before getting caught up in an accident involving Robert Shwartzman (Josef Kaufmann Racing), Ferdinand Habsburg (Fortec Motorsports) and Gabriel Aubry (Tech 1 Racing). 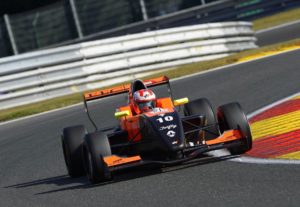 Behind race leader Hugo de Sadeleer, there was action everywhere in the field thanks to the omnipresent drafting on the Belgian track. Dorian Boccolacci ran second, followed by Lando Norris, Sacha Fenestraz (Tech 1 Racing) and Harrison Scott (AVF by Adrián Vallés).

With two laps remaining, Dorian Boccolacci overtook Hugo de Sadeleer, who was then surprised by Lando Norris. The Frenchman went on for the win, with Sacha Fenestraz and Harrison Scott finishing fourth and fifth. Sixth at the chequered flag, wild-card Nikita Troitskiy (Fortec Motorsports) got a two-position penalty as he didn’t give back the positions he gained off-track. Julien Falchero (R-ace GP) and Henrique Chaves (AVF by Adrián Vallés) were then promoted to sixth and seventh while Will Palmer (R-ace GP) and Ferdinand Habsburg completed the top ten. Max Defourny finished 15th.

Hugo de Sadeleer: “The team did a fantastic job when you look at the performance of the four cars over the weekend. I think I could have gotten the pole position this morning if I could have benefited from the draft, but it is better to start a little bit further back at Spa to make the most of this phenomenon! I got another good start, but Dorian was quicker. It would have hard to hold on to the lead even if I was more aggressive, but I had a great time this weekend!”