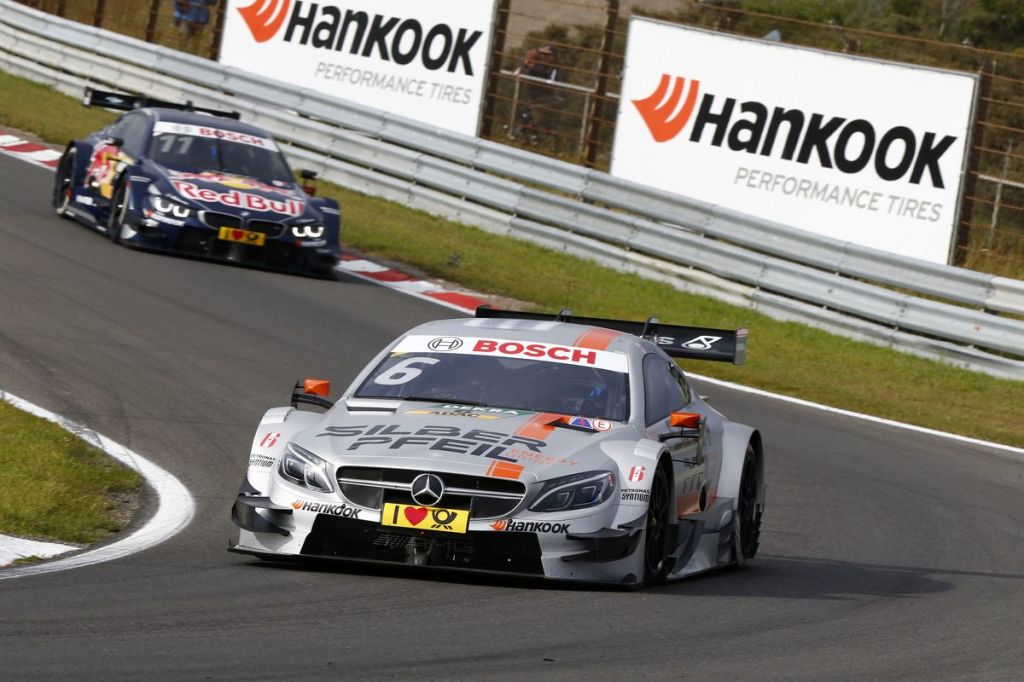 Full speed ahead: Zandvoort is a distant memory from before the summer break as the Mercedes-AMG DTM Team gears up for Moscow.

Comments ahead of the DTM races at Moscow

“The race weekend in Moscow is not going to be easy. The track is very similar to the one in Zandvoort, where it’s always been difficult for me. I’m going to work on that with my team. It’s definitely going to be a tense affair. In the second half of the season, I’m hoping that I can build on the successes of the first. So far, the season has gone very well for me. I’m in among the group of title contenders. After we kept having bad luck in the first half of 2016, we can now turn it round in the second half and benefit from some good luck. It won’t be easy, but we are in any case well placed.”

“I’m looking forward to getting back in the car after the summer break, which was very pleasant. Hopefully, we’ll start the second half of the season well rested and reinvigorated. The coming weeks will be decisive. I hope that we can maintain the speed of the car and then, on the final run-in, be in contention for the championship. During the past four weeks I’ve spent a lot of time at home. I enjoyed the days with my family, but I also did plenty of training. With the break being so long, I’m all the more impatient to get back in the car. The track in Moscow presents us with some challenges. The surface is very smooth and consequently very different from last time at Zandvoort. But I believe that, if we master the medium fast corners well, we can maximise the speed of our car.”

“After the long summer break, we’re getting back into a racing frame of mind. Last year, the two races in Moscow went pretty well for me. I’m therefore hoping that we can build on the successful weekend at Zandvoort. If we manage to do that, we should be competitive on the Moscow Raceway. Then maybe we can finish on the podium again. I’m getting a new team-mate for Moscow in the shape of Felix. But I already know him very well from his role as our test and reserve driver. After Lucas and Esteban, he’s the third rookie team-mate for me in succession. I hope that he quickly finds his feet in the DTM and has a good first race weekend. At the same time, of course, I wish Esteban all the best for his Formula 1 debut in Belgium.”

“The trip to Moscow is always a great adventure. I’ve driven on this track before in Formula 3 and the DTM. There are also some sequences of turns in which you have to take the first few corners just right so you can carry the momentum over into the ones that follow. In some places, you even have to turn in blind. So you could say that this track offers a bit of everything. Ahead of the race weekend, I am confident that we are well set up after the summer break. Even during the break, I was doing motorsport-related things. First, I was at the 24-hour race in Spa, and then I was a co-commentator for Formula 1. Now we’re finally back to racing again!”

“We have a long break behind us, but I made good use of it for training. I also had a lot of fun when I spent a few days on holiday with Dani and Max in Ibiza. But I’m now getting itchy fingers again. In the first half of the season, we had decent straight-line speed, and I’d like to build on that in the second half with some more outstanding results. In the first few races, I was plagued by bad luck. Unfortunately, that cost me a lot of points. But I’ve put all that behind me now. Moscow has not been one of my best tracks in the past. But I believe that we have identified a good setup for this year. My crew have worked hard, and I feel very good in the car. Now I’m hoping that I can convert that into a good performance in Russia.”

“Last year’s race was my first outing on the track in Moscow. This time, I’m going into the race weekend with more experience. After the summer break, I am also highly motivated. The speed is there, but unfortunately the results haven’t always been as desired so far this season. I’m therefore hoping that luck will be more on my side in the remaining races and that I can take the momentum forward into the second half of the season. From a team point of view, I hope that we continue to be in contention, with several of our drivers battling for the championship, and that we manage to retain our title.”

“Moscow is a big occasion for all the drivers. We’ve only been competing at the Moscow Raceway since 2013 but it’s already one of my favourite tracks. The circuit itself is completely new and really cool. Last year, we did rather well there. A special characteristic of Moscow is that the lap times of the entire field are very similar. This makes it particularly challenging. Last year, I was just two tenths off pole position on Sunday, yet still only qualified in P12. Consequently, we must try to work as precisely as possible. If we succeed, we are capable of getting a good result. Before the summer break, I scored my first points of the season at Zandvoort. This was a heartening experience at the end of a difficult first half to the season. I’d like to build on that in Moscow.”

“These are very exciting times for me. First the hard-won second place in the 24-hour race at Spa-Francorchamps and now my DTM debut in Moscow. I’ve been part of the Mercedes-AMG family for many years, and it was always my aim to one day make it into the DTM. Many thanks to the team for having given me this opportunity to prove my ability. I will do my best to repay the confidence they have shown in me. As test and reserve driver, I’ve been a member of this team since the start of the season, so I’ve gained a lot of experience and knowledge that I would like to convert into a good performance in Moscow. I’ve competed at the Moscow Raceway once before; that was a Formula 3 race in 2014. The track is very demanding. The very long back straight offers an overtaking opportunity on the final corner. It’s a mix of fast and slow sections, so I should get a good all-round feel for my Mercedes-AMG C 63 DTM on my debut.”

“Whenever I think about Moscow, it immediately brings back two memories which I’ll cherish for a long time. Firstly, when Pascal won the first of the two races last year in Moscow and took a decisive step towards the championship. Secondly, in the same race, we saw Gary make an incredible charge up the field, advancing from P20 to P7. It would be great if we could come away from this year’s races with equally fond memories. We’ve seen over the last few race weekends that the potential is definitely there – both in terms of the car and of the team and drivers. Obviously, a race like the one we experienced on Sunday at Zandvoort continues to niggle. It was a bitter disappointment to miss out on so many vital championship points in the final five minutes. But we’ve talked about it as a team, and I’ve been really impressed by the morale of the troops. No-one is fretting unduly. Instead, we are seeing a determination to redouble our efforts, which I find impressive. Hopefully, we’ve used up all our bad luck for the season and the team is about to be rewarded for its strong performance. In Felix, we have yet another talented driver making his DTM debut this weekend, one we’ve supported since his time in Formula 3. To some extent, he’s being thrown in at the deep end halfway through the season. But I am convinced that his experience as our test and reserve driver will quickly help him find his feet. I’m curious to see how he and Esteban perform on their debuts in the DTM and F1 respectively over the next two weekends. In any case, they both have what it takes.”

0 0 0 0 0
Previous : Summer trip to Russia: BMW DTM teams in action at the “Moscow Raceway”.
Next : Summer break is over: Audi ready for final DTM sprint