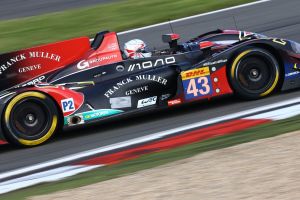 After a podium and a fourth position in the LMP2 class at Spa and the Nurburgring, TEAM SARD MORAND and the #43 Morgan EVO SARD hope for the best in the two forthcoming rounds of the 2015 World Endurance Championship at Austin (TX, USA) and Fuji (Japan).

For his first race with TEAM SARD MORAND at the 6 Hours of the Nurburgring, Archie Hamilton completed a consistent race up to the fourth position in the LMP2 class. Further to this convincing result, Hamilton and TEAM SARD MORAND rapidly came to an agreement to compete once again together in the 6 Hours of the Circuit of The Americas on September 19. So the Briton will team up again with his fellow countryman Oliver Webb and Pierre Ragues from France.

Benoit Morand (Team Manager): “Archie Hamilton’s drive was fully satisfactory at the Nurburgring and both of us rapidly shared the common will to carry on at the Circuit of The Americas. I am very pleased because the combination with Oliver and Pierre is a great promise for another significant race result. I am also very happy to welcome Christopher Cumming at the 6 Hours of Fuji. He is one of the best drivers in the LMPC class over the past few years and TEAM SARD MORAND will give him another opportunity to drive at the highest level of endurance racing after his Le Mans debut last June. I am looking forward to those two races with great expectations!”