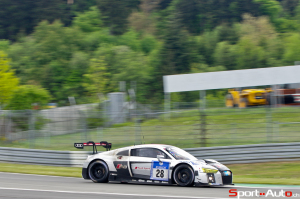 The winners of the 43rd ADAC Zurich 24h Race are Christopher Mies, Edward Sandström, Nico Müller and Laurens Vanthoor. After 156 laps at the combination of GP circuit and Nordschleife, Mies took the chequered flag with the Audi R8 LMS (#28) entered by the Audi Sport Team WRT as race winner. His lead over second-placed Maxim Martin in the BMW Z4 GT3 (#25) of the BMW Sports Trophy Team Marc VDS that was raced by the line-up Maxime Martin, Lucas Luhr, Markus Palttala and Richard Westbrook amounted 40.729 seconds. This was the closest finish in the history of the race. Third place was secured by Peter Dumbreck, Wolf Henzler, Martin Ragginger and Alexandre Imperatori in the Falken Motorsports Porsche 911 GT3 R (#44). 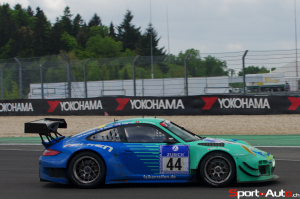 In the closing stages of the unique motor-racing marathon, staying power was the most important attribute. The podium positions deservedly were secured by the teams that set consistently fast lap times throughout the race and were able to contest the entire race without encountering major problems. Due to the changeable weather conditions – particularly in the night – the race proved to be one of the most challenging editions of the recent past. Numerous favourites were forced into early retirements. The competitiveness on the grid was enormous. Temporarily, sports cars of seven different manufacturers held top-10 positions. Over the course of the race, the crowds witnessed 35 changes in the lead – another record in the history of the Eifel classic. 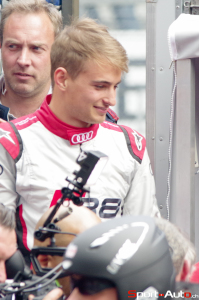 Nico Müller: “It was the first 24h race with the new R8 and to have won it right away demonstrates how good the car really is. We could go flat out and encountered no technical problems whatsoever. A big thank you to Audi and WRT – they provided us with a tool that delivered right from the start and enabled us to celebrate this win, today.” 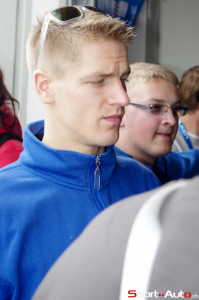 Alexandre Imperatori: “I’m really happy and delighted with having my team-mates. They helped me a lot when it came to learning the track. Fourth in 2014 and now third: that’s fantastic. I hope that we will be able to secure an even better result, next year with the new version of the GT3.”

0 0 0 0 0
Previous : All four Audi R8 LMS cars on the first five rows of the grid for the Nürburgring 24 Hours
Next : Audi R8 LMS Cup – Rahel Frey finds redemption in Korea with Round 4 victory