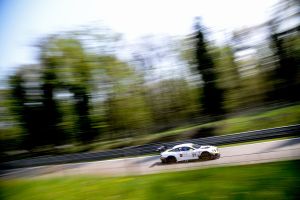 Harold Primat was on course for a strong points finish at this weekend’s 3 Hours of Monza (April 11/12) when Bentley Team HTP’s Continental GT3 was taken out by another car with 45 minutes remaining of the Blancpain Endurance Series season opener.

Harold’s co-driver Mike Parisy was entering the famous Parabolica curve when the #54 McLaren behind him swerved to the right, slammed into the barriers and collected the Bentley after bouncing back onto the track.

HTP’s DNF was all the more frustrating given that it was eyeing sixth place in the Pro Cup category before the incident thanks to momentum gained throughout the weekend. 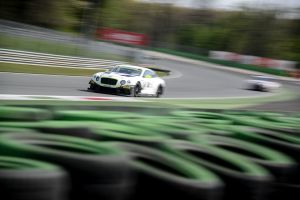 Having struggled with the brake system during Saturday’s free practice, Primat and his crew-mates eventually managed to find a solution in order to up the pace in time for qualifying. An extremely tight and fiercely-contested session saw the trio claim P11 in a 59-car field and secure the fourth fastest time in class – a mere tenth adrift of the leading works Bentley.

HTP’s Vincent Abril made a blinding start and drove a fantastic opening stint, moving the Continental GT3 up to seventh position before the initial round of stops. One quick driver change later and Primat was making his way down pit-lane to join the fray as the race entered its second hour.

Harold’s fast and error-free spell at the wheel saw the Swiss ace battling for position with the #23 Nissan GT-R before handing over to Parisy, who was ultimately denied an opportunity to finish the job. 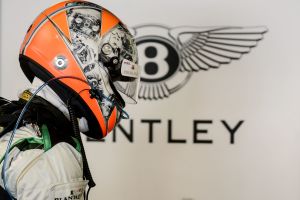 Harold Primat : “It’s a real shame to see our race end like that. Last year we managed to finish all five Blancpain Endurance Series events and were hoping to carry the same momentum to Monza before the stroke of bad luck. Now it’s all about putting this behind us and focussing on what lies ahead.

Having said that, there are a lot of positives to take from the opening weekend. The atmosphere at HTP with Mike and Vincent is great and we really do a good job together. What’s more, the Bentley performs well, which is promising for the upcoming races.

Although we were a bit down on straight-line speed compared to the powerful Ferraris and Lamborghinis, our pace was still good since we matched, if not beat, the works Bentley.

With such a competitive entry list and narrow gaps across the entire field, Monza will definitely go down as a positive weekend no matter what.”

Harold and Bentley Team HTP’s focus now switches to the Nordschleife and round two of this year’s VLN Endurance Championship (April 25) ahead of the Nurburgring 24 Hours on May 14-17.

His next Blancpain Endurance Series outing comes at Silverstone in Great Britain on May 24/25.