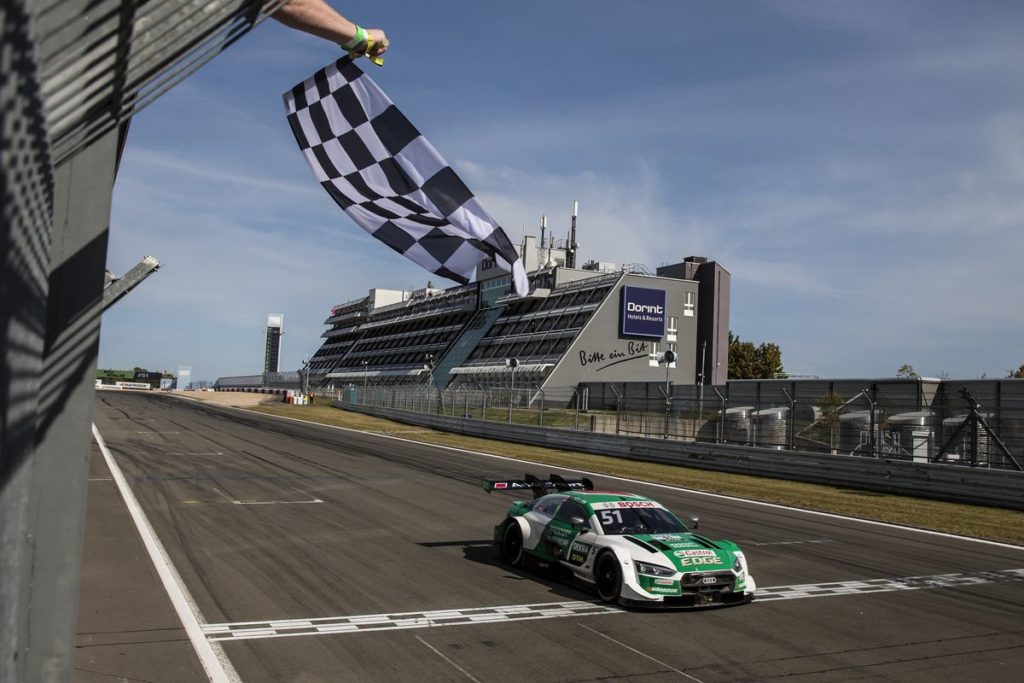 With a dominant win in the second race at the Nürburgring sprint circuit, DTM points’ leader Nico Müller (SUI, Audi) made an impressive comeback. After his bad luck on Saturday as Müller had to make do with fifth following a spin, the Swiss was full of additional ambition and was unbeatable on the following day. His title rival and teammate Robin Frijns (NED, Audi) was second across the finish line, almost twelve seconds in arrears. Nevertheless, it was a good Sunday for the Abt team that celebrated an impressive double success. Defending champion René Rast (GER, Audi) rounded out the podium. Once again, the DTM’s ‘big three’ were on the rostrum. In the manufacturers’ standings, the title has been sealed after the second third of the season already: at 872 points, the brand from Ingolstadt is beyond reach in the lead of the standings. At 356 points, opponent BMW is no longer in a position to close the gap.

There was already a surprise in qualifying, after which not only the ‘usual suspects’ found themselves in the top three. Ferdinand Habsburg moved up into the trio of the fastest drivers after posting the second-fastest time. A small sensation and the best qualifying result to date for the young Austrian and his Audi customer team WRT. In the race, however, Habsburg was unable to make full use of his pace and ended up in sixth place. BMW’s customer team ART also shone in qualifying with seventh place for Robert Kubica (POL), but ran out of luck during the race.

Müller with superior pace at the start of the race

Nico Müller already laid the foundation for his commanding race win shortly after the start: while pole-sitter Frijns initially led the field, the Swiss already overtook Habsburg soon after the race got underway and then put Frijns under pressure. On lap seven, Müller took the lead and continuously extended his margin. Having started fourth on the grid, René Rast drove a race without attracting attention and only once briefly had second place in sight as Frijns rejoined the race after his mandatory pit stop with cold tyres just in front of him, but the Dutchman kept cool and managed to keep Rast at bay. Even though everything was settled at the front pretty soon, spectators in bright sunshine in the Eifel were able to enjoy entertaining racing action in the midfield with numerous position fights.

In the BMW camp, it was again South African Sheldon van der Linde who made his mark by ending up fourth as the best-placed BMW driver. His team RBM had cleverly outfoxed opponent Marco Wittmann (GER, BMW) with an undercut so that the latter had to make do with fifth place. Further down in the field, Philipp Eng (AUT, BMW), Lucas Auer (AUT, BMW) and Jamie Green (GBR, Audi) staged entertaining position fights. Green, however, had bad luck and had to park his RS 5 DTM in the pits with technical problems just before the end of the race. Ex-Formula 1 driver Robert Kubica (POL, BMW), who had caught the attention with a strong seventh place on the grid, had to retire from the race with gearbox failure while running in sixth place.

After the twelfth of this season’s 18 races, Nico Müller has further extended his lead in the drivers’ standings and remains in front at 242 points. Frijns remains close at 224 points, Rast is third with 195 points. DTM action continues from 9-11 October at Zolder in Belgium. And motorsport fans can look forward to thrilling racing action next year as well, because the DTM will be racing from 2021 once again, with changed regulations, but with an equal amount of excitement and fascination.

Gerhard Berger, chairman, ITR e.V. : „We have had two good weekends here at the Nürburgring. We had fans on site for all the races, albeit in limited numbers. The race on Saturday was super exciting: three safety car interventions with great restarts, plenty of position changes and hard fights. On Sunday, it was slightly less spectacular, although conditions were identical: great weather and an excellent track. But that is motorsport! Congratulations to the Abt team that simply is the leading team at the moment. Now, with the future of the DTM having been secured as well, we are looking forward to Zolder with joy!”

Nico Müller (SUI), Audi, winner : “It is nice when you have an advantage, but you never know what happens, whether there will be a safety car intervention or not. Therefore, you can never be relaxed, you have to remain focussed instead. I already turned into the pit lane early for my stop and I knew that my second stint was going to be a really long one. Only five, six laps before the end of the race, I wasn’t that worried anymore, but even then, you never know what can still happen. After two bad days last Sunday and yesterday, this was a successful day for me. Overtaking Robin Frijns was no problem. I think he saw that I was approaching quickly. But between the two of us, it is always smart and fair. For Audi to already seal the manufacturers’ title with six races remaining is a strong statement. We can only say thank you that they have given us such a great tool with the RS 5. Whenever I exit the pit lane with it, I always have a smile on my face.”

Robin Frijns (NED), Audi, 2nd place : “I got a flat spot under braking at an early stage already and had understeer in left-hand corners as a result. Therefore, I didn’t defend that much when Nico Müller overtook me. After that, I tried to keep up, but the gap got bigger and bigger. Moreover, I had to look after my tyres and I noticed that Nico’s tyres were better than mine. Anyway, second place is okay. I will try to get the maximum out of every race. At Zolder, I want to claim these points back again. Audi has been very strong for two or three years and has now again won the manufacturers’ championship early. It is just nice to race the Audi RS 5 DTM.”

René Rast (GER), Audi, 3rd place : “Unfortunately, the pit stop didn’t work out perfectly, there was a problem with a wheel nut on the right rear. But that wasn’t decisive in the end. In my first stint, I was able to keep up. In the second stint, I was lacking grip from the outset. We didn’t have an answer. In the championship, the gap is gradually increasing, that is a bit frustrating. But there are six races still remaining, everything is still open. After all, you never know, I am not giving up putting these two under pressure. That Audi already became manufacturers’ champion today this early is making all of us proud. And I am grateful for being allowed to drive this car.” 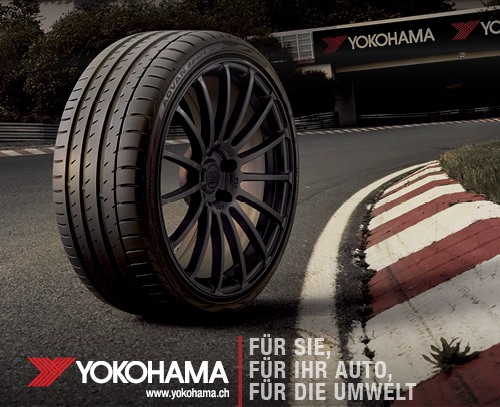